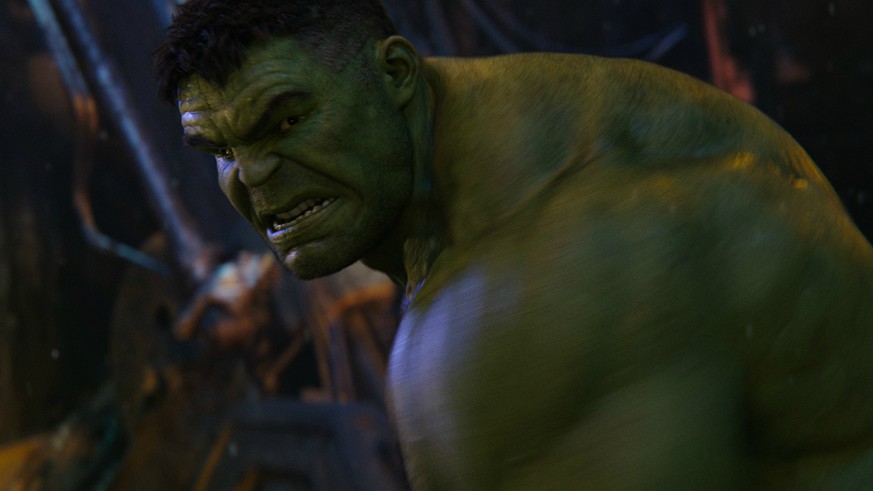 Mark Ruffalo has opened up about going from the meek and intellectual Bruce Banner to the colossal unbridled rage of the Hulk, admitting that he much prefers just being the scientist, especially because of the technological rigmarole required to portray the iconic character.

“The Hulk is hard to play because of the technology,” Ruffalo recently told me over the phone. “It is all filtered through this technological system that is really prohibitive and really difficult. I have a love/hate relationship with it.”

“Because I love the character but the technology I am kind of wrestling with, if I am being completely honest with you. The other actors don’t like to play with him because they are usually looking at tennis ball that is five feet taller than me and strapped to my back.”

“Then I have to act with their belt buckle. Or I am standing on a platform with my crotch in their face, wearing ridiculous pajamas. I find that actors tend to run away from me when I am on set [laughs]. It’s not that that fun to be playing him.”

“Although I love the character. I like the balance of the two. I like playing Banner and I like being able to jump into the Hulk. It feels like it loses something when it is just one without the other. “

I then asked Ruffalo about his process for portraying the Hulk, specifically how he stops the character from being “too cartoonish,” which rightfully provoked him to respond with, “I mean, it could easily go cartoonish, because he is basically a cartoon.”

“I feel like I have done my best to try and ground it in something a little bit more real. And to have him progress in a way that feels natural, considering the screen time that he was given.”

“But I do feel like we have also got to play with the tone. Especially in ‘Thor: Ragnarok.’ The one cool thing about these movies is that the director really dictates the mood of each of one of these universes and movies.”

“So in ‘Thor 3’ the Hulk who is usually a rage machine is actually sweet and funny. So that was fun for me. It was fun to play with the expectations of characters and to put some of it on its head and push those expectations and mythology.”

You can catch up with the Hulk and Bruce Banner right now, as “Avengers: Infinity War” has just been released into cinemas.