Dog the Bounty Hunter might not have a hit television show anymore, but he’s still hunting down the bad guys. His focus right now? A Pennsylvania man who threatened to shoot President Donald Trump.

Shawn Richard Christy, 26, is on the run after he posted Facebook threats focused on John M. Morganelli and President Trump.

“Keep it up Morganelli, I promise I’ll put a bullet in your head as soon as I put one in the head of President Donald J. Trump,” Christy wrote, according to Fox 32. Morganelli is the district attorney of Northampton County in Pennsylvania.

Why Dog the Bounty Hunter is joining the manhunt

Dog — real name Duane Chapman — told the Mansfield News Journal that he was asked by a friend of Christy’s to join the search, adding that he had a “very hot lead” on the fugitive’s location.

“I have delivered messages to him,” Chapman said from his home in Hawaii. “My goal is not to shoot him but get him to surrender.”

He plans to arrive in Mansfield, Pennsylvania on September 27. 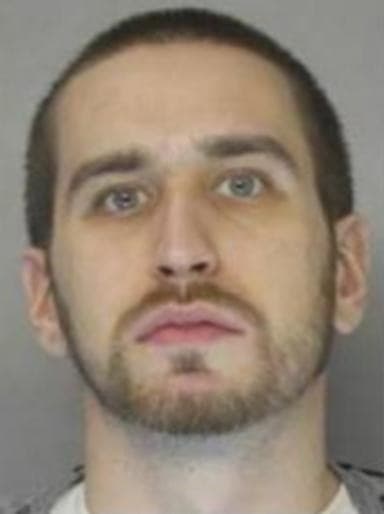 Dog the Bounty Hunter has gone after high-profile criminals in the past — most notably Andrew Luster, the heir to the Max Factor cosmetics fortune who disappeared during his criminal trial. He was accused of drugging and raping three women.

Along with Dog, the FBI and the United States Marshals Service is also on the hunt for Christy.

“This individual does not have the type of respect and or faith in law enforcement and elected officials. He believes he’s the victim and he’s going to do whatever he can to carry out this cause he’s fighting for,” U.S. Marshal Brian Fitzgibbon told the Mansfield News Journal.

“I worked here for two years and I know how good the people are down here, how trustworthy they are. This guy’s going to take advantage of somebody,” Fitzgibbon added. “I harp on it as everyone I come into contact with as we’re coming across fields. Please lock up your dwellings, lock up your garage, lock up your shed, your barns. Look for things that look out of the norm.”

However, Dog believes Christy wrecked his car and is unarmed, though didn’t elaborate on why he thought that way.

“He has firearms. He is a dangerous individual,” he said. “I don’t want anyone trying to arrest him on their own. If you encounter him, please call 911.”