I once knew a woman who had the logo and call letters of a radio station tattooed on her ankle to get a $25 gift certificate to a local restaurant. The gesture seemed like an overboard attempt at a mediocre prize, but apparently she wasn’t so strange after all.

It turns out that plenty of people will get designs permanently inked on their bodies in order to get some grub. And it also turns out that companies — including Domino’s — underestimate that very same thing.

The Russian arm of the Domino’s pizza chain found that out the hard way when they posted a promotion on August 31 promising a lifetime of free pizza to anyone who got the restaurant’s logo tattooed on their bodies.

The promotion was supposed to last until the end of October, but they shut it down on September 5 — less than a week later — because too many people took them up on the offer and it would’ve cost the restaurant millions in lost revenue.

And one look on Instagram shows that yes, that many people are getting tattoos of the Domino’s logo.

Unfortunately for them, Domino’s Russia amended their promotion and are limiting it to the first 350 people, though how they would determine the first 350 is unclear.

Another Domino’s promotion — this time in the United States — ended up giving the chain a lot of positive attention. Earlier this year, Domino’s Paving For Pizza promotion promised to help cities fill in their plethora of potholes. Though the commercials showed Domino’s workers filling potholes, in reality the chain provided $5,000 grants to cities needing help.

In return, the cities had to promise to spray paint the Domino’s logo over any hole filled with materials purchased with the donated funds. 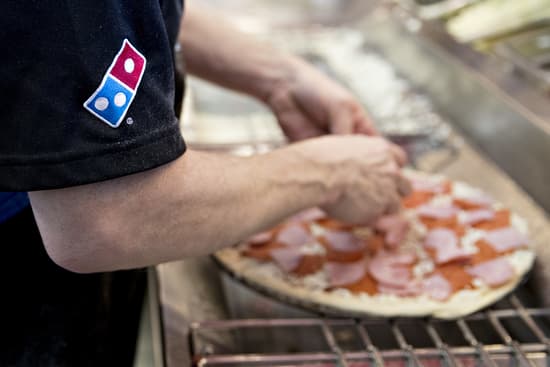 “It didn’t pay for everything, but it certainly was a nice help,” Mark Whitfield Milford, Delaware, public workers director, wrote in an opinion piece for The Washington Post. He added that the donated Domino’s funds helped pay for about 40 pothole fills.

“Having three employees work full-time for six weeks doing nothing but fixing potholes, obviously you rack up a pretty good bill in labor alone.”

And it’s better than losing millions of dollars on a tattoo promotion.