Every Pixar movie ranked, from best to worst – Metro US
Movies

Every Pixar movie ranked, from best to worst 1. ‘Toy Story 2’ (1999)
In the early 2010s, Pixar enraged long-time fans when they revealed their upcoming slate was half-filled with sequels and threequels — a depressing sign that a studio known for blazingly original concepts might be out of ideas. But their third film was not only a sequel — it is, we never tire of arguing, their peak moment. Insanely, it was originally conceived of as a direct-to-video number, presumably to fit in with parent company Disney, who at that time had this notorious habit of making cheapie follow-ups to their classics (“The Lion King II: Simba’s Pride,” “Cinderella II: Dreams Do Come True,” “Bambi II,” etc.).

Then Pixar realized their latest was A-picture material. They were right: “Toy Story 2” takes the grim hook of the original and takes it straight in the brink, with Woody realizing that his beloved Andy will definitely grow too old to play with him and hatching a scheme to find his life’s second act. It’s existentialism for toys, all the more gutting because neither path Woody can take — stay with Andy and be forgotten; leave Andy and be stuck in a museum, forever observed by strangers — is particularly attractive.

2. ‘Inside Out’ (2015)
What do little kids make of “Inside Out”? How do they process the plot, which is — we remind you — entirely about a little girl realizing that the world can be a scary and cruel place, that happiness is fleeting, that life, essentially, sucks? We’d love to read that child psychology paper. For adults, this is the most upsetting film Pixar has ever made, allowing them to relive that moment when childhood ended. But it still has the “Pixar touch,” which isn’t just a blend of comedy and heart but a blend of comedy and heart and brutal honesty. And if you care, we’re firmly in Team Bing Bong.

3. ‘WALL-E’ (2008)
The opening half-hour is some of Pixar’s finest work, but not because it’s pure Pixar — it’s not. It’s a boundlessly creative animation house trying their hand at largely silent (which is to say wordless) filmmaking, telling a story through images and sounds, not language. As for the rest of it, let’s just say they should re-release “WALL-E,” but only in those new theaters where the seats are recliners, with spacious cup-holders and trays — essentially the slothful future laid out by Pixar almost a decade ago.

4. ‘Toy Story’ (1995)
Disney banged one out of their park with its first feature, “Snow White and the Seven Dwarves.” Sure, it’s a bit crude in spots, but the general company voice was fully formed from the get-go, and 80 years later it remains top tier Disney. The same happened with Pixar. 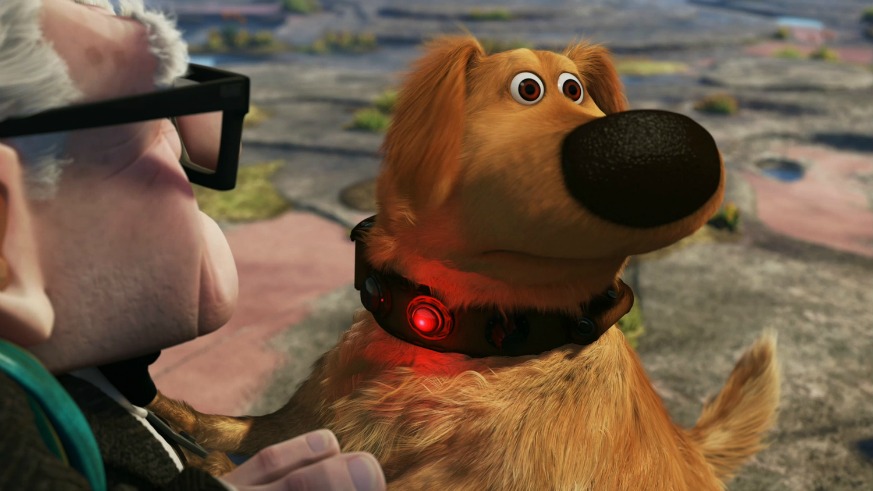 5. ‘Up’ (2009)
The opening could, as Orson Welles said of the Leo McCarey heart-breaker “Make Way for Tomorrow,” make a stone cry. The rest? Some of the loopiest, craziest shit ever dropped into a mainstream animated feature. Talking dogs. A weird bird. Battling geriatrics. And, yes, a house that soars into the air and travels the globe because it’s been fitted with hundreds of standard-issue balloons. It’s still got the “Pixar touch,” but we wish they’d go this strange again.

6. ‘The Incredibles’ (2004)
It plays like the best Marvel film Marvel never made. It’s a better “Watchmen” adaptation than Zack Snyder’s “Watchmen.” It has vaguely Randian/conservative flourishes, about superheroes forced to normalize by a jealous world, but they don’t overpower it. This was the first time Pixar reached outside their bubble of talents, roping in “The Iron Giant”’s Brad Bird then offering him their first-rate services. And how hasn’t Sarah Vowell become a staple of animation voicework?

7. ‘Ratatouille’ (2007)
Brad Bird’s second Pixar outing has even more convoluted, maybe even incoherent ideas about what constitutes greatness. As critics, we’ll defend Anton Ego, the only person who recognizes Remy’s culinary chops because he has a critical eye (or tongue) — yet he’s still a problematic conceit. But as with “The Incredibles,” Bird’s confidence with ambitious storytelling combined with Pixar’s technical prowess add up to a crowd-pleaser that’s also a deeply personal statement — two things you almost never see at the multiplex these days.

8. ‘Toy Story 3’ (2010)
Ignore what we said about “Toy Story 2” taking the original’s existential dread “into the brink”; after all, this is the one where Woody et al. are almost burned alive. This is too close to a repeat of “2,” only with higher stakes, to qualify as an original piece of work. Still, to bring back that Orson Welles quote: It would make a stone cry. 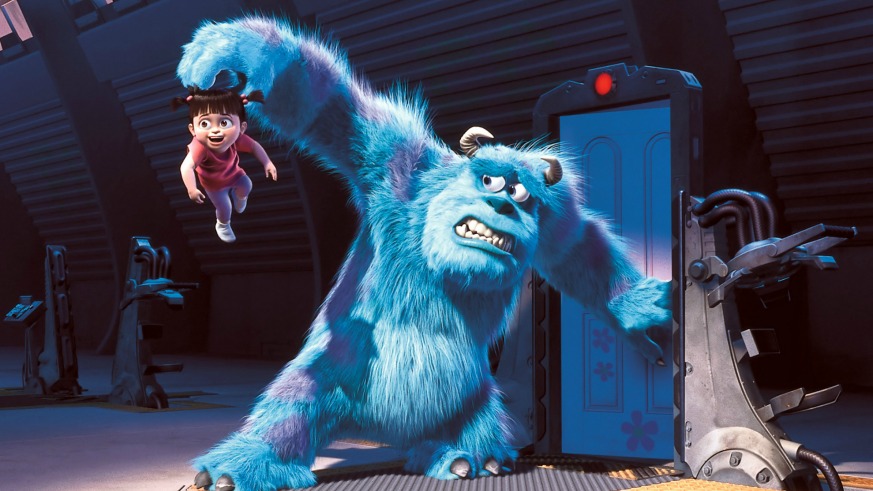 9. ‘Monsters, Inc.’ (2001)
After the bleak-o-rama “Toy Story 2,” Pixar stepped back a bit and made a cute film about a little girl befriending a monster. It’s cute, but it’s still dazzling, and it might have the Pixar climax to beat — a dizzying chase through an endless universe of bedroom doors, taking our heroes and villains all over the world in one furious set piece.

10. ‘Finding Dory’ (2016)
No knock on “Finding Nemo,” but we slightly prefer its belated sequel, which pushes Ellen DeGeneres’ absentminded regal blue tang to the forefront, and is considerably more madcap. The setting, a marine institute, allows for untold creative obstacles and set pieces, and it’s hard not to give the leg up to a movie that climaxes with a grouchy octopus (voice of Ed O’Neill) driving a truck.

11. ‘Finding Nemo’ (2003)
Looked at 14 years later, what might be Pixar’s most beloved film looks downright quaint, going a little easier on the gags, on the set pieces, if certainly not on the animation. Then again, they were wise to cast Albert Brooks as the freaked-out clownfish dad searching for his missing son. His screechy voice adds edge to a film that’s usually as pleasant as a trip to the beach.

12. ‘A Bug’s Life’ (1998)
Pixar’s second feature isn’t as narratively or philosophically ambitious as “Toy Story”; in fact, it’s the umpteenth variation on Akira Kurosawa’s “Seven Samurai” (by way of “Three Amigos!”, that is). But visually it’s an even bigger step-up. Their first cinemascope movie is packed with gags, both visual and aural, and the whole thing moves at a breakneck pace that suggests they should try a pure comedy some time.

13. ‘The Good Dinosaur’ (2015)
This is the runt of the Pixar litter — a famously troubled production that underwent untold changes, whose release date was delayed repeatedly, which arrived in theaters not feeling a lot like a Pixar movie. But Pixar-y or not, we have a huge soft spot for it, in part because it feels so fragile and vulnerable — just like its scaredy-cat dino hero, who really looks and sounds like an insecure kid who’s out of his element. Whatever it is, it’s a good and underrated movie. 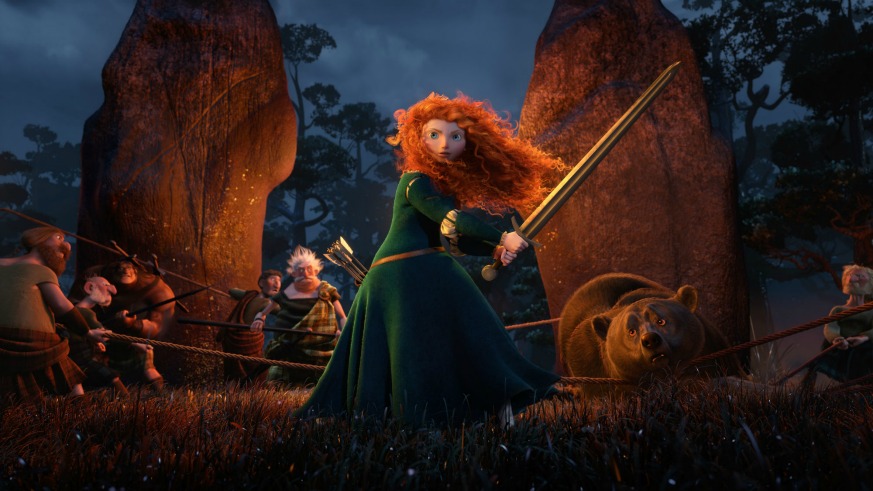 14. ‘Brave’ (2012)
Pixar’s first female-led outing is a fine film if not particularly memorable — though it’s still a movie about a girl whose mother is turned into a bear. Gorgeous-looking, too.

15. ‘Cars 3’ (2017)
The company’s latest definitely doesn’t sound promising; it’s a threequel, and to their worst franchise. (Note that this is the first appearance on this list of a “Cars” film.) So imagine our shock when it we realized it’s one of their most sage films, wise and brutally honest about aging, about retirement, about finding a second act in life. The conclusion Lighting McQueen (Owen Wilson) comes to is very different than the stick-it-out-and-see-what-happens ending of “Toy Story 2.” Then again, 20 years in the game will do that to you. Still, if only it were funnier or had better characterizations.

17. ‘Cars’ (2006)
It was the first dent in the Pixar brand, but if this was a dent, then Pixar was doing just fine. Overhated enough to be underrated, the movie that sold the most Pixar toys — which is why “Cars 2” exists — finds them in a different register: slower, folksier, a little obvious in its messages but the opposite of stupid. It never needed sequels, let alone two of them, but don’t hold that against it.