Everything you need to know about Counterpart season 2 With a trend of mind-bending head trippy shows like Mr. Robot, Black Mirror, and Cary Funkajawa’s Jonah Hill and Emma Stone starring limited series Maniac, Starz moody sci-fi series Counterpart starring J.K. Simmons fits right in with the best of the best. The show won over fans and critics alike, and while the show was beginning production on the new season before the last one finished, it was really inevitable that it would be back.  Here is everything you need to know about Counterpart season 2.

Created and written by Justin Marks, the series follows Simmons’ character Howard Silk as he uncovers the top secret government organization that he works for is actually covering up a parallel world to our own that the government uses to exploit to benefit our society. In the first season, Silk made contact with his … ahem… “Counterpart” to try and blow the whole conspiracy wide open. 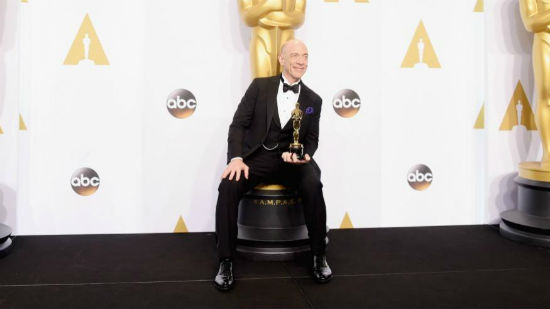 While J.K. Simmons will be back to reprise his role as Silk, he will also be rejoined by Olivia Williams who played Emily Burton Silk, Nicholas Pinnock as Ian Shaw, Harry Lloyd as Peter Quayle, Nazanin Boniadi as Clare, and Sara Serraiocco who played Baldwin.

The last addition to the cast that we know about will be Betty Gabriel, otherwise known as Georgina from Get Out. Gabriel will play the role of Naya Temple who has been described as a former FBI agent hired to right the ship at the Office of Interchange.

From the looks of it, Counterpart season 2 will be a wild ride!

Counterpart season 2 will begin on Sunday, December 9th at 9 pm.