Around 150 million people experience jellyfish stings every year — and over 810 beach-goers in Florida’s Volusia County were treated for jellyfish stings this past Saturday into Monday alone.

Jellyfish stings are painful, and in the most severe cases, deadly. Symptoms include intense stinging, itching, rash and raised welts, while more serious effects include nausea, vomiting, diarrhea and muscle spasms.

University of Florida Health lists the following as “potentially harmful” jellyfish: Portuguese man-of-war, lion’s mane, sea nettle and box jellyfish (which are found in tropical beaches, including in Florida and on the New Jersey coasts).

Worldwide, box jellyfish stings cause more deaths annually than shark attacks, and according to National Geographic, each tentacle has around 5,000 stinging cells. 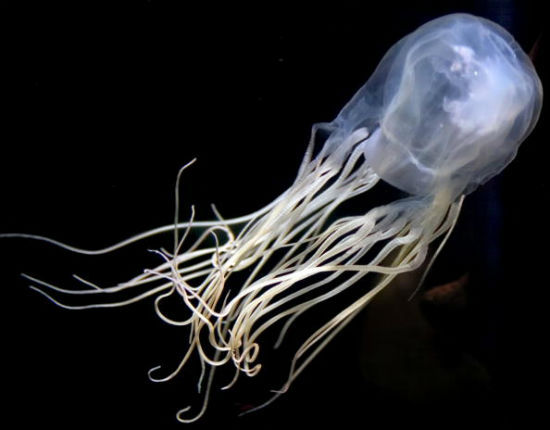 According to USA Today, common remedies for jellyfish stings include rinsing the sting with seawater or urine and peeling off tentacles and stinging cells left on the skin.

The co-author of a 2017 study from the University of Hawaii at Mānoa, Angel Yanagihara, said these remedies are ineffective. Peeling off tentacles without proper treatment first is, in fact, dangerous.

“One of the most commonly repeated recommendations is the use of scraping with a credit card or razor to remove tentacles…,” Yanagihara and co-researchers wrote in the study. This, however, can release stinging cells left on the skin, making the wound worse.

“Many stinging cells are left on the skin after there’s contact with tentacles,” Yanagihara said. “Many of these have not yet discharged and they’re like ticking time bombs.”

Sting No More is one effective way to treat jellyfish stings, topical steroids can also be used to treat swelling and itching.

However, treating jellyfish stings with vinegar is the best way to go because the University of Hawaii at Mānoa study found that vinegar prevents leftover stinging cells from injecting you with more venom.

Next, carefully remove remaining tentacles or stinging cells by “plucking” them off the skin with tweezers. Yanagihara’s study also recommends treating the area affected by jellyfish stings with a hot pack or by submerging it in hot water for 45 minutes. This heat will “inactivate” the venom.

Despite the high number of jellyfish stings in Florida, Tammy Malphurs, Volusia County Beach Safety Captain and Public Information Officer, told USA Today that there were no serious reactions, and the stings were all treated with white vinegar.

How to avoid jellyfish stings

Beach officials can fly purple flags along shores to warn beachgoers about jellyfish and other dangerous marine life near the coast. According to a Volusia County Beach Safety spokeswoman, these flags were flown this past Sunday.

You can also wear shoes while walking on the beach, or drive jellyfish away by shuffling your feet in the shallow water as you walk, according to Weather.com.

If you spot jellyfish in the water, however, you should return to shore immediately.

Malphurs said, “The only way to protect yourself [from jellyfish stings is to] just not go in the water [b]ecause you really can’t see them while you’re in the water, until it’s too late.”