Ahead of Thursday’s season 2 premiere of Star Trek: Discovery, CBS announced that its streaming service, CBS All Access, would be adding yet another original Star Trek property to its catalog. Michelle Yeoh, who plays Captain Philippa Georgiou and her Mirror Universe counterpart Emperor Georgiou in Discovery, is getting her own Star Trek spinoff.

What is Michelle Yeoh’s Star Trek spinoff about?

The news of Yeoh’s Star Trek spinoff comes months after Star Trek: The Next Generation veteran Patrick Stewart revealed that he would be reviving his character Jean-Luc Picard for a new series at CBS All Access. An animated comedy series from Rick and Morty writer Mike McMahan titled Star Trek: Lower Decks is also on the way, so it seems that the CBS streamer is going all-in on all things Star Trek. So what’s the deal with Yeoh’s show? 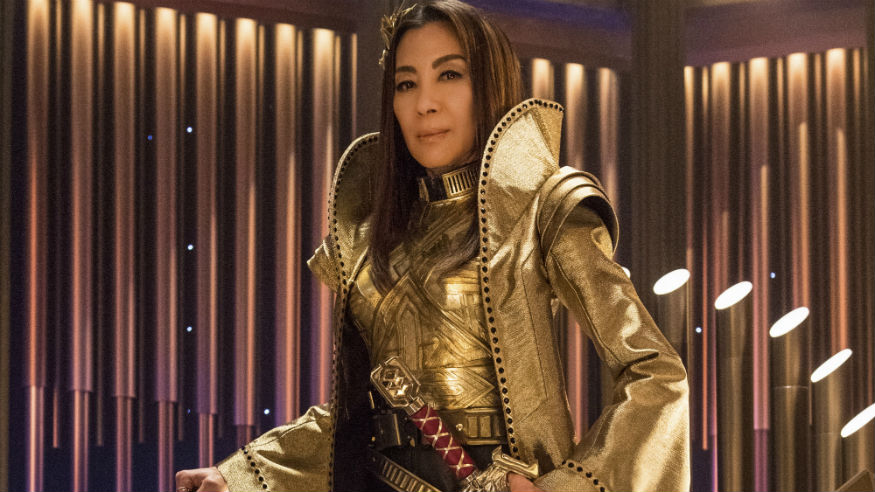 The spinoff with follow Yeoh’s Starfleet officer character and her work as a member of the covert branch Section 31. The secretive organization within Starfleet made its first appearance in an episode of Star Trek: Deep Space Nine. Since then, it has reappeared in Star Trek: Enterprise, Discovery and the second reboot film Star Trek Into Darkness.

“I’m so excited to continue telling these rich Star Trek stories,” Yeoh said in a statement. “Being a part of this universe and this character specifically has been such a joy for me to play. I can’t wait to see where it all goes — certainly, I believe it will go ‘where no WOMAN has ever gone before!'”

Echoing Yeoh’s sentiments, executive producer Alex Kurtzman added that “Michelle has shattered ceilings, broken boundaries, and astonished us with her grace and gravitas for decades. As a human, I adore her. As an actor, I revere her… We’re all thrilled to explore the next wild chapter in the life of Captain Philippa Georgiou.”

Along with Kurtzman, who’s also busy heading up Discovery, Heather Kadin, Rod Roddenberry and Trevor Roth will serve as executive producers on Yeoh’s Star Trek spinoff. Discovery writers Bo Yeon Kim and Erika Lippoldt will serve as the new show’s primary writers. As for a possible release date, the show is still in the early stages of development, so it likely won’t premiere until sometime later this year or early next.

And since the new series is still in early development, chances are there won’t be a teaser or trailer for it until sometime in early 2020… at the earliest. There’s plenty of footage of Yeoh in character as Discovery’s two known incarnations of Georgiou to go around, but none of that will likely be used to promote the spinoff. After all, CBS hasn’t even revealed if the new show is going to be a Discovery prequel, happening concurrently with the events depicted in season 2 (or beyond), or taking place much later.