So President Donald Trump aced the cognitive portion of the physical, but how was it measured anyway? Trump’s perfect score was from what’s called a MoCa test, but what is Montreal Cognitive Assessment and is it hard to pass?

Many Americans had been holding their breath, waiting for the results — if they were even going to be released — from any sort of cognitive exam done on the president. It’s not just his Twitter account that has people worried. White House leaks about Trump’s odd verbal repetitions and staff accounts included in “Fire and Fury” have Americans, from average middle-class voters to trained psychologists, concerned about Trump’s mental fitness for office.

If you haven’t seen the results of the Trump physical, we discuss it here, but what we’re told about his mental fitness is that he scored a 30 out of 30 on a cognition test that many people have never heard of: the Montreal Cognitive Assessment. But what is that anyway?

What is Montreal Cognitive Assessment?

The Montreal Cognitive Assessment, or MoCa test, is a shockingly simple exam for the seriousness of what it’s testing. In fact, it looks more like an elementary school pop quiz than what you might expect from something with the severe designation of cognitive exam.

Questions on cognitive tests like the Montreal Cognitive Assessment aim to tap into specific functions of your brain. “It’s a test mostly for executive functions, and memory. Meaning organization, planning, abstract thinking” the creator of the MoCa test, Ziad Nasreddine, explains. But the Lebanese-Canadian neurologist, who just learn Tuesday afternoon from a reporter that the White House doctor Ronny Jackson had chosen to use his MoCa test, cautioned that the test “is a screening measure” and “has limitations.” 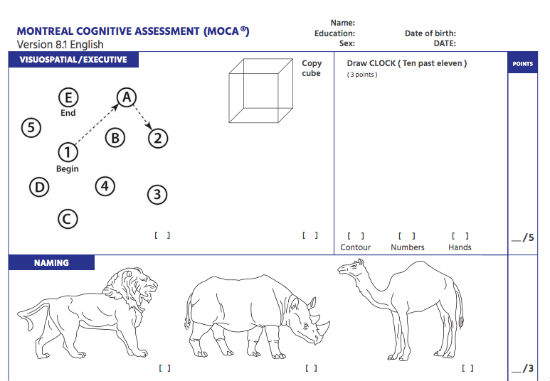 The MoCa test was designed to identify early cognitive decline, which is likely why Dr. Jackson chose this specific test. If the White House wanted to put to rest rumors of cognitive decline, this was a pointed way to address the spreading question of Trump’s mental fitness. Questions include tasks that range from drawing a clock representing a specific time to listing words that begin with a certain letter in a minute.

If that sounds like a test you can ace — or at least get really good at over time — you’ve identified one of the key pitfalls of Montreal Cognitive Assessment. Unfortunately, the test can be tricked, as Dr. Nasreddine himself acknowledges. If you practice the test, the results aren’t going to be genuine.

What is Montreal Cognitive Assessment and what does a MoCa test look like? Check out a sample MoCa test here.

Who needs to take a cognitive test like the Montreal Cognitive Assessment?

The MoCa test isn’t one given out without reason. When it comes down to answering what is Montreal Cognitive Assessment and who are the MoCa tests meant for, we’re talking about people whose friends, family, or caregivers have noticed some potential sign of memory issues or other cognitive problems. It’s not a routine test and is generally only administered after someone expresses concern, though Medicare does cover the exam.

Since Dr. Jackson has been vocal about interacting with Trump daily in the halls of the White House and having no previous concerns about his mental health or faculty, an exam like the MoCa test would not have been administered unless the Trump administration asked for it — which they did. 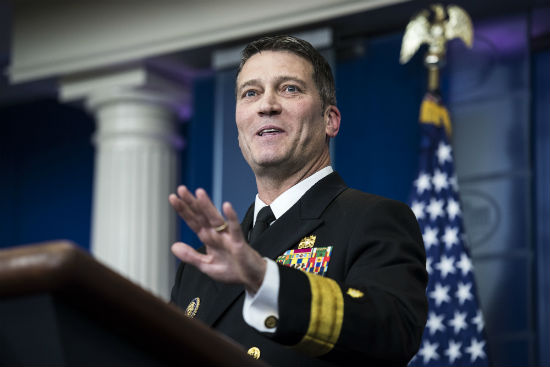 So you shouldn’t be asking for a MoCa test for yourself or a loved one unless you’ve noticed some sign that something’s off. “The value of screening without a complaint has not been established,” Dr. David Knopman, Mayo Clinic neurologist and chair of the Alzheimer’s Association’s medical and scientific advisory council, told CTV News. The test, he cautions, is “not considered definitive,” and is “ultimately only a first pass at cognition.”

So, what do Trump’s MoCa test results tell us?

Dr. Nasreddine was quick to point out that the test doesn’t assess personality, mental illness or “judgement problems,” even though he found it “reassuring” that Trump managed a perfect score. The comfort in Trump’s 30 out of 30 score, Nasreddine explained, is in “the ability of the person to have minimum cognitive function to be able to do important things, in terms of language, memory, executive function.”

People can pass the MoCa test despite also showing signs of memory problems like forgetting appointments or their way home, and may need a closer look at their cognitive function. At the same time, failing the MoCa test isn’t a definitive statement that there’s cognitive impairment or early stages of dementia. It can also point to problems that have solutions, such as attention issues or depression.

When it comes to the Trump physical and his score on the MoCa test, though, it would seem most neurologists would caution putting too much weight on it alone. Cognitive ability needs to be judged by multiple tests and evaluation of day-to-day functioning. Plus, as we pointed out earlier, by even reading sample test questions for Montreal Cognitive Assessment, the results can be thrown off. If Trump was able to read through a sample MoCa test at any point, it could potentially call his score into question.

“If people practice it, guess what? It’s invalid,” Knopman quipped.