Everything you need to know to catch the upcoming Kitten Bowl The team rivalries might be viscous, but there’s one thing everyone can enjoy on Super Bowl Sunday: the Kitten Bowl. Even dog lovers can’t deny the cuteness of the little fluffs. So before you dish out the snacks to your guests and the shade to your rival team, bring family and friends together for a little oohing and ahhing over the adorable kittens.

When is the Kitten Bowl?

Animal Planet and the Hallmark Channel seem to have perfectly planned the space between the Kitten Bowl and the Puppy Bowl to keep the warm and fuzzy feelings going, even if your favorite team has a horrible first half. Though you likely know that the Puppy Bowl takes place during halftime of the Super Bowl, the Kitten Bowl gets a less press, even though it doesn’t compete with other major network events like the Super Bowl Halftime Show.

You can catch the Kitten Bowl V on the Hallmark Channel at 12:00 p.m. EST, long before the kickoff to the big game. Tune in while you’re prepping the Super Bowl snack spread you have planned for your guests. If you’ll be busy tailgating at noon, there’s another opportunity to catch it later that same Sunday at 3:00 p.m. EST.

What can you expect from the Kitten Bowl?

Although the Hallmark Channel has some surprises up their sleeves for the event every year, you can — of course — expect oh-so-cute kittens to run around playing with footballs and other cat toys on a tiny football field. But wait, if you’re also a fan of their furry counterparts, you should know that there will also be puppies. 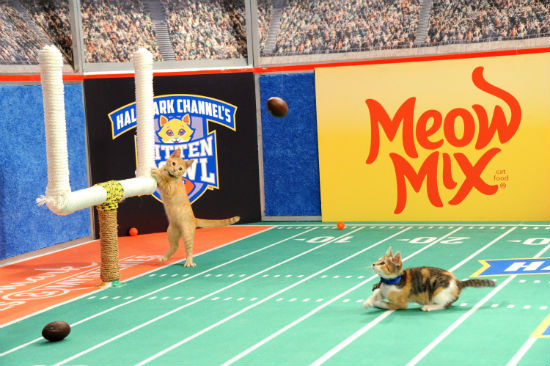 But the adorable event isn’t just in the name of cuteness. It’s also a huge, nationwide adoption event. All the kittens featured need forever homes, so you’ll also get information about each cute contestant as well as adoption stories.

Watch a preview of the Kitten Bowl

Not sure what to expect from the Kitten Bowl? The Hallmark Channel released a preview of this year’s game if you’re curious and want a sneak peek of the cuteness.

If you don’t have cable, or have other plans for your small screens that day, you don’t have to give up on watching the fur balls play ball. The Hallmark Channel has the KittenCam, a live stream of the event, available through their website so you don’t miss out.

See the cats that will be in the Kitten Bowl

There are plenty of cute “cat-letes” taking part in this year’s Kitten Bowl, and the Hallmark Channel knows you want to see more of them than just the game. Meet all the cute cats featured in the Kitten Bowl here, and remember that all those adorable fur balls are eligible for adoption. 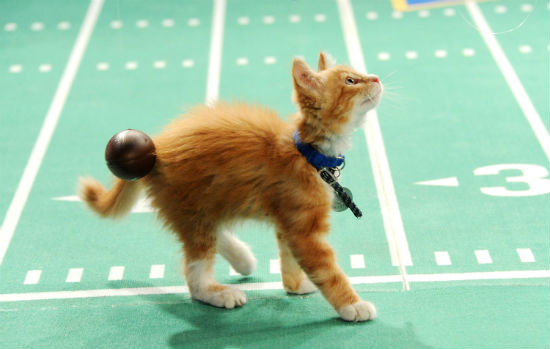 That’s right, if you fall in love with your favorite furry player, you can actually apply to take them home forever. The Kitten Bowl “features countless displaced kittens rescued from the country’s most recent natural disasters,” according to the Hallmark Channel, and the cats featured “will be vying for the National Championship of Feline Football trophy — and a loving, forever home in which to display it.”

And if you want to adopt them all, maybe you should just consider moving to Dublin to become a professional cat cuddler, because a local vet is hiring one.