Fall Foliage 2018: Where to see the leaves change in New York - Metro US
New York

Fall Foliage 2018: Where to see the leaves change in New York

Summer doesn’t officially end until Sept. 22, but the weather is already beginning to change — and that means your three-week window for Peak Fall Foliage 2018 is almost here. If you want to spot the glorious golden and auburn hues before they disappear for the winter, you’ve gotta have a plan.

The fall foliage 2018 forecast has leaves just beginning to change in mid-September, starting with northern New York state in the Northeast. Be sure to check Iloveny.com on Wednesdays beginning Sept. 12 through the end of the season for the most up-to-date fall foliage reports.

Where to see peak fall foliage 2018 in New York 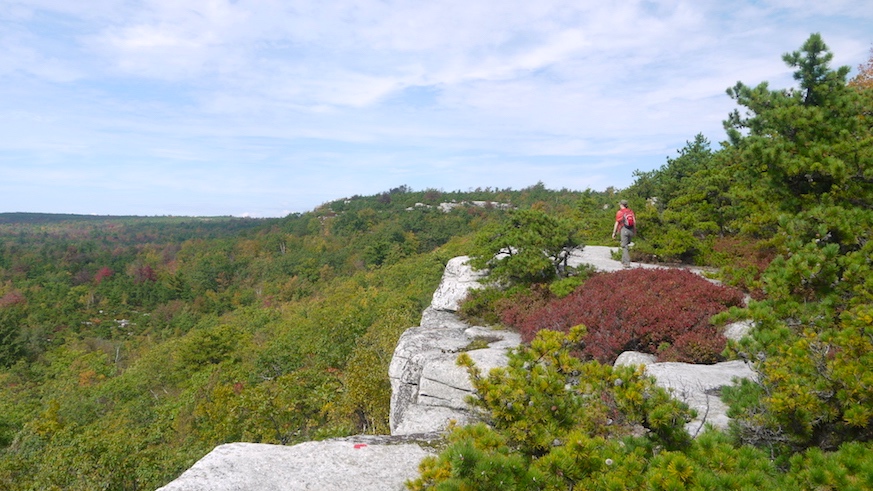 A two- to three-hour drive north brings you to the Catskills region, where you’ll find plenty of places to hike up great lookout points. In Hunter, a steep two-mile trek gets you up to Kaaterskill Falls, the tallest two-tier waterfall in New York state, for leaf-rich views of the Hudson Valley. For a slightly longer trek, hike five miles up to Sam’s Point Preserve, located off Route 52 in Cragsmoor, a national landmark and also the highest point in the Shawagunk Mountains.

An hour away by Metro North, Perkins Memorial Drive at the top of Bear Mountain is the spot for autumnal views of Harriman State Park. Make a day of it: On weekends from Sept. 22 through Nov. 12, take an Oktoberfest-themed Circle Line cruise up the Hudson River to Bear Mountain. In Poughkeepsie, take a stroll across the Walkway Over the Hudson, the longest pedestrian bridge in the world, and peep the foliage along the Hudson River. 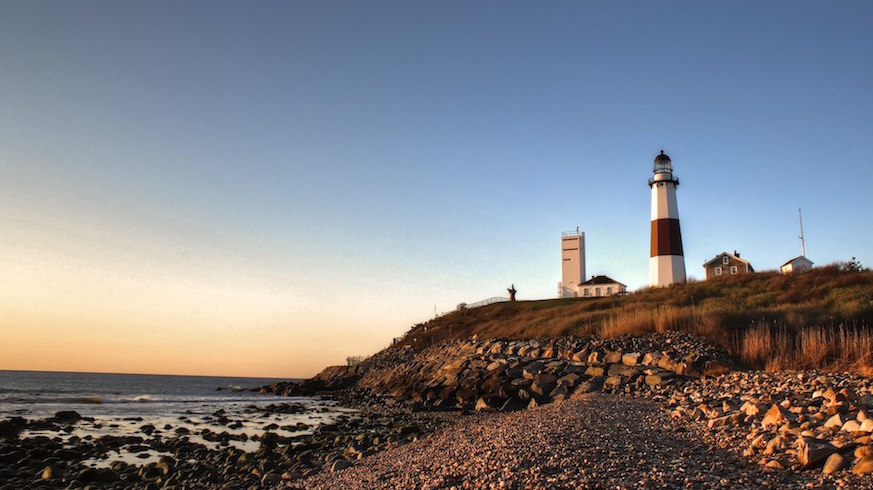 Montauk is lovely — and actually affordable — in the off-season. If you make the trek out east, ascend the Montauk Point Lighthouse for oceanside foliage views. In Port Washington, trudge around Sands Point Preserve, 216 acres of forest and nature trails on the Guggenheim Estate, culminating in steep cliffs overlooking the Long Island Sound.

You can do some quality late-in-the-game leaf peeping within New York City limits. The Empire State Building and One World Observatory offer high vantage points to take in the radiant colors of fall foliage within the city’s parks and Governors Island, and on a clear day and all the way to the Hudson River Valley. In Central Park, the Belvedere Castle promenade (the building is closed for refurbishment through 2019) is the spot to soak in a burst of color from the park’s maples, oaks and elms.