Another week of Fantasy Premier League brings a new slew of sleepers that you can bring in for a lower cost should your virtual money start getting tight.

Here is one player from each position to keep an eye on when putting your team together for GW4. 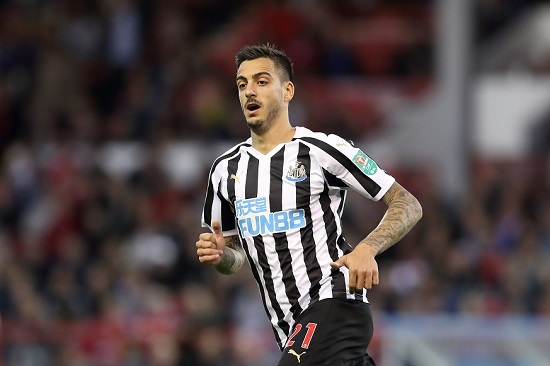 After scoring just four goals in 30 appearances during his debut system for Newcastle in the Premier League last season, Joselu has already poached a pair of goals in his first three matches this year. His tallies came against some quality opponents as well in Tottenham and Chelsea.

He’ll have his hands full once again on Saturday afternoon in Manchester City, who is coming off a surprising draw against Wolverhampton last week.

With just two goals conceded in three matches, City will provide Joselu and Newcastle with their stiffest test, but he’s proven early on that he can score against the big boys.

The English international has turned the page since his exit from Arsenal in the January transfer window. So far this year, he’s having a solid start to the 2018-19 campaign with Everton behind two goals and an assist in his last two matches against Southampton and Bournemouth.

This week he’ll face a Huddersfield side that has allowed nine goals in its first three matches. With Richarlison likely unavailable for Saturday morning, Walcott’s role will be expanded even more.

After a difficult start to the season, an easier slate looks as though it has helped Unai Emery and Arsenal find their footing in the Premier League. A 3-2 defeat to Chelsea was answered by a 3-1 victory over West Ham, its first of the season in which Nacho Monreal led the Gunners backline with 10 fantasy points.

Nacho will be a low-cost option for your defense as Arsenal meets Cardiff City during Matchweek 4, a side that has yet to score a single goal in its first three matches.

While he’s recorded just one clean sheet in his first three matches, Southampton goalkeeper Alex McCarthy has been a busy, consistent performer in Premier League Fantasy. He’s made 14 saves and accrued 15 fantasy points. However, 11 of them came in the Saints’ opening-day match in a goalless draw against Burnley.

McCarthy could very well pick up his second clean sheet of the season this week against Crystal Palace, who has scored just three goals in their first three matches.