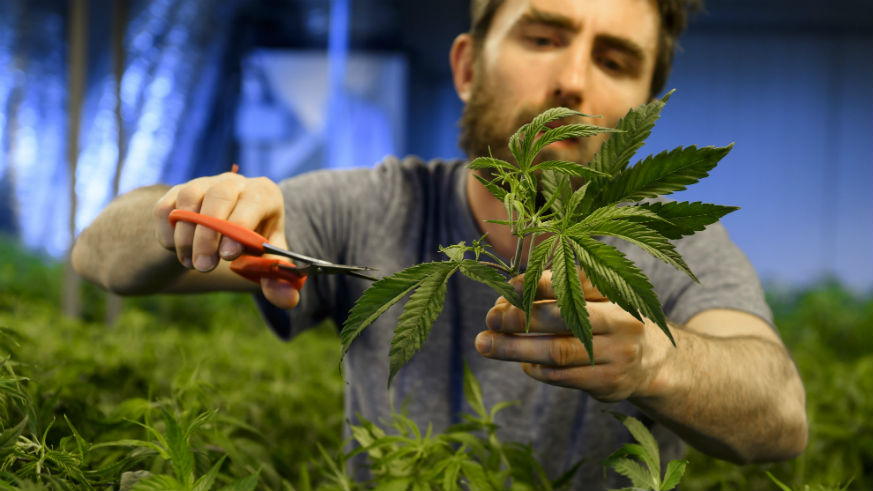 The U.S. Food and Drug Administration issued a word of warning to companies selling marijuana-based health supplements: Stop with wildly inaccurate claims, or else.

In a statement, the FDA said that these companies are “illegally selling products online that claim to prevent, diagnose, treat, or cure cancer without evidence to support these outcomes,” adding that the cannabidiol “is not FDA approved in any drug product for any indication.”

The companies have 15 days to comply with the FDA demands and failing to act could result in “legal action without further notice, including, without limitation, seizure and injunction.”

Why claims that marijuana cures cancer are so damaging

The number of people diagnosed with cancer around the world is expected to grow over 50 percent over the next several years — from 14 million to 21 million by 2030, according to the National Cancer Institute. Treating these cancers with approved treatments like chemotherapy and radiation can have a devastating impact on the body, so a growing number of people are looking at alternative therapies to alleviate — or even cure — the disease.

According to the FDA companies prey on those vulnerable people by making claims that their oils, drops, teas, syrups and topical lotions laced with cannabis derivatives make “cancer cells commit ‘suicide’ without killing other cells” and that they “may be effective in treating tumors from cancer — including breast cancer.”

Researchers at Yale University recently published an analysis of data from the National Cancer Institute and found that of the cancer patients studied, 78.3 percent who went for traditional cancer treatments were still alive after five years, while only 54.7 percent of alternative therapy patients survived. Slick marketing of supplements purported to cure cancer might actually cause even more harm “because they may be unsafe and could prevent a person from seeking an appropriate and potentially life-saving cancer diagnosis or treatment,” Douglas W. Stearn, director of the FDA’s Office of Enforcement and Import Operations, told CNN.

If it isn’t true that marijuana cures cancer, is there any connection between cannabis and cancer?

There might actually be a use for marijuana in cancer treatment. A 2014 study showed that treating aggressive brain cancer tumors with radiotherapy and cannabinoids worked better than radiation or cannabinoids alone — and some of the tumors in lab animals even disappeared.

However, these results are still inconclusive so they’re not a recognized treatment for cancer.

There’s other evidence that medical marijuana can help alleviate the nausea caused by traditional cancer treatments — and it’s shown to have other medical uses, but for now the whole “marijuana cures cancer” thing is just a dream.

“We don’t let companies market products that deliberately prey on sick people with baseless claims that their substance can shrink or cure cancer and we’re not going to look the other way on enforcing these principles when it comes to marijuana-containing products,” FDA Commissioner Scott Gottlieb said in the statement.