Andy Warhol, one of Pittsburgh’s most celebrated artists, also happens to be one of the world’s greatest innovators of modern art and all things “cool.” Since the ‘Burgh was his place of birth, it is also home to The Andy Warhol Museum.

“The Andy Warhol Museum is one of the most requested attractions by the journalists and press tours we host, both domestic and international, regardless of the focus of their visit,” said Craig Davis, president and CEO of VisitPITTSBURGH. “Andy Warhol is an icon and is hugely responsible for making Pittsburgh such a world-renown destination for arts and culture.”

In association with the Carnegie Museums, this seven-story museum displays the largest collection of his artwork, archival materials, and is one of the most finely curated and comprehensive single artist museums in the world. For any Warhol fan, The Warhol Museum is a must-see and the perfect destination for lovers of modern art.

“When visitors come to the museum they are exposed to a personal, much more intimate, perspective on Warhol—one that you wouldn’t find at another museum,” says Jessica Beck, Milton Fine Curator of Art . “Visitors get to see that Warhol was putting out an enormous amount of work during his lifetime, and that within each decade he had different ideas and approaches to art making that was not just about Marilyn Monroe, Campbell’s Soup and the Disaster paintings that he made in the 1960s. He also made film, photography, still-life paintings, portraits, abstract paintings, and large-scale religious works.. There  are many different sides to Warhol  that you can uncover when you come here.” 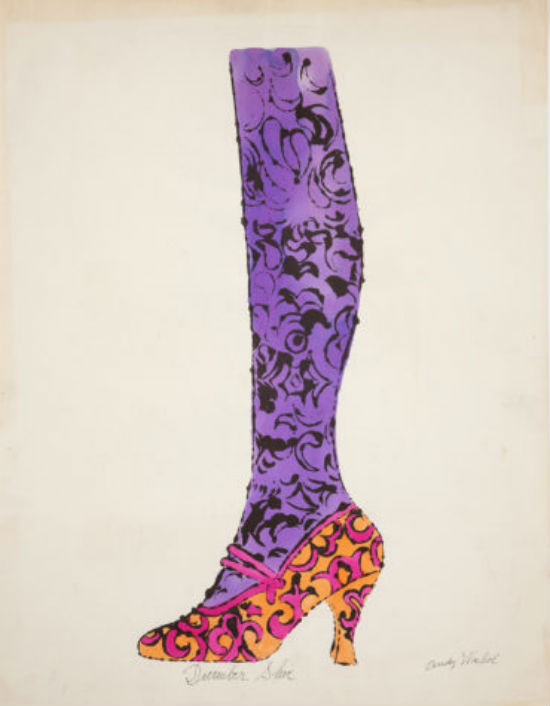 Before the Pop Artist, there was the Adman

Most people generally know about Warhol’s work through his giant pop art odes to brands like Campbell’s soup, his youth generation films from the ‘60s or even as manager of the Velvet Underground during his New York Factory days. But, a lot of his fans may be unfamiliar with his work before this time. That is why The Andy Warhol Museum is currently presenting a new  exhibition of the collection, “Adman: Warhol Before Pop” which displays Warhol’s award-winning work as a commercial artist in New York’s advertising industry in the 1950s. Thinking about him mixing it up with the Mad Men of the day is an interesting enough image — but his art spoke for itself in the work he was commissioned to do early on in his career as a young artist.

“The exciting thing about Warhol’s 1950s work is that once you know the layers and the dimensions to his first decade, you can have a better understanding of the rest of his career,” explains Beck. “Within that first decade,” she adds, “there are so many layers to his practice. There is a really sensitive eye for design color and skill. There is also a daring presentation of his sexuality, in a way. He is creating a feminine space in his work by taking on feminine products like perfume bottles, cosmetics, shoes and jewelry.”

This exhibit at The Warhol Museum will culminate in a special gala titled “Window Dressing: An Evening of Fashion from the Eons Archives”on Friday, July 13 at 7 p.m. The event will bring alive the spirit of Warhol’s 1950s with cocktails, music and even models posing in period-specific clothing from the Eons Fashion Antique curated by owner Richard Parsakian. Many of the pieces in Parsakians archives include clothing and fashion accessories that Warhol had created ads for during this time period. On the cash bar menu, there will be special cocktails created by the Ladies United for the Preservation of Endangered Cocktails (LUPEC) inspired by drinks that Andy’s mother, Julia Warhola, used to make. Fifties attire isn’t mandatory to get into this party, but the organizers of the event strongly encourage visitors to try and look the part.