In 2018, the number of traffic fatalities throughout the five boroughs dropped to the lowest numbers recorded in the last century, but with the first bicyclist death already on the record for 2019, transportation activists are calling for officials to do even more to make New York City streets safer.

A 26-year-old bicyclist was killed on Third Avenue in Brooklyn Tuesday morning, according to NYPD, after he was doored by a parked car, falling off of his bike and into traffic.

Transportation Alternatives (TransAlt), a nonprofit that advocates for bicycling, walking and public transit in New York City, says this death was avoidable.

“The lower traffic fatalities in 2018 is certainly encouraging, but the reason why this certainly could be prevented is that there was no protected bike lane where this 26-year-old was riding,” said Marco Conner, deputy director of TransAlt. “The city is throwing paint on the street and calling it a [protected] bike lane, which completely fails to protect a vulnerable bicyclist who is forced to share space with 5,000 pounds of steel moving at lethal speeds.”

NYC Department of Transportation built more than 20 miles of protected bike lanes in 2018, Mayor Bill de Blasio announced in December. These on-street protected lanes have expanded the city’s bike network, already the largest in the nation, to a total of 1,217 miles, officials say.

According to a spokesperson, DOT defines a protected bike lane as “a path intended for the use of bicycles that is physically separated from motorized vehicle traffic by an open space, vertical delineation, or barrier.” When counting the mileage of New York City protected bike lanes, DOT said, each corridor is split up by block.

“It’s not just important for bicyclists. Protected bike lanes make streets safer for pedestrians and motorists, as well,” Conner said. “They actually protect those two groups more than they protect bicyclists, because they shorten the crossing distance that pedestrians have so it lowers the amount of time that pedestrians spend exposed on the road, and they tend to narrow the street…which automatically causes drivers to drive slightly slower.”

Though traffic deaths decreased overall in 2018, more pedestrians and motorcyclists died in crashes last year than in 2017. Pedestrian deaths went up from 107 to 114 in 2018, and motorcyclist deaths increased from 33 to 39.

Conner commended the progress, but said that traffic injuries haven’t dropped in the same way as fatalities, showing a threat to safety on New York City streets.

According to DOT, pedestrian and cyclist injury data shows a stable trend, and “severe” traffic injuries are not separated from “minor” injuries in the available statistics. The increase in minor-injury crashes, the department says, is likely linked to an increase in the volume of vehicles throughout the city. 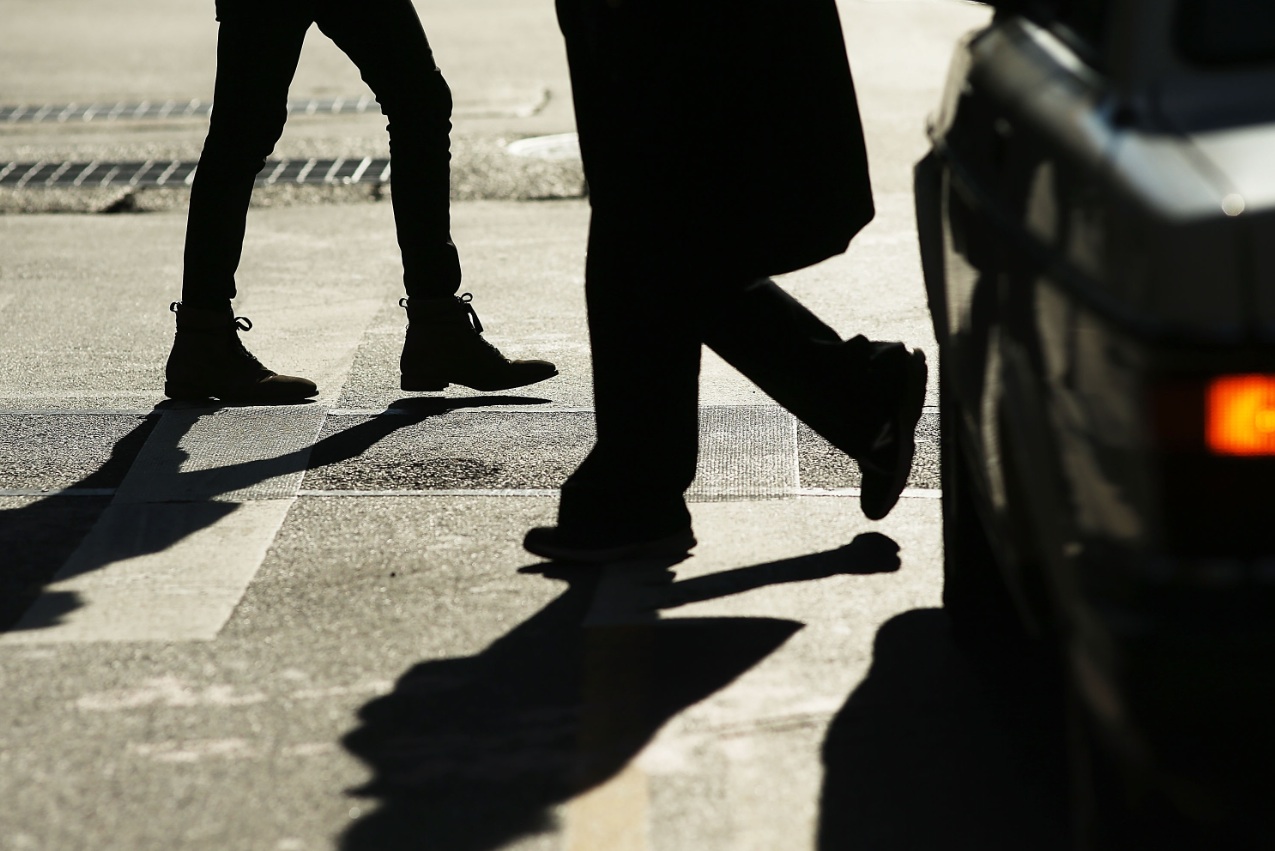 TransAlt is hoping that in 2019, the New York City Council passes new Vision Zero street redesign standards, which would require that every time a major street is redesigned or repaved, DOT make public a checklist that indicates which street safety measures were included and if some were not, that the department explain why.

“This is one of my priorities that I have in 2019, to pass this bill,” said Council Member Ydonis Rodriguez, chairman of the Council Transportation Committee and primary sponsor of the bill.

“We need to have a more details about how Vision Zero is guiding everything that we do on street redesigning in the city of New York,” he added, “in order to be sure that everyone has a clear understanding that we are committed to making the lives of pedestrians and cyclists safe.”

Rodriguez called the increase in pedestrian and motorcyclist deaths a backslide” to progress, and also said he’s disappointed in the city’s protected bike lane progress because officials didn’t built as many miles as they initially hoped to. Now, he wants to set a new, more ambitious goal: 100 miles of protected bike lanes built every year.