‘First Love’ master filmmaker hits all the marks and then some Takashi Miike elevated what it means to be a prolific director. With most American directors, the pace of one of year is a high rate. Miike sometimes completes more than five major projects a year. Since his debut in 1991, he’s directed over 100 Japanese theatrical, television and film productions. His name is a brand within itself in the way Scorsese and Spielberg are brands in the West.

What separates Miike from directors here is Miike’s tonal breadth. Miike’s films can be violent, whimsical, bizarre, controversial, humorous, romantic, satirical, downright horrifying, supernatural, musical and even family friendly. You can pretty much pick any genre, and Miike has made a well-regarded film within it. 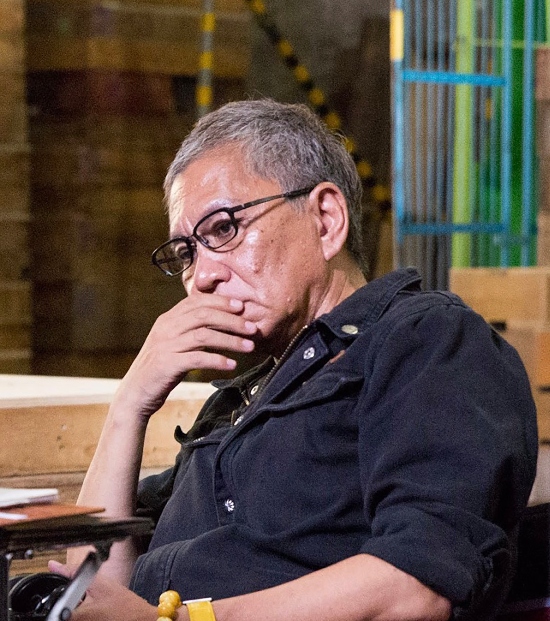 Within all of that work, Miike is best known for the genre he continues to return to — Yakuza gangster films. But his newest film, “First Love,” doesn’t feel remotely like a veteran director knocking out another film — it’s thoughtful, sublime and self-aware.

“I think as a director, I haven’t evolved very much,” Miike said. “I feel like I’m still at the starting gate. And I’m just like, stuck there. It’s like the starting where you have the path to success.”

“First Love” is an acerbic, anarchic, noir-tinged Yakuza film blending genres — it’s the story of a young boxer and a call girl, who fall passionately in love while getting innocently caught up in a drug-smuggling scheme over the course of a very long night in Tokyo.

“I’m still kind of in that category of feeling like starting filmmakers in a way and I’m actually thankful that I can maybe still see things with fresh eyes or do things with as much youthfulness as I maybe I did before.”

Miike knows the ins and outs of the Yakuza gangster flick intimately and it shows in the details of “First Love.” The critique of the Yakuza film and lifestyle is apparent in subtle asides characters make as the plot and carnage advances.

“First Love” finds its footing when it is most irreverent and teetering on the absurd. As the kill count piles up, in more unusual and surprising methods, the characters own escalating desensitization to the violence starts to mirror that of the audience.

As some of the elements become over-the-top it highlights how normalized  the portrayal of violence in media has become, that only the furthest degree of absurdity ends up shocking us, and we’re left asking ourselves what is about stories like this that we’re drawn to in the first place. Our appetites and tolerances become highlighted, along with our attempts to ascribe meaning and signifiers, almost as excuses, to violence in media to begin with.

The central protagonist works a professional boxer. His relationship to violence is organized, structured and policed. The rules and boundaries are clearly defined, although he may not be a passionate fighter, or even clear why he’s a boxer — he simply boxes — he’s certainly a skilled fighter. It’s only when his relationship to boxing collapses that indirectly spurs his connection to the gangs.

Miike seems acutely aware of the inherent draw of gangster films and the violence within, and “First Love” is rife with rich, subtle musings on violence, greed and the perils where one feels there is no hope. It feels like a Tarantino film, but with the bombast discarded and human depth and subtlety added.

It’s important to note that there isn’t the faintest whiff of pretension around “First Love” or someone as well-versed in filmmaking as Miike. He’s an affable, pleasant, professional, quintessentially working director. His practices are honed, his method of directing taut and the execution of his vision is unstrained by overt critical discourse  or over-thinking his process. What’s most important to Miike is that making movies — as well as movies — stays centered as a pleasurable experience.

“We’re gonna have fun making this film. And then, you know, we’re going to show it to everyone else. And if people like it, that’s even better. But if they don’t like it, you know, then maybe they’ll say, Okay, well, you know what? Your film isn’t for us. And I think actually, that’s the way it should be. I don’t think that I should be making films that are meant to reach every single audience,” Miike says.

Considering his vast filmography and varied working palette, it’s impressive that terminology such as “film” and “cinema” feels out of place when talking to Miike. The seemingly-diminutives “movie” and “flick” feel more appropriate to the tone and vibe in “First Love” as it does to Miike’s lower budget or direct-to-DVD’s end of the Miike spectrum — but all with the first-class production values. A cinephile as well as popcorn-and-soda viewer will have a sense of glee at the direction and action. Seeing a master at the height of their powers simply having fun and being unconcerned with pleasing a mass audience leads to an enjoyable crime-filled romp  that ends up pleasing a mass audience.

“These people are also there, they’re just trying to live their lives in a way,” Miike says. “They are also trying to kind of leave some kind of legacy or, you know, some kind of testament to their life. Within that context, you have all this chaos that occurs.”

It’s valuable that our entry point to the story is through the central characters who are essentially civilians. They’ve either become immersed in the underworld against their will or have found themselves in too deep with the almost-comically-crowded Yakuza underbelly.  We see the absurdity and violence of the Yakuza through the lens of these two relatable characters — and a savvy, or cynical viewer it almost serves an agitprop against the aesthetic and values of Yakuza and gangster films as a whole. The final shots further highlight the values of normal living and finding value in honest living.

“First Love” by Takashi Miike is in select theaters now.