National Tequila Day came and went this year. So did National Avocado Day. And if you missed out on deals then, you’ll be glad to know National Taco Day 2018 is here to please your palate — or as Guy Fieri says, take you to “Flavortown.”

On October 4, major restaurant chains across the country are offering free tacos and other deals you won’t want to miss out on.

Offers.com surveyed over 1,000 consumers in honor of National Taco Day 2018 to find out Americans’ favorite taco fillings. Over half — 54 percent — named beef as their go-to choice. Next came chicken at 23 percent and fish at 7 percent.

According to their data, 56 percent of Americans spent between $1 and $20 per month on tacos. Three percent dropped over $81, but are you surprised?

An Offers.com spokesperson tells Metro they didn’t survey people on shell preferences — hard or soft — though we’re sure a debate on that could go on long past National Taco Day.

Whether you’re a taco fanatic or take part in the occasional splurge, October 4 is a celebration worth partaking in.

Check out the Taco Day deals and freebies below.

Get a free taco when you join Club Baja, Baja Fresh’s rewards program. Though you can get this deal whenever you sign up, you might as well do it on National Taco Day 2018.

At California Tortilla locations Thursday, buy one taco get one free. There’s a limit of five free tacos per person (10 tacos total).

Stop by for lunch at participating locations between 11:00 a.m. and 2:00 p.m. and get one free taco with a code word. According to Chronic Tacos’ Instagram and Twitter accounts, the word is “taco life.”

Add a crispy beef taco to any Chuy’s order for $1 this Thursday. Also, when you go to Chuy’s restaurants dressed as a taco and post a photo on social media with #NationalTacoDay, you’ll get a free meal.

At Del Taco locations, buy one Shredded Beef Soft Taco and get one free by showing a digital coupon — which you can download from their website, deltaco.com.

On Thursday, get a free Chicken Taco al Carbon with a regular food or beverage purchase. Access that coupon on El Pollo Loco’s website. You can also enter for a chance to win a “Taco-Tee” that, if worn to El Pollo Loco restaurants, will grant you free tacos for a year.

Sign up on greenleafsbananas.com/tacoday to receive a Green Leaf’s coupon, valid on National Taco Day, for one free Baja Street taco.

For Moe’s Taco Day deals this year, loyalty program members can get buy-two-get-one-free tacos. To participate, download the Moe’s Rewards app. This offer stands from Thursday, October 4, through Sunday.

WHAT DO WE WANT?
?: FREE TACOS
WHEN DO WE WANT THEM?
?: #NationalTacoDay

Download the Moe’s Rewards app before Thursday, October 4 to score Buy 2, Get One Free tacos this weekend! https://t.co/kNWjr8he2a

On The Border Mexican Grill & Cantina

On The Border is serving all-you-can-eat tacos (like seasoned ground beef or chicken tinga) for $8.99 all day long. Don’t pass up on this endless meal!

Get a free Texas Street Taco with any adult entrée purchase at Taco Bueno on October 4. 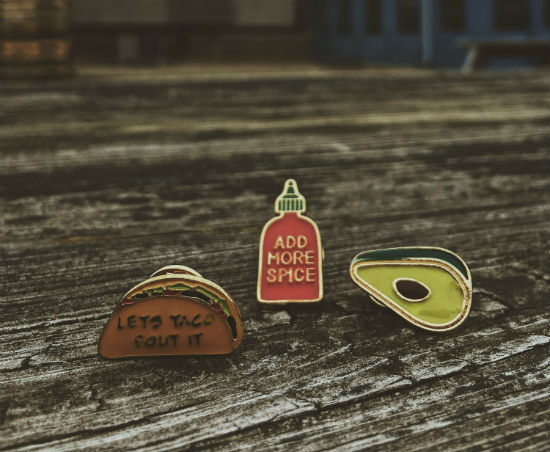 Through Friday, Taco John’s is giving customers one free crispy beef taco per day. Access the coupon on the Taco John’s Rewards app, which you can download at tacojohns.com/rewards.

Note: Metro has reached out to Chipotle about Taco Day deals they may be offering (as none have been announced at this time).

Plus, check out Metro’s guide on National Taco Day 2018 freebies in Philly and New York City. And with that, we’ll leave you with the ultimate question: Is a taco a sandwich?