Give yourself the gift of Christmas Day brunch in NYC

It’s Dec. 25 and you’ve opened the presents — now what? You deserve something nicer than a bowl of cereal for breakfast on a holiday, and we’ve got your solution for where to eat Christmas Day brunch in NYC. 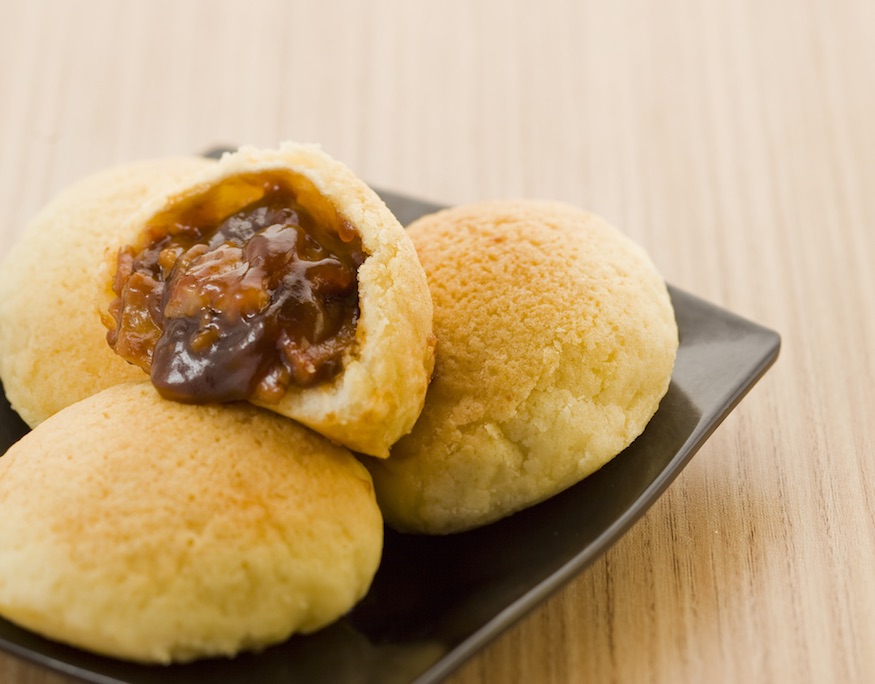 Chinese food and a movie on Christmas Day is a Jewish tradition, but we think it’s just a solid plan for anyone. Hong Kong’s Michelin-starred dim sum spot Tim Ho Wan just expanded to a second location in Hell’s Kitchen after opening in Astor Place, and you can come by starting at 10 a.m. for the full menu including our favorites, Baked BBQ Pork Buns, Pan-Fried Turnip Cakes and Steamed Shrimp Dumplings. Bonus: Dumplings are thought to bring luck in the new year. 610 Ninth Ave., 85 Fourth Ave., timhowanusa.com

The Plaza hotel is where Kevin McCallister’s family tried to atone for leaving him Home Alone the year before, so make it your Christmas Day destination with brunch at the Lambs Club. The extravagant Christmas Grand Buffet lives up to its name, serving traditional turkey as well as luxury items like filet mignon alongside endless antipasta, desserts and breakfast favorites. 10:30 a.m.-4:45 p.m., $225, $75 kids 12 and under, theplazany.com

Plush but edgy, cool enough for your friends but welcoming enough for family — newcomer Brooklyn Chop House (in the Financial District, actually) was made to charm. The oddball menu of steakhouse-meets-dim sum parlor (pastrami dumplings, anyone?), plus a few other Asian favorites thrown in make for a menu that ranges from dry-aged porterhouse steaks to Peking duck tacos. 11:30 a.m.-11 p.m., 150 Nassau St., brooklynchophouse.com

Christmas brunch kicks off at a brisk 9 a.m., for those of you ready to eat right after opening presents, at The Smith in Lincoln Square. The prix fixe menu includes a brunch cocktail, and a choice of dishes like smoked salmon toast, short rib hash and toasted ricotta gnocchi. $37, $19 kids under 12, thesmithrestaurant.com

Got a big crowd to feed on Christmas Day? Bring them to this Italian favorite for brunch, where dishes are always served in massive portions meant for sharing. Decorated for the holidays, the dining room will feel just like your own whether you opt for the original Theater District location or go uptown. The full a la carte menu is available, as well as holiday specials like a rack of lamb with roasted vegetables. Starting at 11 a.m., 200 W. 44th St., 2450 Broadway, carminesnyc.com 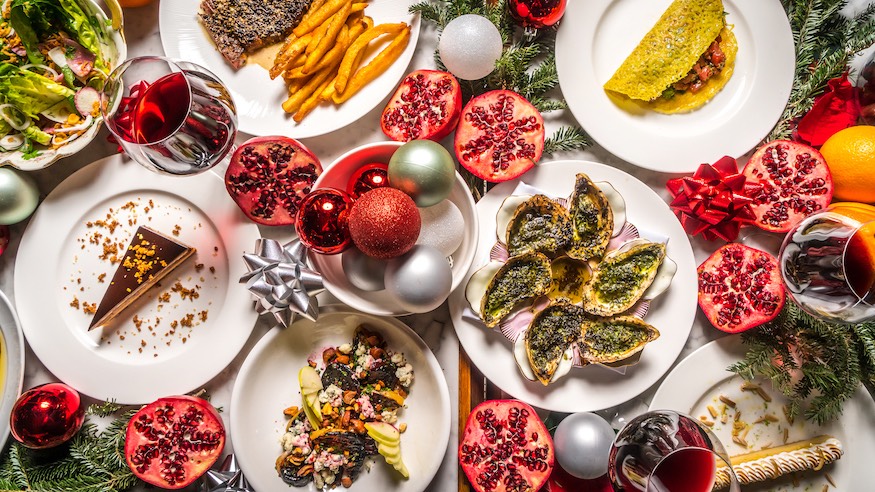 Put New Orleans twist on your Christmas Day brunch at Major Food Group’s Dirty French. The chic bistro is serving up a decadent prix-fixe with options like grilled oysters, steak frites with green peppercorn sauce and preserved lemon tarte. After your meal, cozy up in the Ludlow Hotel’s lounge with a cocktail by the fireplace. $98, 180 Ludlow St., reserve at exploretock.com

Upper West Siders will find tried-and-true favorites at this neighborhood staple since 1981, where the ingredients are local and the recipes handed down through generations. Favorites include their Peter Paul Pancakes with Belgian chocolate and toasted coconut, and corned beef hash with buttermilk biscuits. 9 a.m.-4 p.m., 520 Columbus Ave., goodenoughtoeat.com

Take your Christmas morning party to the Dumbo waterfront at Sugarcane Bar & Grill for a three-course prix fixe (shrimp tostón, salmon a la plancha and dulce de leche-soaked French toast are just a few of your options) or go a la carte. $60, starting at 11:30 a.m., 55 Water St., Brooklyn, sugarcanerawbargrill.com