Photo by Paul Drinkwater/NBCUniversal via Getty

On Sunday, the 2019 awards season was kicked into high gear with the 76th Annual Golden Globe Awards telecast. As predicted, co-hosts Andy Samberg and Sandra Oh put on a fantastic show as the masters of ceremonies. Meanwhile, many films and TV shows favored for certain categories ended up going home empty-handed. Here are the best and most shocking Golden Globes reactions and moments you should know.

Best Golden Globes reactions and moments of the night

Andy Samberg and Sandra Oh win it all

Not long after the Brooklyn Nine-Nine and Killing Eve stars were announced at the Golden Globes co-hosts, we suggested that the pair would waste no time in making fun of the Oscars hosting controversy involving Kevin Hart. Sure enough, Samberg and Oh’s fantastic monologue immediately skewered the competing awards ceremony.

“We are gonna have some fun, give out some awards and one lucky audience member,” Samberg began before Oh joined in, “will host the Oscars!”

“Some of you may be wondering why the two of us are hosting together,” said Samberg. “The reason is,” Oh added, “we’re the only two people left in Hollywood who haven’t gotten in trouble for saying something offensive.” 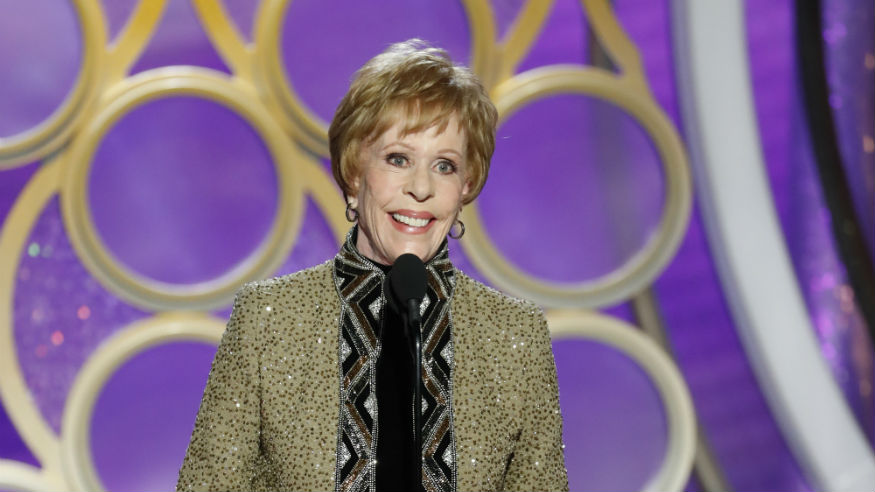 Carol Burnett gives a speech to remember, Jeff Bridges does the opposite

While Jeff Bridges’s Cecil B. DeMille Award has been a Golden Globes film standard for decades, TV has long been deprived of its own special lifetime achievement award. That changed this year with the inaugural Carol Burnett Award, which Steve Carell presented to comedy legend Carol Burnett. The 85-year-old performer spoke at length about her experiences, while lamenting the state of TV today.

Bridges, meanwhile, delivered a rambling 6-minute speech that sweetly thanked practically everyone he’d ever worked with. It also left many wondering if the orchestra was going to play him off. If ever there was a moment that the 69-year-old actor had identified with his icon The Big Lebowski character The Dude, this speech was it.

Plenty of angry Golden Globes reactions were had when the controversial Freddie Mercury biopic Bohemian Rhapsody won the drama trophies for Best Motion Picture and Best Actor in a Motion Picture instead of the favored A Star Is Born. Meanwhile, the equally contentious film Green Book earned the Best Motion Picture – Comedy and Best Screenplay trophies. As for TV, The Americans was finally given its due in the drama category, but Netflix’s The Kominsky Method took home many of the comedy awards.