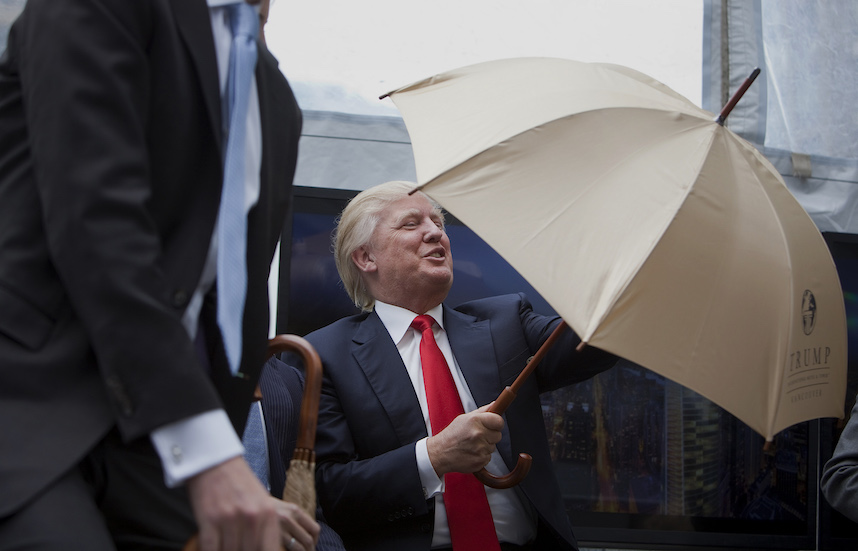 Golden shower jokes rained in the Twitterverse last night and the commentary onsocial media streams as puns continue to flow.

President-elect (or PEEOTUS, as he is now known on social media) Donald Trump claims he is too much of a “germaphobe” to partake in pee-pee parties with prostitutes. But for a man who said he grabs women by the genitals, has been accused of forcible kissing and other forms of sexual assault and who has had many a public affair, how afraid of germs can he be?

In a press conference on Wednesday, Trump joked that he is “very much a germaphobe,” which contradicts what hetold The Hollywood Reporterin 2015:

“I’m not germophobic. I [shake hands]. I want to make the country great, I’m going to win, I think I have a very good chance of winning. You probably are starting to feel that, too. I go through and shake hands and do what I have to do, and people like me and I like them. In Iowa, I must have shaken 2,000 hands — and those were only the ones that were next to me.”

Shaking hands isn’t as risky as sharing bodily fluids, Awwad said. Kissing poses a risk, since the mouth is full of bacteria and viruses, but as Awwad said, “I guess it depends on where the saliva is deposited.”

However, kissing is “far less risky as the aforementioned activities,” he reminded Metro.

A final piece of advice from the good doctor: “I think as a general rule, it’s wise to be cautious with who you let wet you.”

Oh #Schadenfreude, you’re urine-flavored today.
And we LOVE you, makin’ it rain.
Please RAIN on his parade!#GoldenShowers pic.twitter.com/DVmjg6JnkA

You think a man that lives in this room wouldn’t want everything else to be golden too? #goldenshower pic.twitter.com/lZXXHEhZXI

The craziest part about Trump is he doesn’t drink. Dude is having sober golden shower parties, that’s wild