Here’s why Massachusetts is so politically active – Metro US
Boston

Here’s why Massachusetts is so politically active There seems to be a protest nearly every day lately. Whether opposing Supreme Court nominee Judge Brett Kavanaugh, showing support for immigrants or saying they are against gun violence, people are stepping out into the streets in droves for causes they believe in.

And Massachusetts residents seem to stand out when it comes to political action, according to a recent report.

Bay Staters said they would be prepared to travel 7.2 hours away from home to take part in a protest they really believed in, according to a ShieldCo survey. That’s higher than the national average of 5.5 hours, and significantly more than New England neighbor Rhode Island, where residents said they would only travel an hour away for a protest.

The survey also found that nearly half of all respondents (49 percent) were more likely to protest an issue in 2018 than any other year, and that the top issues worth protesting over were politics or political figures; gender equality; racial equality; the environment and economic/labor rights.

But what exactly motivates some people to protest more than others, and is there a reason Massachusetts residents might be more politically active? Metro reached out to Danilo Mandic, a postdoc in the Harvard Sociology Department, for more insight.

For a 2016 class, you noted that social movements have become “a central feature of American political life.” Why do you think that is, and has that increased even more since 2016?

Given U.S. history, social movements have been central to American politics for a long time. One of the interesting things about the various movements is how they stand on the shoulders of their predecessors. Any given movement today may appear very new and original, but more often than not it’s relying on tactics, frames, strategies and tricks from movements that have succeeded and left a mark in the past, sometimes decades ago.

But it’s not necessarily true that social movements are especially strong post-2016. It’s cyclical, and it depends on the historical moment.

Is there a trait that makes someone inclined to protest or travel further for protests?

No single trait, but social scientists are always scrambling to find one. A very important factor is social capital — who you know, personal connections, word-of-mouth, trusted friends who drag you to a meeting, protest, action.

Another is what’s called “biographical availability” — the people who organize and get mobilized are not the poorest of the poor, or the most oppressed (those people don’t have the time). Rather, it’s relatively well-off, privileged people who have time, resources, financial stability to devote themselves to organizing. So the people who join movements are the ones who can afford to, who are not — for example — working three jobs without time for anything.

Youth is another trait — perhaps movement leaders are not particularly young, but the rank-and-file are disproportionately so. 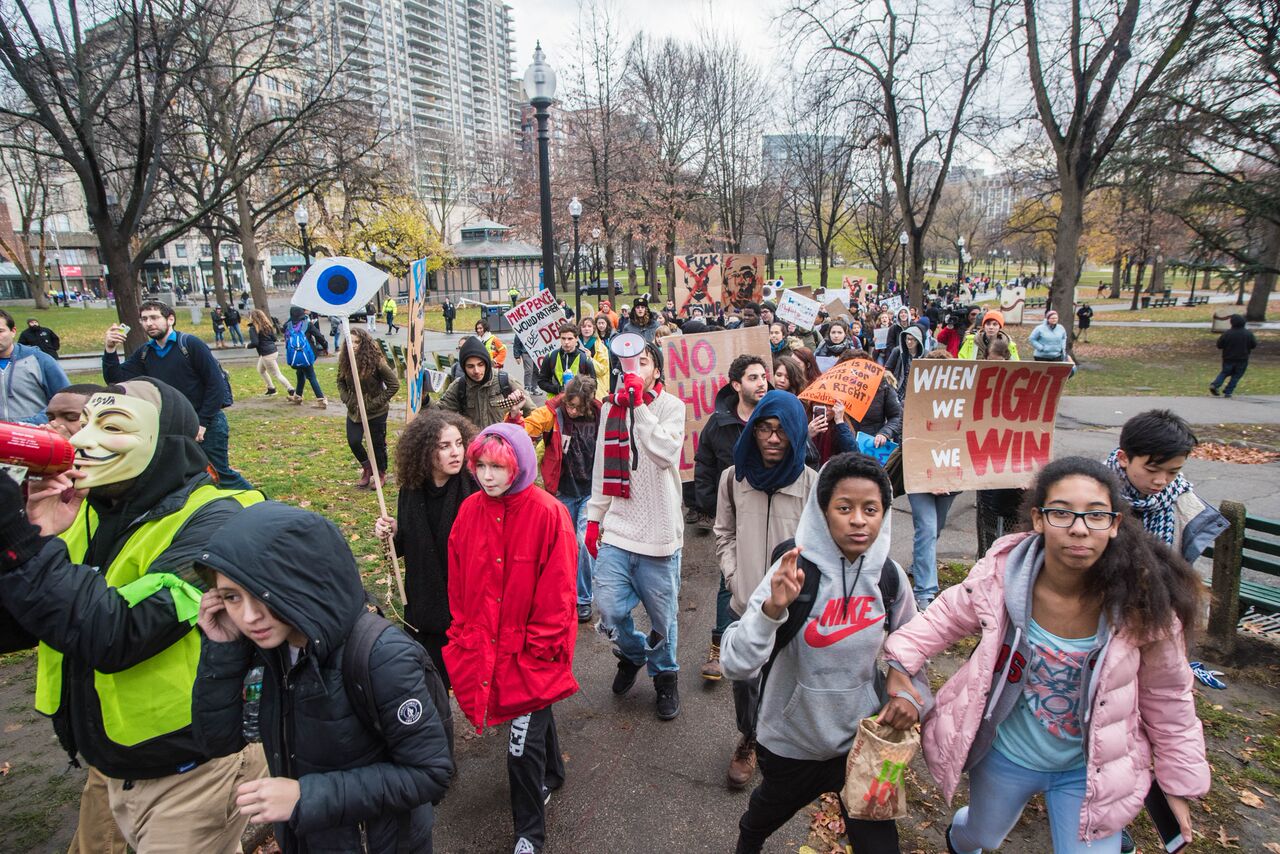 Are Massachusetts residents more political than others? Is there something about living here that might push them to protest?

Again, biographical availability must be part of the story. Not everybody can afford to travel the longer distances, and Massachusetts is relatively well-off as a state, socioeconomically.

On the whole, I would think a tradition of protesting and organizing would increase the willingness across time. But I would also like to see if this difference in stated willingness actually translates into action. It’s one thing to speculate how far you would go, another to actually move your ass.

One important thing to remember is that protesting, social movements, etc. only leave an impact if translated into concrete actions within the formal democratic institutions — voting, lobbying, pressuring Congress. If that extra step is missing, the protesting may be completely ineffective. So the real thing organizers should look out for is how to mobilize bystanders and adherents to move from the streets into voting booths.