'Hope & Fury' shows the media's connection with the civil rights movement, past and present - Metro US
Television

‘Hope & Fury’ shows the media’s connection with the civil rights movement, past and present With the so many horrific and racially charged incidents occurring in our country at an alarming rate, it’s disheartening to see how little has changed since the initial days of the civil rights movement.

The new NBC News documentary, Hope and Fury: MLK, The Movement and the Media, aims to remind us about the kind of evils that lurk in the shadows of our society, and how hard we all need to work to make our country a more tolerant and accepting place.

Hope and Fury: MLK, The Movement and The Media 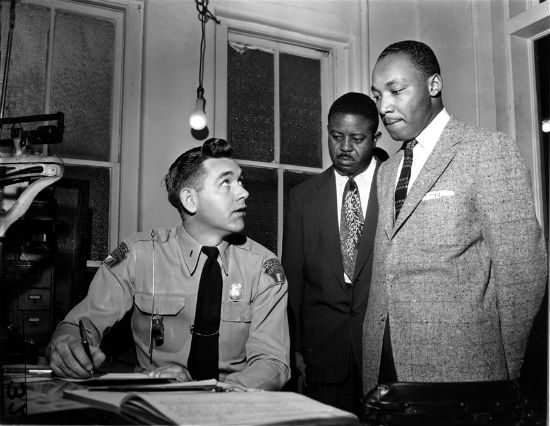 Narrated by NBC anchor Lester Holt, the film jumps back and forth and shows both recent footage of police brutality and the media’s coverage of the civil rights movement from Dr. King’s day. The early footage — including young Dr. Martin Luther King, Jr.’s rise to prominence — shows how important this coverage was to news networks in the infancy of television news.

In fantastic interviews with journalists such as Dan Rather and Tom Brokaw, viewers gain an understanding of the horrific images of police brutality, then and now. The atrocities that occured in Selma, Alabama — during what’s now known as “Bloody Sunday” — served as a wake-up call for many around the nation. It was a watershed moment for our country and helped to move the civil rights movement further. Yet when cut with footage of the aftermath of Selma and the military intervention in the riots in Ferguson, Alabama after the murder of black teenager Michael Brown at the hands of local police, it proves what a long way we have yet to go, 50-odd years on.

The documentary makes the connection that we as people now have the responsibility to report on injustices through social media — whether committed by our neighbors or our local police — and let the world know that we are not done fighting for change.

The two-hour long documentary “Hope and Fury: MLK, The Movement, and the Media” premieres on NBC  March 24th — the anniversary of the assassination of  Martin Luther King Jr. — at 8 pm.