Hot car deaths claim an average of 37 children per year, but 2018 is shaping up to be the worst.

As of July 22, there have been 28 confirmed hot car deaths involving children — and three more deaths are attributed to hot cars, though autopsy reports are not yet completed.

That’s more hot car deaths by this point than any other year in history.

“We always see an increase in child injuries and deaths this time of year,” KidsAndCars.org president and founder Janette Fennell said in a statement.

“It is devastating to know that there are families all across America right now holding their precious babies, unaware that they will lose them in a hot car this summer. But, these children don’t have to die. Parents and caregivers have the power to make sure that this doesn’t happen to them.”

“Don’t think for one moment that only a monster would do this,” Kristie Reeves told ABC News of hot car deaths. She lost her daughter, Sophia Rayne “Ray Ray” Cavaliero, in 2011 after her father forgot to drop her off at daycare before going to work.

“I get why people dismiss it. It’s easier as parents than to accept the truth that your memory can fail you in times of stress, in times of chaos,” she said. “That’s terrifying that your own mind can fail you with something so precious, your bundle of joy.”

But it does happen — and it’s not as uncommon as many people think.

“We have a brain system that allows us to operate on autopilot,” David Diamond, a professor at the University of South Florida, told the Tampa Bay Times.

And children’s bodies heat up much faster than adult bodies, making it easier to experience — and succumb to — vehicular heatstroke.

The prevalence of hot car deaths why organizations like Kids and Cards recommend following the “Look Before You Lock” safety checklist every time you get out of the car. 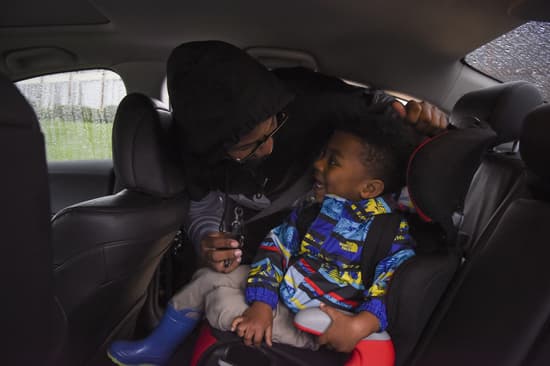 This checklist — available on their website — includes advice on how to:

—Make a routine of opening the back door of your car to check that nothing — and no one — is left behind.

—Put something you need (like your purse, wallet or cell phone) in the back seat so you don’t forget it.

—Ask childcare providers or schools to call if a child hasn’t been dropped off as expected.

Also, not all hot car deaths happen as a result of forgetting a child in the car. Children can get locked inside a parked car, too. You can cut down on that risk by:

—Keeping vehicles locked at all times, even when in the garage or in the driveway — and even if you don’t have kids.

—Never leave keys or remote openers in reach of children.

—Check the car and trunk first if a child comes up missing.

Do whatever you can to help prevent a tragedy, because as Reeves said, it can affect the rest of your life.

“Not once was I ever told about this danger to child passenger safety,” she told ABC News. “If you had asked me the day before May 24 [2011], I would have assumed it was very bad parents and parents who used the car as a babysitter. In these times when these children are forgotten, the most common factor was a change in routine.”

“Mine was a wrong turn and we overslept.”