How did Rami Malek turn into Freddie Mercury? Bohemian Rhapsody’s make-up and hair designer talks us through it - Metro US
Movies

How did Rami Malek turn into Freddie Mercury? Bohemian Rhapsody’s make-up and hair designer talks us through it

Bohemian Rhapsody has proven to be a box office smash beyond the wildest dreams of Rami Malek, producer Graham King, directors Bryan Singer and Dexter Fletcher, and anyone else involved in the Queen biopic.

Not only has it already taken in over $714 million worldwide, but it continues to thrive across Japan and South Korea, where it has taken in $56 million and $72 million, respectively, and continues to bring in large numbers, despite having been in cinemas for around 2 months already.

Despite a lukewarm critical reaction, and criticisms that it was a watered down take on Freddie Mercury’s life, Bohemian Rhapsody has picked up numerous award nominations, too, including two Golden Globe nods.

One of those is for Rami Malek, as he is in contention for the Best Actor accolade for his performance as Mercury. But how did Jan Sewell, Bohemian Rhapsody’s make-up and hair designer, turn Malek into Freddie Mercury?

“Rami was already on board when I joined,” Sewell tells Metro. “So when I looked online at him to see what I needed, I knew that something needed to be changed. But not a lot. I always think, ‘What’s the smallest thing I can do to make the biggest difference.’”

“There was a prosthetic nose, which was resized a couple of times. Hats off to Mark Coulier, who does prosthetics and I work with a lot. He made the little prosthetic nose we put on.”

“Then there were the wigs, which needed to be altered and made tighter and smaller from time to time. And, obviously, there was the teeth.”

“Gosh. In the end I ended up having 20 sets of teeth made for Rami Malek. A lot of them were back-ups. We were literally changing teeth 1mm back or 1mm forward. Because they had to be there, but you didn’t want people to just see them.”

Clearly Rami Malek himself knew that the teeth were key to his performance as Mercury, because months before Sewell joined Bohemian Rhapsody he was in contact with Chris Lyons, who runs Fangs FX, a company that specializes in teeth for movies.

“That made me know that he was 100% involved. And throughout production Rami Malek was always involved and constantly gave input to make it more precise. To the millimetre, too. That was with both the teeth and the mustache. He was always asking me to adjust, which was exactly my world.” 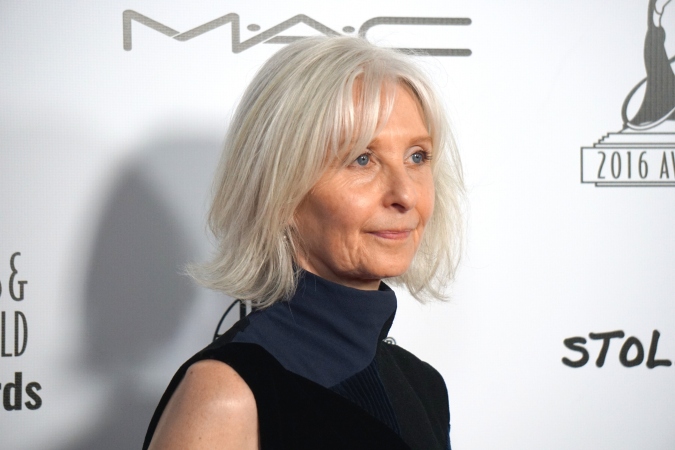 Sewell doesn’t think that there was one part of the process that completed the actor’s transformation, though. “It is the whole look, it is all the little things that you do,” she insists.

“The wigs, I mean, Rami Malek’s hair is great, but he just turned up with his Mr Robot haircut. We thought he might be able to grow it longer in time, but he wasn’t able to.”

“Even for the Live Aid sequences, that very short hair cut was a wig. Everything put together made Rami Malek look so great.”

“That first day on set, seeing Rami Malek, you just thought, ‘Oh my God. This is going to work.”

“After that week Rami Malek then lost a lot of weight to play the thinner version of Freddie in the 70s. Everything just came together. The costumes were fabulous. The sets. The way that Newton [Thomas Sigel, cinematographer] shot it, too. It all just looks incredible.”