How does the birth control app Natural Cycles work? - Metro US
Health

How does the birth control app Natural Cycles work? A birth control app just got the official nod from the U.S. Food and Drug Administration as a legitimate way to prevent pregnancy.

On Friday, the agency released a statement saying that the Natural Cycles app is clinically-approved to help prevent pregnancy in pre-menopausal women 18 and older.

“Consumers are increasingly using digital health technologies to inform their everyday health decisions, and this new app can provide an effective method of contraception if it’s used carefully and correctly,” Terri Cornelison, M.D., Ph.D., assistant director for the health of women in the FDA’s Center for Devices and Radiological Health, said in a statement. “But women should know that no form of contraception works perfectly, so an unplanned pregnancy could still result from correct usage of this device.”

What is the Natural Cycles birth control app?

The Natural Cycles birth control app uses an algorithm to determine when a woman is fertile during the month using previous cycles and daily temperature readings (using a basal body thermometer) as a guide. Once the data is entered, the birth control app will give either a green or a red signal. 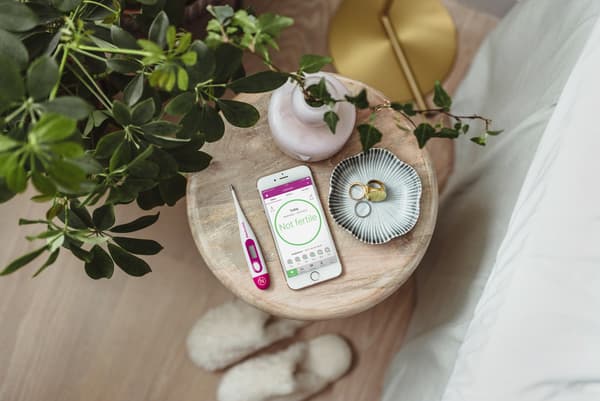 Green means the user isn’t in one of the six days a month she can get pregnant. Red means that the user is at a high risk and must either abstain from sex, or use other protection to prevent an unplanned pregnancy.

How effective is the Natural Cycles app?

According to both Natural Cycles and the FDA, the birth control app is clinically shown to help women prevent unwanted pregnancy. One study of 15,570 women who used the app for an average of eight months had a “perfect use” failure rate of 1.8 percent. This means that 1.8 out of every 100 women who use the app for a year will get pregnant because they had sex on a day deemed “safe” by the app — or when their other contraceptive methods (like condoms) failed during a fertile day.

Of the women who used the birth control app in a “typical use” way (meaning they didn’t always use the app correctly), 6.5 percent got pregnant.

So, it seems like the Natural Cycles birth control app should be about on par with other contraceptive methods, but it’s not foolproof, especially since travel, stress, irregular schedules and a lack of sleep can affect body temperature and throw off readings.

“If you’re not able to remember to take a pill every day, the app is a little nicer because it will remind you,” Rebecca Simmons, PhD, an assistant professor in the division of family planning at the University of Utah, told Health.com. “But there’s still something you need to be doing every single day, and that’s definitely something women need to consider.”

The Natural Cycles birth control app is available for $79.99 for a yearly subscription that includes a basal body thermometer. It’s also available on a month-by-month subscription — and there’s even a free trial.