Fans of Elton John know that the glammed-out rocker’s music changed the world, but with the release of “Rocketman,” the R-rated musical starring Taron Egerton as Captain Fantastic himself, the music and sound editing in the film could change the way movies are made from this point forward.

“When the right note hits at the right time, it’s kind of hard to resist or deny,” – Dexter Fletcher, director of “Rocketman” 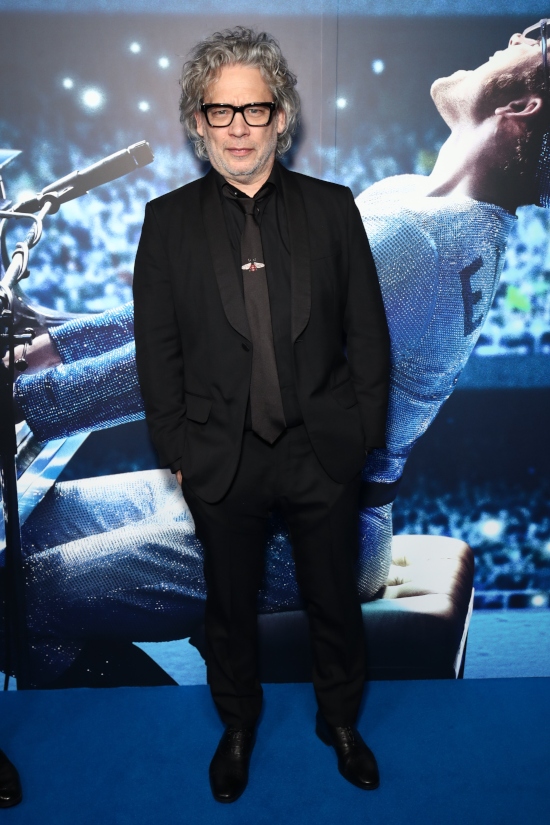 Partnering with Dolby Atmos, the film’s director Dexter Fletcher and composer Giles Martin have used sound editing in a completely new way to help Sir Elton’s songs explode with life on the screen. By seeing the film in a Dolby Atmos setting, moviegoers will be able to follow Egerton as he walks out onstage, hearing each instrument mixed in its correct location onstage, and the roaring from the crowd right in front of him. In other words, while so much attention has been paid in recent films to enhancing the visual experience with 3-D technology, seeing “Rocketman” in this new Dolby surround sound will introduce audiences to a brand-new form of 3-D audio that they have never experienced.

“If you kind of look back into the history of how sound was mixed, especially for 5.1 or 7.1 to some degree, everything you were told and taught as a mixer we tell you not to do with a format like Dolby Atmos,” explains Stuart Bowling, director of Content and Creative Relations at Dolby Laboratories, during a discussion at the “Rocketman” at the Dolby SoHo “Rocketman” installation in Manhattan. “An example of that would be dialogue. Dialogue in a movie is traditionally anchored on the screen. In regular cinemas, like a 5.1 or a 7.1, if you move dialogue off a screen, because there are many speakers inside a movie theater, the entire wall would illuminate with dialogue if the dialogue was panned into the surrounds. People would go ‘Whoa!’ It would change you out of the movie, which is traditionally a no-no. But in Dolby Atmos what we can do is, we can move dialogue off of the screen and we can isolate it down to an individual loudspeaker and it has the same frequency and timbre as the screen channels. So there is no attenuation when it moves and retains the full fidelity. But now it gives a greater offscreen performance  and enhancement to the environment that the filmmaker never had before.”

For Fletcher, having these new tools at his disposal gave him the ability to reach for the fantastical heights that the film’s subject truly deserved.

“It’s the beauty of where the technology is at, is that we create those moments to a track that is completely temp [existing film track], really,” says Fletcher. “Sometimes Taron is singing live and we record it. Some of ‘Crocodile Rock’ he sings live. Some of ‘I’m Still Standing,’ a lot of that is live. ‘Your Song,’ he does. The beauty of the sound and what you can do with the music and the mix and all of the instrumentation afterward when you have Giles Martin go, ‘I’ll just go to Abbey Road and re-record that!”, which is what he goes off and does, is that you can layer that and go off and build it and extract a bigger palette than you’ve been playing with. You cut and you build and you work to this temp. Because that’s it, really, isn’t it? It’s the one thing that you can go back and layer. Then you start to mix and it’s like, ‘Oh my god, it’s everywhere!’”

With this new audio technology, Fletcher hopes that people in the audience will feel like they are in the room as Elton is creating some of his timeless classics.

“When something like ‘Your Song’ happens, originally it’s really simple. There’s a guy sitting at the piano. Taron is singing it. But, Giles gets that and when we’ve done the edit and then bring the strings at a certain point and you feel that tingle on the back of your neck — that’s for everyone in the audience. You know that music has that unifying quality. When the right note hits at the right time, it’s kind of hard to resist or deny.”

The “Rocketman” exhibit at Dolby Soho will be up for a limited time only, so make sure to head over to check it out. “Rocketman” is in theaters TODAY.

Check out the trailer for ‘Rocketman’ below.