James Wan was always going to be top of the list to direct Aquaman.

Not only does the Australian have a long and storied history with Warner Bros courtesy of his work on the ever burgeoning Conjuring franchise, but Furious 7 also proved just how adept he was with mainstream blockbuster material.

Wan didn’t need any convincing to direct Aquaman, though, as he immediately saw the opportunity to build a unique cinematic world that was completely different to the other superhero fare that’s regularly released.

Aquaman is ‘lavish and weird and wonderful’

“A big reason I was so excited by this project was that I wanted to create a big world from scratch,” Wan tells Metro. “From how the characters look, what the creatures are in this world, to the ship and machinery in the city. This was perfect for me to sink my teeth into and design the world.”

Wan admits that rather than diving deep into film history for inspiration, he used nature documentaries like Blue Planet, as they “showed the ocean to be such a magical place.”

“I started from realism and then built the fantasy world from that. This movie doesn’t take place in outer space or another dimension or planet. It takes place right here. On planet Earth.”

“My challenge was to make Earth feel like there are all these natural pockets that we haven’t explored before. I wanted to plant this wish fulfillment in there. I wanted people to look at Atlantis and go, ‘That is a place I wish I could visit on holiday.’”

However, when it comes to the scope and size of the blockbuster, there was one film that Wan constantly had in mind, as he hopes that Aquaman will do to the ocean what Star Wars did to space.

“We’ve actually explored space more than we have explored our ocean on our planet. So the very nature of that, there’s an aesthetic that we’re not quite familiar with,” says Wan. “We have seen Star Wars, which set the language for what films in outer space would be like. But we have never done that to this level in the underwater world.”

“I saw that as a great positive and challenge. I wanted to establish a particular language that hasn’t been set in cinema, at least not to this degree.” 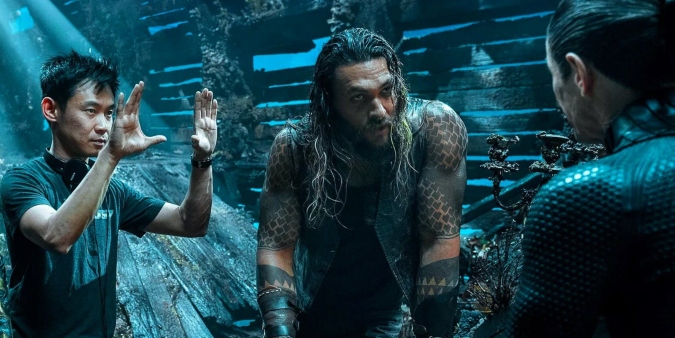 Wan was also careful not to deviate from the soul of the source material, making sure his incarnation of Aquaman was as “out-there, lavish, weird and wonderful” as the comic-books.

That’s why we see an octopus playing the drum in Aquaman, which, while outlandish, actually plays a key part in establishing the movie and its world.

“It would be a shame not to dive into that. In the same way with what George Miller did with Mad Max: Fury World,” notes Wan.

“It is so outlandish. In that movie there is literally a guitar guy having flames shooting from his instrument. It doesn’t do anything for the narrative. But it creates a really unique world. That was my goal for this as well.”

Aquaman is released on Dec 21.