How many kids does Kanye West have? – Metro US
Entertainment

How many kids does Kanye West have? Musical genius, provocateur, fashion mogul, and slightly erratic and politically uninformed are all ways that you could describe Kanye West. But, what about a loving father? Since marrying the fashion and entertainment icon — and perhaps a little more politically plugged-in — Kim Kardashian in 2014, the two have started to build up their legacy. But, what will the future hold for their children? Will Kim raise them to follow in her family’s footsteps taking on the Kris Jenner matriarch role? Will Kanye gift their children MPC drum machines and teach them the art of creating forward-thinking beats that will revolutionize music for a new generation? with the news that Kanye and Kim are now expecting a new baby to their ever-growing family, maybe it’s high time to get acquainted with the Kardashian-West children before they take over the world. How many kids does Kanye West have?

How many kids does Kanye West Have? 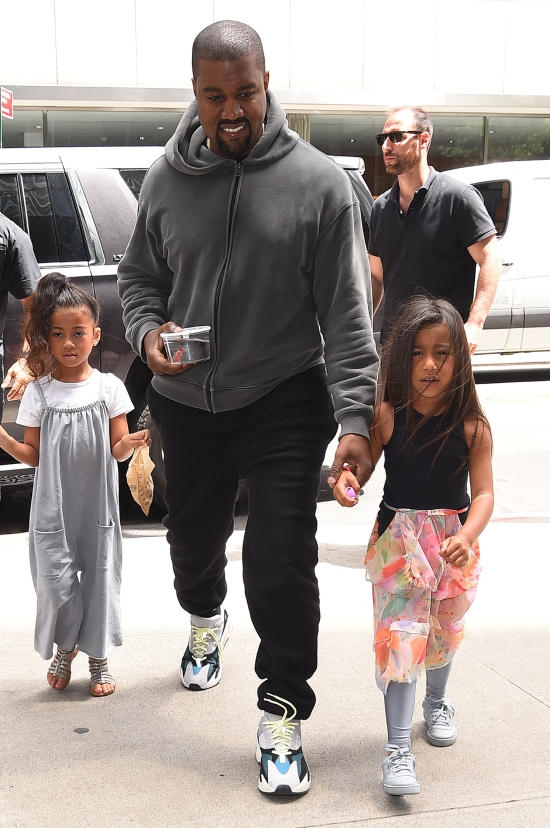 How many kids does Kanye West have? Photo: Getty Images

North “Nori” West was the first child this super-powered couple welcomed in June of 2013. They had welcomed their first child before their media coverage engulfing wedding on May 24th, 2014 in Florence Italy.

Two years later, the couple welcomed the birth of their son Saint West in December of 2015.

In January of 2018, Kanye and Kim gave birth to their second daughter Chicago West through the use of a gestational surrogate. This famously influenced Kanye’s self-effacing verse on Pusha T’s track “What would Meek do?” from last year’s excellent album DAYTONA. “Everything Ye say cause a new debate,” Kanye declared. Adding “You see, he been out of touch, he cannot relate. His hallway too long, bitch too bad. Gotta surrogate his kid, get two dads.”

As for the name, this could have been a somewhat symbolic gesture for West. He announced last year that he would be moving back to his hometown of Chicago full-time and moving his entire recording and studio and operation there.

And that brings us to the newest member of the Kardashian-West empire.  It was reported yesterday that the happy couple will be expecting their fourth child via a surrogacy sometime this year.  So, while the iron is hot, it might be time to figure out an office pool of what Kim and Kanye will name the new baby. Will it be another directional pun? How about a deified name that might be a little difficult to live up to? How about an homage to something from Kim’s childhood in California? My guess: this is the “Yandhi” project he has been promising all along. But, what do I know?