It looked like Broadway’s iconic Drama Book Shop had reached its final act after a rent hike, another small business priced out of the community it helped create. But the curtain won’t fall this time after a group of buyers the led by Hamilton creator Lin-Manuel Miranda stepped in to make sure the Drama Book Shop reopens for generations of theater lovers to enjoy.

The 101-year-old bookshop at 250 W. 40th St. has been a living archive for Broadway with a vast collection of scripts for plays and musicals, memoirs, acting guides and more, all in a museum-like setting with costumes and memorabilia. It also helped nurture new works with a basement venue for theater troupes to practice and perform — it’s also where Lin-Manuel Miranda wrote most of In the Heights. The Drama Book Shop even won a special Tony Award for Excellence in Theater in 2011.

But last October, the Drama Book Shop announced it would have to close after its landlord raised the rent from $18,000 to $30,000 a month. That will still happen on Jan. 20, but the all-star Hamilton team of Lin-Manuel Miranda, director Thomas Kail, producer Jeffrey Seller and theater owner James L. Nederlander have bought the Drama Book Shop and are looking for a more affordable lease with the help of the New York City Mayor’s Office of Media & Entertainment. The Drama Book Shop is expected to reopen in Fall 2019 at a new location in the Theater District. 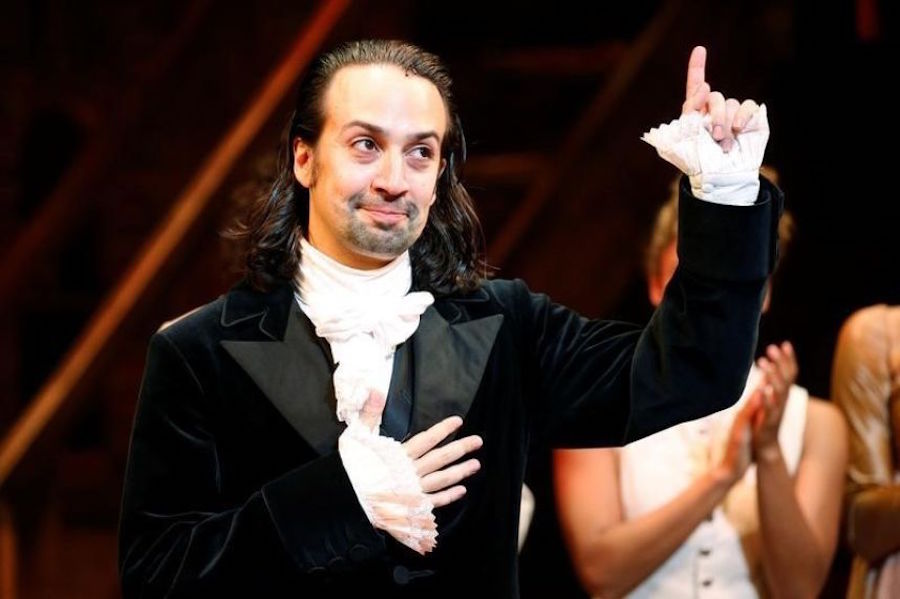 How The Drama Book Shop helped shape the creators of Hamilton

“When I was in high school I would go to the old location and sit on the floor and read plays — I didn’t have the money to buy them,” Miranda told the New York Times.

He also shared some throwback memories of the shop’s role in shaping his theater career:

As a teen, I went to the @dramabookshop on 47th. Spent hours reading plays. Felt made for me, a place to go.
In 2002, I met with Tommy Kail in the Drama Book Shop. It gave us a place to go.
Proud to be part of this next chapter.
A place for you to go. https://t.co/LuRJjVM72K

Here’s me and @ChrisisSingin in our first photographs for an In The Heights reading in 2002, across the street from the @dramabookshop. (Our reading was in the basement.) That fence behind us would later become the New York Times building.https://t.co/ODLa4rNJ6n pic.twitter.com/BLBinwoC8z

Thomas Kail spent five years in residency in the basement of The Drama Book Shop, honing the skills that would eventually win him a Tony Award for Best Director for Hamilton.

“My first experiences directing in New York City were at the Arthur Seelen Theater in the basement of the Drama Book Shop,” says Kail. “Thanks to the generosity of owners Allen Hubby and Rozanne Seelen, I had a small theater company that was in residence there for five years. I was lucky enough to be there the day the shop opened on 40th Street on December 3, 2001, and I am delighted to be part of this group that will ensure the Drama Book Shop lives on.”

Holy moly. We can add “Hero” to @Lin_Manuel ‘s brilliant resume. This shop was my connection to theater long before I walked through its doors. I’m crying. Lin-Manuel Miranda and Friends Purchase Drama Book Shop https://t.co/KeiQeBJ99r

What an incredible announcement for such an iconic place for theatre arts. Bravo gentlemen! https://t.co/jmvuDNhF9v

My twitter feed is basically, “What amazing thing did @Lin_Manuel do today?!” This one is pretty special. Thank you Lin, Tommy, Jeffrey and James Nederlander for saving this beloved shop! I can only imagine how wonderful the new @dramabookshop is going to be!! ❤️❤️ https://t.co/Avzw66FXpf

So. They’ve done a lot of cool stuff, but this might be the coolest. Legacy. This is a legacy. ? https://t.co/eNZeQ4Wgra

This is the most badass, tear-inducing mic drop of a move. @Lin_Manuel and co, thanks for walking the walk and using your platforms to do so much good in the world. https://t.co/EpkUl64ifj

The bookshop previously ran into trouble when it lost about a third of its inventory after a flood in 2016. Lin-Manuel Miranda also helped the store bounce back then through his Twitter account and dropping by personally to greet lucky theater fans.