How to help victims of the Nashville Waffle House shooting The Antioch Waffle House reopened its doors Wednesday morning, and according to NewsChannel5, employees from Atlanta were called in as extra hands and grief counselors were on standby.

“Our associates are doing well,” Jeff Camp, Waffle House district VP, said at the time. “You can imagine they are struggling. We are struggling. We all just shed a few tears inside as we talked about reopening and prayed together and just took care of each other.”

Another Waffle House spokesperson, Pat Warner, said they will help the victims’ families with funeral and medical expenses. “They’re part of our family now…” he said. “Anything they need and we can assist with, we’re gonna help them with.”

James Shaw Jr., 29, who has been hailed a hero for wrestling the AR-15 away from the suspected shooter, set up a GoFundMe page to support these families. The page is en route to raising over $150,000 in donations.

One man even started a GoFundMe page to collect money for Shaw’s 4-year-old daughter and her future education. “Part of the reason I decided to start this is James, after putting his life on the line, started a @gofundme for the victims,” the man tweeted. “He really represents the best of America and I think we should help him too.”

2. Part of the reason I decided to start this is James, after putting his life on the line, started a @gofundme for the victims. He really represents the best of America and I think we should help him too. So far over $6,000 has been donated. Thank you! https://t.co/BkUyA63VOQ

Individual GoFundMe pages have also been set up for each of the families who lost loved ones — and we’ve counted two of these pages so far. The Groves Family page has raised over $11,000, and a funeral fund for DaSilva has raised over $14,000.

For the next month, 100 percent of Antioch Waffle House sales will go to the victims’ families.

BREAKING: For the next month, 100% of the sales at this @WaffleHouse will go to the victim’s families (both deceased and living) pic.twitter.com/brzfxDziuS

The first customer to dine at the reopened Antioch Waffle House reportedly paid $100 for their meal. The bill, as it turns out, only amounted to $8. 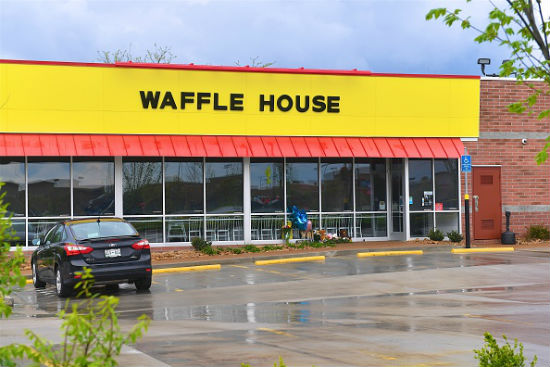