How to take a brewery road trip through the North East There are certain amazing things you just take for granted in life. There’s no reason why, really. It could be that where you are living geographically gives you more access to a certain thing and then the magic doesn’t seem so … magical anymore? This goes double for us beer lovers in the North East who have our fill of some of the best breweries in the country right in our backyards. When was the last time you paid them a visit? Here are some — not all — of the great breweries in the North East that you can check out in just a short drive. 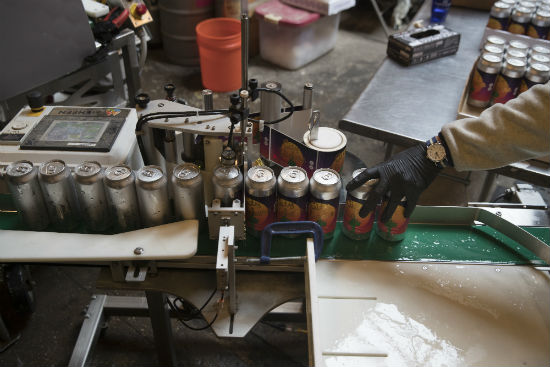 This Brooklyn brewery started by three friends — Sam Richardson, Matt Monahan and Andrew Burman — in 2014 with the simple mission: “to create beers that they wanted to drink from a company that they wanted to be a part of”. Ever since, they have taken over the five boroughs with some of the best beer around. With a huge list of rotating drafts and bottles and cans to go ranging from their “Double Dry Hopped Hop Showers” mosaic IPA and their “Meek Millet” Saison, Other Half is one of the most delicious and versatile breweries you will visit throughout the North East.

This beer mecca located in the heart of Massachusetts is known for their amazing beers like their extremely juicy and flavorful American IP “Julius” and their bold and unfiltered double IPA “Haze”. Tree House does not distribute their beer to sellers or bars so beer enthusiasts must take the trip to buy cans onsite. The brewery also has a tap room where you can try samples and pints of all of their delicious rotating brews. The brewery has a very strict limit on how many cans a person can purchase per day, so you may spend some time waiting on line to pick up your order. But, trust us. It’s well worth the wait.

This brewery and restaurant located just outside of Harrisburg, PA has one of the most extensive selections of beer you will find — period. With 99 taps including 20 – 30 of their own delicious brews like their appropriately named “Don’t Hop Believing” IPA, Pizza Boy is bound to have whatever your craft beer loving heart desires. Oh, and they also have a full restaurant serving wings, sandwiches, and, of course, pizza. So, once you’ve tried a few of the almost endless beers they have on tap, you can quench your inevitable beer munchies with some amazing snacks.

Up in the northern part of the Green Mountain State, Lost Nation Brewing is making some of the best beer in one of the states known producing some of the best there is. While breweries like Alchemist and Hill Farmstead are known for their hazy IPAs, Lost Nation is making waves with their “Pitch Black” and “Rustic” ales and their coriander and sea salt infused Gose which is, in my opinion, the most refreshing summer beer on the planet. While Vermont may be overflowing with amazing breweries, consider Lost Nation as you plan your next beer tasting road trip.