How to watch Three Identical Strangers for free in NYC Have you had a chance to watch Three Identical Strangers yet?

The documentary has received rave reviews since it opened at the box office earlier this month and currently boasts a 95 percent on Rotten Tomatoes. It already snagged a Sundance Film Festival award.

If you’ve missed all the hype, here’s a brief overview: The documentary focuses on three triplets, Bobby Shafran, Eddy Galland and David Kellman, who had been separated at birth and coincidentally reunited as adults in the 1980s.

The triplets were born right here in New York on July 12, 1961. They were born at Long Island Jewish Hospital, according to a Twitter account for the documentary, “setting off what would become the most amazing, incredible, remarkable true story ever told.”

57 years ago today, a set of triplets were born at Long Island Jewish Hospital, setting off what would become the most amazing, incredible, remarkable true story ever told. Pictured (L to R): Eddy, David, Bobby. #ThreeIdenticalStrangers pic.twitter.com/ABEApFv47f

Critics who’ve had a chance to watch Three Identical Strangers have called it “gripping” and “more compelling than most fiction.” The documentary also has a fan in Tim League, founder of Alamo Drafthouse.

Alamo Drafthouse, the Texas-based theater chain, is a pretty luxurious movie-going experience, with reclining chairs, boozy milkshakes and a full-on food menu that you can order from throughout the film without ever getting up.

Unfortunately, going to the movies has become more costly of a night out across the board, but “multiples” in New York City are in luck. If you’re a twin, triplet, or any other iteration of a “multiple,” you can watch Three Identical Strangers for free at Alamo Drafthouse — as long as you come all together. 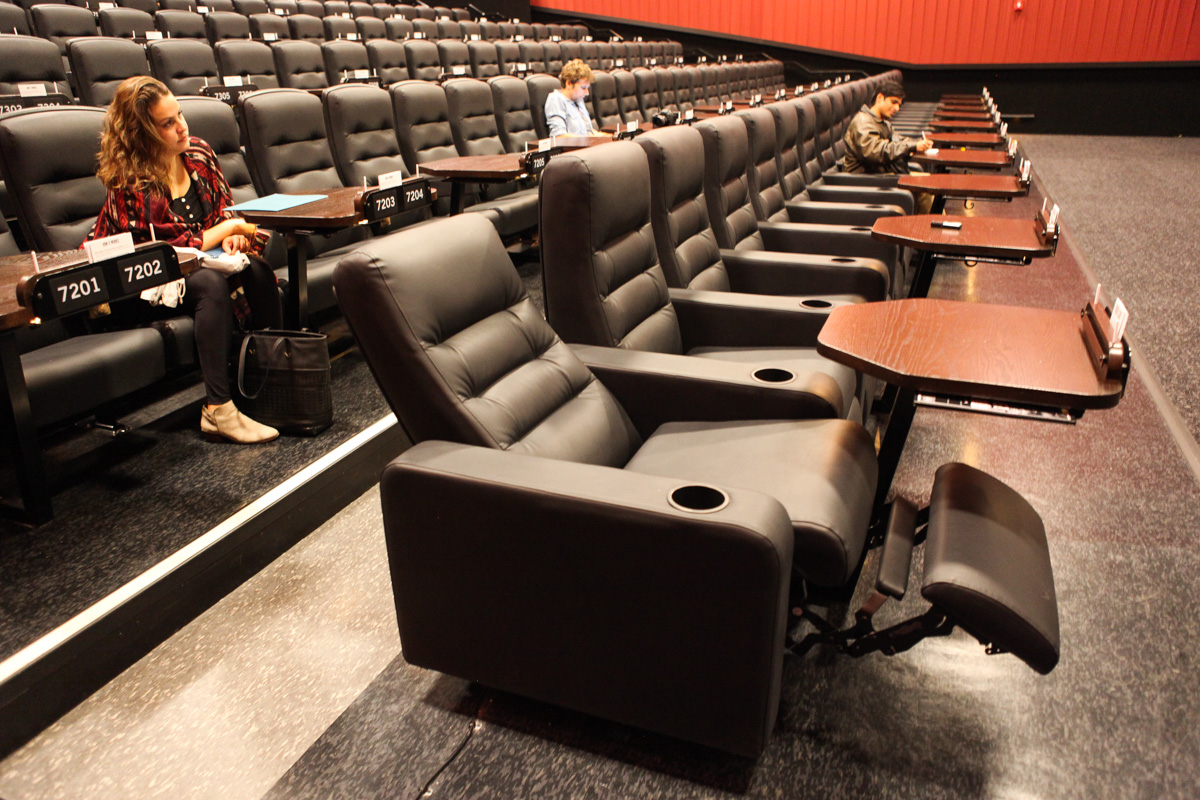 League made the announcement in a recent blog post. In fact, he loved the documentary so much, he encouraged everyone to watch Three Identical Strangers.

“The film is a masterful accomplishment of cinematic narrative. More than merely a biography, Strangers is a white-knuckle, true-crime thriller, a story the likes of which you have never seen before,” he wrote.

“I don’t often make a public, personal recommendation for a film. Three Identical Strangers, however, compels me to write and champion it to everyone,” he continued. “From my perspective, EVERYONE will love this movie. If you don’t, please let us know, and I will personally refund your money and buy you a (non-alcoholic) drink as an apology for leading you astray and wasting your time.”

Then, he added a note to triplets, twins and other multiple siblings: “If you’re a multiple (twins, triplets, quadruplets and above) and you see the film together at Alamo Drafthouse and can show ID, your tickets are on us.”

Alamo Drafthouse is located at 445 Albee Square W #4 in Brooklyn. See information on movie times here for when you can watch Three Identical Strangers.

How many twins and triplets are born in NYC?

In a city of more than 8 million people, that could be a lot of free tickets going away to let twins, triplets and more multiples watch Three Identical Strangers for free.

But how common is it for multiples to be born in New York City?

Last December, one Brooklyn hospital celebrated a record in terms of such babies born. In Dec. 2017, 26 sets of twins and triplets were born at Woodhull Medical Center in Brooklyn, the New York Daily News reported.

Metro reached out to New York City’s health department to see if they had any numbers on how many twins, triplets and so on are born every year. The latest data the department had was from 2015, and here are the stats:

According to a 2015 Pew Research article, the share of multiples born in the United States has become more common in recent years. In 1915, the first year for which such data was available, multiples made up about 2 percent of all births. In 2014, however, 3.5 percent of all babies born across the country were twins, triplets or higher multiples, according to the National Center for Health Statistics — almost 140,000 births.