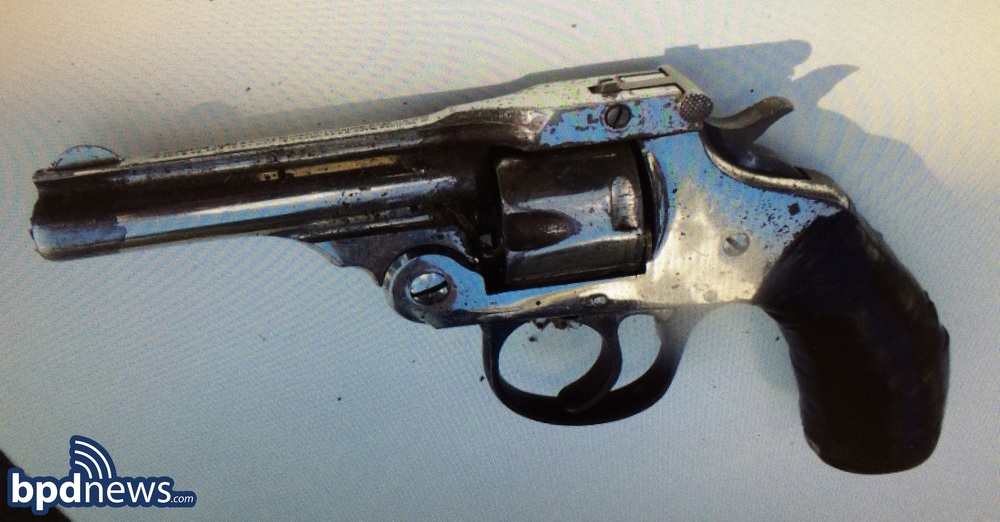 Police responded to a tip about a man threatening someone with a gun in the area of 11 Linwood Street near Henry Grew Elementary School, according to a police report.

Shortly after, officers stopped Jonathon Young, 22, of Mattapan, who matched the suspect description described to police, the report said.

Police did not find weapon when they patted Young down, but a “concerned citizen” told police that Young had thrown an object behind a house before officers arrived, the report said.

Officers checked the area and found a loaded silver revolver, the report said.

Young was arrested without incident, police said. He faces charges for illegal firearm possession and threats.