If you want to show solidarity for Barcelona, post this flag - not theSpanish flag - Metro US
The Big Stories

If you want to show solidarity for Barcelona, post this flag — not theSpanish flag

When a tragedy occurs, it’s common for social media profile pictures to change, as they did during the Paris attacks. A filter was created to superimpose a transparent French flag over the selected image. After the attack in Barcelona on Thursday, the Spanish flag or its colors were used on government buildings and social media in a show of solidarity, but there are those in Barcelona who prefer something else.

Barcelona is in the Spanish region of Catalonia (Catalunya), which has its own flag — a few, actually.

The official flag is called La Senyera, which means “flag” in Catalan, the co-official language of the region. Catalan is not a dialect of Spanish. It is a language used by millions that developed independently out of the Latin spoken by the Romans who colonized the area during Spain’s long history. Catalan became a fully formed language by the 10th century. 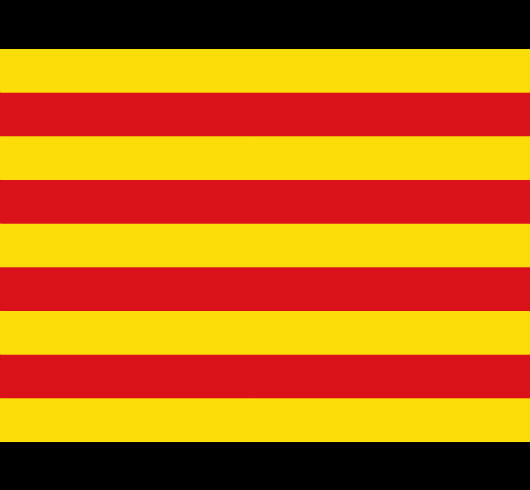 La Senyera is most commonly seen outside of government buildings in Barcelona or in other areas of Catalonia and is one of the oldest to be flown in Europe.

The flag features red stripes on a yellow background which is a design used on the coat of arms of the ruling crown during the Medieval Period.

The second flag that is very prevalent in Barcelona is La Estelada, which means “starry” in Catalan. La Estelada is used by nationalists who believe Catalonia should be independent of Spain. 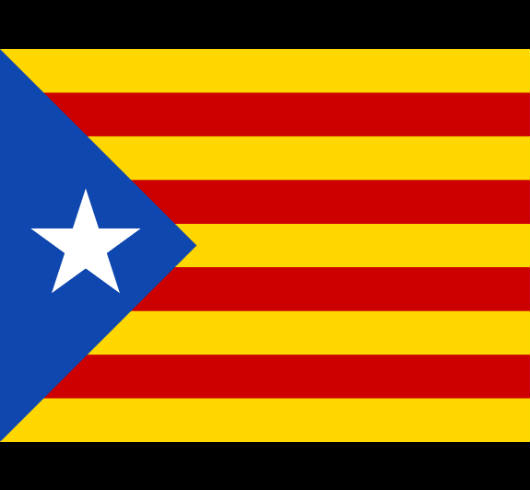 The addition of a blue star dates back to 1904 and is said to be inspired by Cuba — a country that fought for (and won) its independence from Spain.

There is also a version of the starry flag with a red star. 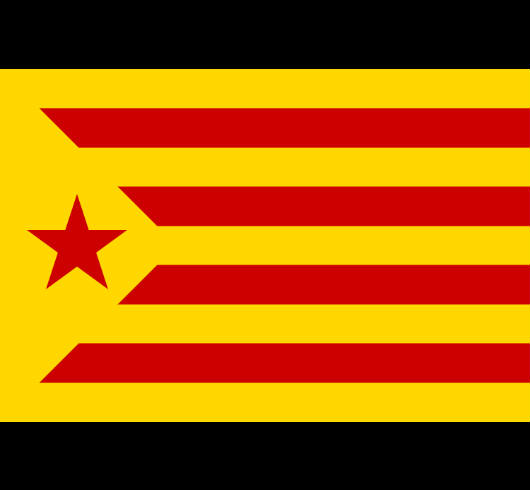 Catalonia was an independent region on the Iberian Peninsula with its own customs, language and laws at one point, but moved under Spanish rule in the 12th century.

In the modern era, under the dictatorship of Francisco Franco, expressions of regionalism were banned. After Franco’s death in 1975, Catalonia voted for the adoption of a democratic Spanish Constitution in 1978. The area regained autonomy in 1979, but in the 2000s, the Constitutional Court in Madrid ruled Catalonia should not be independent.

Many nationalists use Barcelona’s prosperity compared to the rest of the country as a main argument for secession.