Indian oil minister says oil at $110 a barrel not sustainable

By Shadia Nasralla and Ron Bousso
0
comments
Posted on May 24, 2022 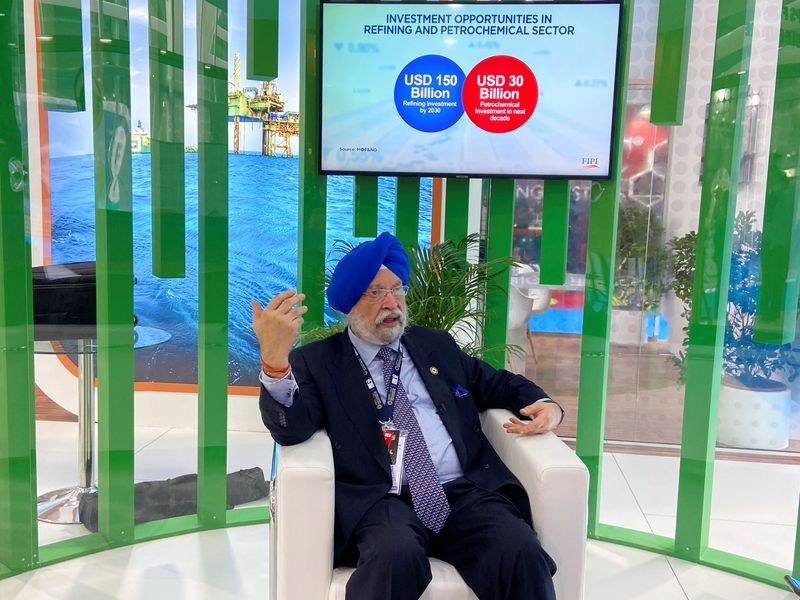 DAVOS, Switzerland (Reuters) – India’s Oil Minister Hardeep Singh Puri told the World Economic Forum in Davos on Tuesday that a crude oil price of $110 a barrel was not sustainable, as the world faces an energy price crisis which is contributing to rising global inflation.

Oil prices have surged this year, with Brent crude hitting $139 a barrel in March for its highest price since 2008, after Russia’s invasion of Ukraine exacerbated supply concerns. [O/R]

As countries around the world struggle with the impact of inflation on disposable income, India’s Commerce Minister Piyush Goyal said on the same WEF panel that food inflation in the South Asian country was at a “manageable level”.

Goyal also said that India was producing enough wheat for domestic consumption, as some countries face shortages due to price rises and problems in getting the grain from major producer Ukraine following Russia’s invasion.