But the owner of The Strand bookstore and its building is arguing just the opposite. The three-floor shop, famously home to “18 Miles of Books,” is in the middle of a fight against the Landmarks Preservation Commission to keep its building at 828 Broadway off the city’s list of protected sites.

What’s happening here? We took a deep dive into why preservationists are worried about 828 Broadway, and why the owner of The Strand say landmark status would endanger her business. 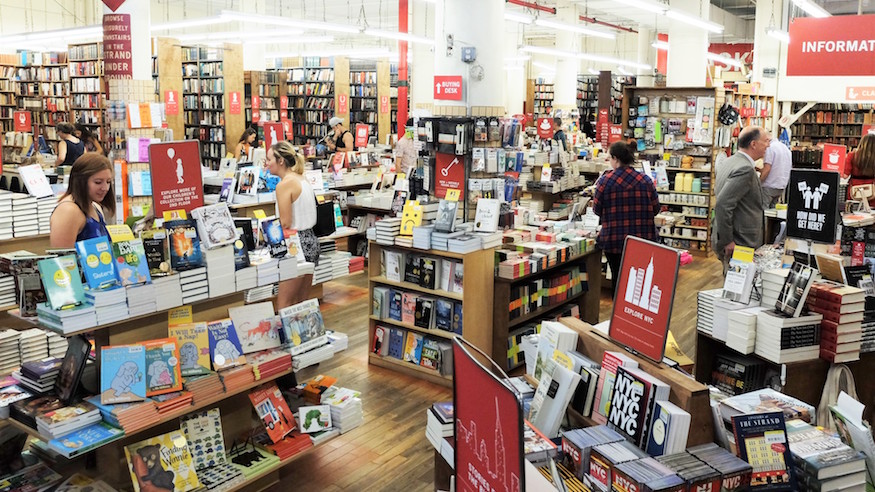 A brief history of landmarking in New York City

You only need to look at a photo of the glorious old Penn Station to understand the need for the Landmarks Preservation Act. It was signed into law in 1965 in the wake of Penn Station’s destruction to make way for Madison Square Garden, taking the Landmarks Preservation Commission with “safeguarding the buildings and places that represent New York City’s cultural, social, economic, political and architectural history.” The commission is what saved Grand Central Terminal, the Revolutionary War-era Fraunces Tavern and over 36,000 other landmarked sites around the city.

Why is The Strand’s building up for landmark status?

The Strand’s 11-story building dates to 1902, with an exterior in the Renaissance Revival style designed by the architect William H. Birkmire, who has 10 other landmarked buildings in the city. Benjamin Bass opened The Strand in 1927, and moved it to its current home in 1957. It’s the last surviving shop from what used to be Book Row, with 48 shops along Fourth Avenue from Union Square to Astor Place.

The reason The Strand being considered now is because of a gleaming 21-story Union Square Tech Hub going up just blocks away, which got preservationists concerned about the entire neighborhood turning into “Silicon Alley” and losing its character.

The Greenwich Village Society for Historic Preservation pushed for 183 buildings south of Union Square to be considered for landmarking. The Landmarks Preservation Commission agreed to consider just seven of them, including 828 Broadway.

Preserving buildings, the GVSHP argues, protects businesses too. According to surveys done by the group, retail vacancy is lower in landmarked buildings, implying whatever hardships these businesses may encounter with maintaining the building are outweighed by their benefits.

“I understand The Strand’s frustration, but the simple fact is landmarking will not hurt their business,” says GVSHP Executive Director Andrew Berman in a statement.

To protect small businesses — arguably as vital to the city as its classic architecture — the group supports measures measures like the Small Business Jobs Survival Act (which is being fiercely debated by the City Council) and a limit on the number of chain stores in a neighborhood.

“We work with many merchants who have fought hard to get their buildings and their neighborhoods landmarked. The solution to the city not doing enough to protect the things we love is not to ask them to do less, but to do more.” 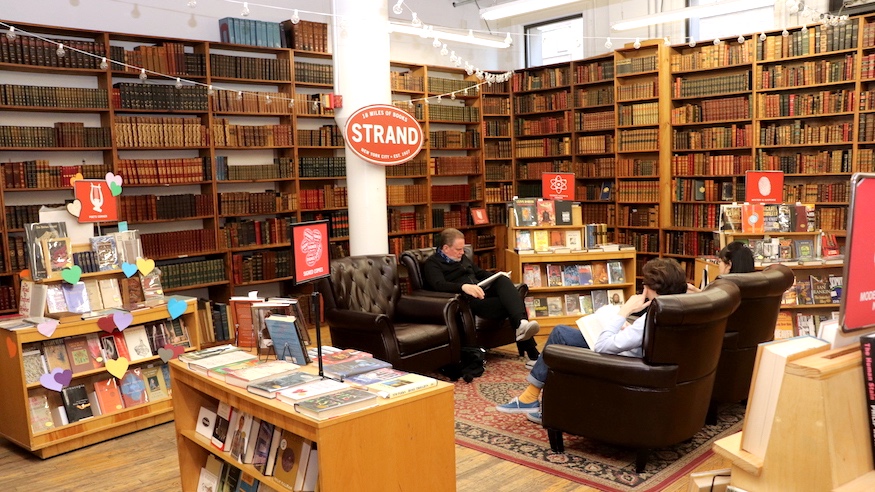 The case against landmarking The Strand

Irony is a recurring theme in this story. Ben Bass passed the store down to his son, Fred Bass, who bought the building in 1996 in the hopes of saving his store from the rent increases that have claimed so many independent small businesses.

His daughter Nancy Bass Wyden now owns the shop, which employs 238 largely unionized staff and is not just a local bookstore but a major attraction for the over 65 million tourists who came to the city in 2018.

But making her building a landmark would jeopardize The Strand, according to Wyden, by making future renovations slower and more costly. Landmarked buildings must apply to the Landmarks Preservation Commission to make any changes to the building’s facade, and using only approved materials for repairs. Wyden told WNYC that she’s consulted architects who told her, “Landmarking is a mess, try to get out of this.”

Needless to say, the book business is also tough. In 1950, New York City had 368 bookstores. By 2018, that number is just 79. Book Row alone had 48 stores, of which only The Strand remains. Ironically, The Strand’s biggest competitor Amazon was offered a $3 billion tax break to bring its new headquarters to Long Island City — a deal that just fell apart after heavy community opposition. That’s in contrast to the first hearing on The Strand’s status in December, which was well-attended by supporters of its continued non-landmark status.

“Maintaining the building would require hiring landmarking experts, architects and lawyers,” writes Wyden in a CNN op-ed. “This additional cost, on top of our already thin margins, could very well grind The Strand into bankruptcy.” 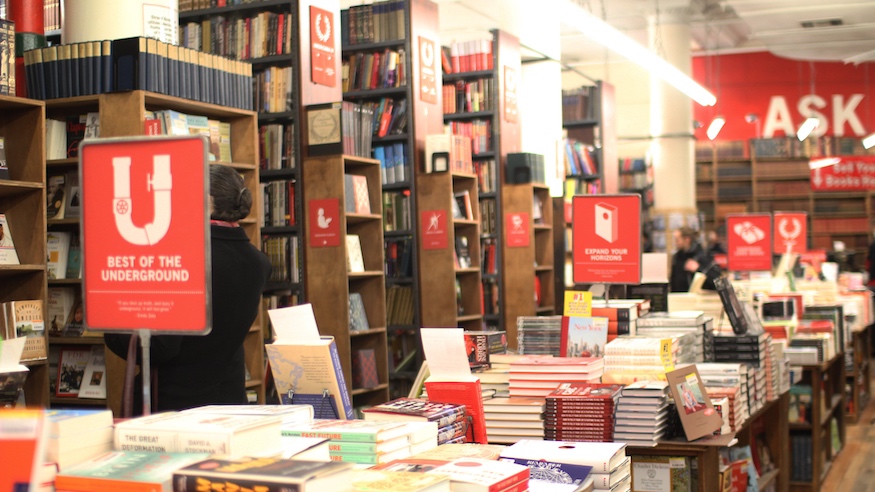 Unlike other landmarked buildings, 828 Broadway is in no immediate danger. It has no air rights, which would be desirable to potential buyers, and is among the estimated 40% of buildings in New York City that are overbuilt, meaning they exceed various limits created by the 1916 Zoning Resolution. That means if the building were bought and razed, any new structure would have to be considerably shorter and smaller.

Landmarking the building would also go against the mandate of the Landmarks Law. The purpose of designating a building as a landmark is “to protect and enhance the city’s attraction to tourists” and “strengthen the economy of the city.” The Strand meets these qualifications — the LPC’s own report acknowledges that, yet landmark status offers no direct protections or benefits to businesses.

The Strand just recently finished repairing its windows after they were shattered in a March 2017 manhole explosion — work that wouldn’t have qualified for the LPC’s new FasTrack service implemented in January 2019. “That took around two years without having to go through an approval process, and that’s something that would only be drawn in out in length and cost and time,” says Leigh Altshuler, communications director for The Strand.

The Strand also has big plans for its building. There are plans to add outside lighting, new signage and updating the iconic red awning, and a coffee shop with an entryway through the side of the building, all of which would have to be approved by the Landmarks Preservation Commission.

“Please do not destroy Strand by adding more bureaucracy and unnecessary expenses and restrictions slowing us down, just when we need to be our most competitive,” Wyden said at a Landmarks Preservation Committee meeting in December. “In an attempt to preserve history, you very well may end up destroying a piece of the city.”