Interview: Jon Heder on being in the super-weird 'Reality' - Metro US
Movies

Interview: Jon Heder on being in the super-weird ‘Reality’ 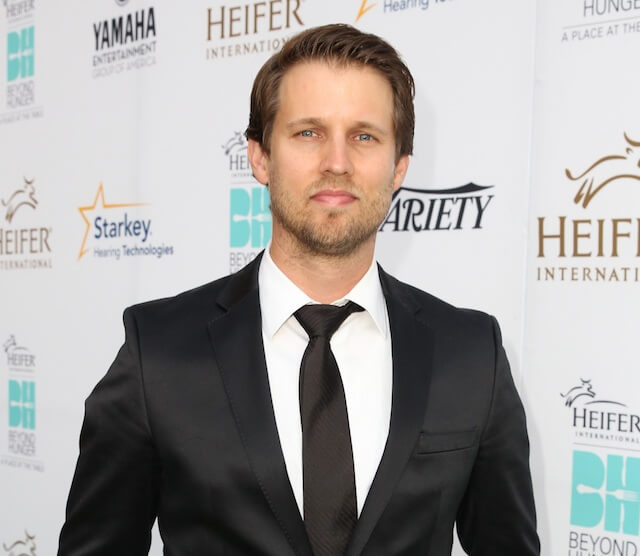 In “Reality,” Jon Heder plays a cooking show host who finds that his rat costume is making him itch. Let’s start over again: “Reality” is the latest block of absurdity from DJ-turned-filmmaker Quentin Dupieux, whose debut feature was the killer tire movie “Rubber,” which wasn’t a horror film about a killer tire but an eccentric philosophical comedy that sent up the act of watching ridiculous movies like it. “Reality” is an even stranger movie, with several characters with silly habits (one is trying to make a movie about killer TVs, another has dreams of him riding around a jeep in a dress, etc.) who eventually find their worlds becoming parts of dreams. It’s an odd film to watch and, as per Heder, one to make too.

My character just jumps out of the gate with an extremely simple dilemma. Eventually he think he and [the character played by Alain Chabat] are the same person. So it jumps into this existential situation. It seems so absurd, but you’re playing it in a very monotone way. You’re not in a normal world, but it feels normal and it’s played normal.

That’s kind of like “Napoleon Dynamite”: he doesn’t think he’s in a comedy. He thinks he’s in a drama.

For sure. We thought it was funny, but it was funny because he was just very sincere. You take it seriously and trust the comedy will come. That’s why you get great comedic performances out of dramatic actors. Every now and then you see a dramatic actor trying to be funny, and that’s when it can hurt. But when they commit to a character and fleshing that character out, that’s when it scores.

How did you first encounter Dupieux?

Before I met him I had watched “Rubber.” And I was extremely confused. I was like, “OK, that’s not quite the horror film I thought it was going to be.” When I read “Reality” I was very much prepared for unconventional storytelling and messing with the linear plot — not just playing it non-linerally, but messing within a story. But it’s very simply laid-out. It sounds confusing, but it doesn’t’ really get that confusing. It’s actually rather easy to follow.

What do you think makes this special amongst other films that play with dream logic?

It’s a kind of mind-trip that you don’t normally see. It doesn’t get really crazy with camerawork and costume design. It doesn’t have anything like people talking backwards. It doesn’t feel like it’s racking your brain, like it’s a brainbuster. It feels kind of relaxing. You sit there and think, alright, it’s a brainteaser that has no solution. It’s like an infinity loop. I don’t know what it is, but there’s something relaxing about it.

It’s also not an easy sell. It doesn’t fit into any real category.

Almost any independent film you get is never down the line hardcore genre. All of it mixes. A lot of the scripts I get are like, “Oh, it’s a comedy but we’re playing with a dramatic edge.” I really enjoy that. I like playing something that’s real and dramatic but turns out to be funny. The studio comedies that I’ve done, I just don’t know how much that’s truly my strength. I enjoy those, but I enjoy the inventivenss of these independent films that don’t fit into any category.

You have an animation degree. Have you had a chance to act on that?

For the longest time I’ve focused on acting, but I’m definitely jumping back into that. I’d love to develop an animation show or a feature — something that’s in that world. I love animation, I love visual arts.

You’ve spoken in the past of trying to do more drama, and you even have a role in the upcoming film “Walt Before Mickey,” playing Roy Disney. What other things do you want to do that you haven’t before?

Like every kid I had a dream of being a rock star. So to be in a musical or even a film about a band, I’d love to do. It’d be fun to do sci-fi or fantasy, or to be in a biopic playing someone who’s real. I’m not sure who I’d play, though. I remember back in the day thinking Tom Petty would be fun. That was back in the day, though. I don’t know if that’d hold up now.

You could probably still pass for Tom Petty.

[Laughs.] I do love his voice!