Is Agent Coulson really dead in Agents of SHIELD season 6? - Metro US
Movies

Is Agent Coulson really dead in Agents of SHIELD season 6? In the final moments of Marvel’s Agents of SHIELD season 5 finale, Phil Coulson (Clark Gregg) spends his last days in Tahiti with Melinda May (Ming-Na Wen) as the remaining members of his rag-tag version of the secretive organization head off into the sunset. It was bittersweet as audiences didn’t want to see the fan-favorite character refuse treatment for his condition. Even so, they were glad to finally see him at peace. Now the Agents of SHIELD season 6 trailer is suggesting something else.

Is Agent Coulson dead in Agents of SHIELD season 6?

Gregg reappears as Agent Coulson at the very beginning of the trailer in the form of a voiceover. It’s revealed to be a set of instructions left for Mack (Henry Simmons), the new leader of the remnants of SHIELD. As the trailer moves on, however, a shadowy figure in the final scene is revealed to be a smiling Coulson. Or, at least it’s someone who looks and sounds like the secret agent whose presence is strewn throughout the Marvel Cinematic Universe and its broadcast TV counterpart. 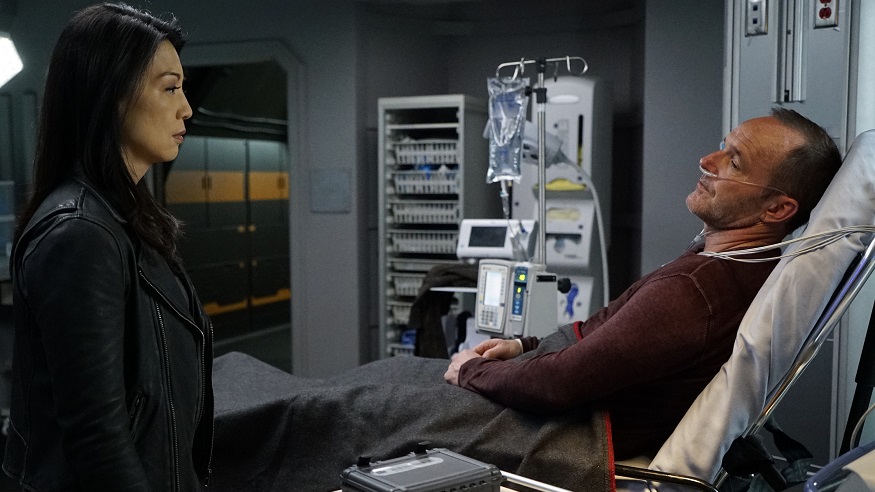 Sure, the teaser trailer is still insisting that Coulson is dead. The logline asks how the agency will “move on without Coulson” and the video’s official title ends with the tagline “Coulson Is Dead.” But the teaser’s tag suggests that the agent (and the actor playing him) is still involved in the show’s increasingly complicated story somehow. What’s more, Gregg seems to be having fun with these questions by trolling the fans on social media.

One chapter ends, a new one begins…

In three separate tweets, the actor hinted at the possibility that he was finally leaving the character (and the larger Marvel world) behind for good. But instead of delivering such a blow, he used these tweets and the fervor they caused to promote the Agents of SHIELD season 6 trailer.

What’s going on in Agents of SHIELD season 6?

Aside from pondering Coulson’s actual fate, the Agents of SHIELD season 6 trailer offers little in terms of where the ABC action series is actually heading. Mack is now in charge of the covert organization, Fitz (Iain De Caestecker) is still frozen and lost somewhere in deep space and Daisy (Chloe Bennet) is still kicking butt with her powers as Quake. A voiceover from Mack suggests that a new group of “extremely powerful” baddies is on the loose in season 6, but that’s all there is.

Marvel’s Agents of SHIELD season 6 premieres this summer on ABC.