Is Independence Day on Netflix? - Metro US
Movies

Is Independence Day on Netflix? Chances are, you have that one friend who enjoys reciting that infamous Bill Pullman speech from the classic humans vs. aliens film Independence Day on the 4th of July. You know the one. “We will not go quietly into the night,” he declares over a loudspeaker to a fleet of pilots — including Will Smith and Randy Quaid —  about to go to war with the UFOs reeking havoc on the planet. He adds “We will not vanish without a fight! We’re going to live on! We’re going to survive! Today, we celebrate our Independence Day!” It’s some inspiring stuff, and a great rally cry to party harder for America. But is Independence Day on Netflix for us to watch on the 4th of July? 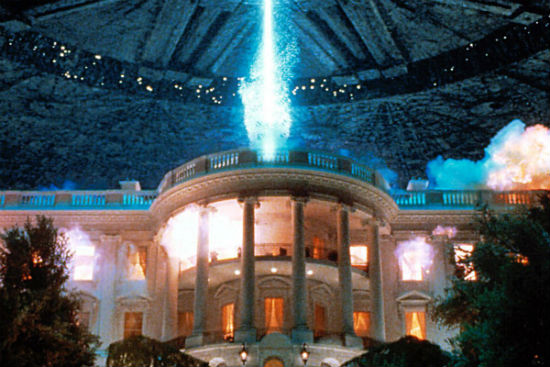 Is Independence Day on Netflix?

Unfortunately, for those of us looking to see Will Smith exclaim “WELCOME TO EARTH” after knocking out a gnarly looking alien projected on a big screen — we will have to scrounge the internet for other ways to see this holiday classic.

But here are a couple equally righteous movies you can watch on America’s birthday to get in the spirit.

A famed historian and code breaker is sent on a wild goose chase to find a treasure that was buried around the creation of the declaration of independence — and did I mention this guy is played by non-other than Nicolas “Rage” Cage himself?

Bruce Willis and — reigning world’s worst back tattoo owner — Ben Affleck starred in this 1998 blockbuster about a bunch of misfit deep core drillers who are sent up to space to drill into an asteroid hurling itself towards Earth. You’ll laugh. You’ll cheer. And you might even shed a few patriotic tears when the Aerosmith classic “Don’t Wanna Miss a Thing” kicks into high gear.

So, is Independence Day on Netflix.

No, it is not. But with these picks, we’ve got you covered. But if you need to see Bill Pullman’s legendary speech, check out the whole thing bellow…