Is The Santa Clause on Netflix? - Metro US
Entertainment

Is The Santa Clause on Netflix? 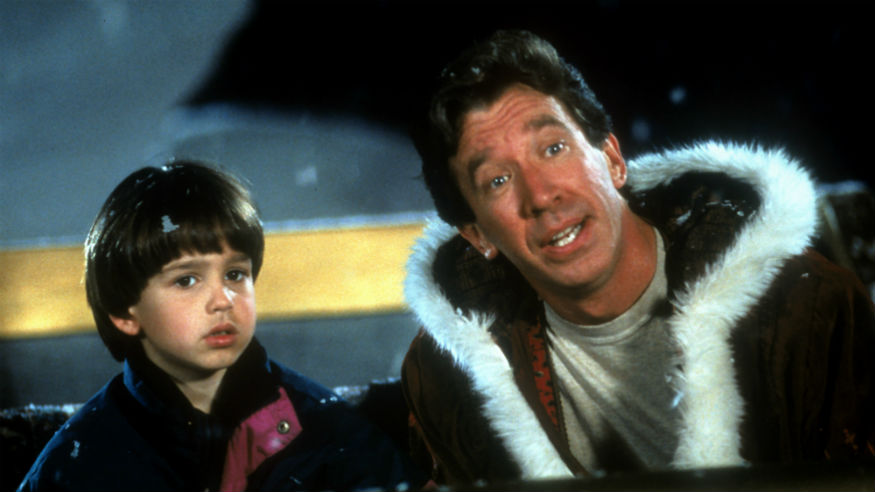 We are officially within spitting distance of the Holiday season. And while the omnipresent reminders of Christmas may not be everyone’s cup of peppermint flavored cocoa, for others now is the time to binge on some of the best Holiday movies leading up to the big day. Why many of the GOATs are represented on all of the streaming platforms, some of the best have been relegated to the naughty list (AKA, not available to stream). For instance, what about the Tim Allen Santa Clause franchise? Is the Santa Clause on Netflix?

What is the plot of The Santa Clause?

Is the Santa Clause on Netflix? Photo Credit: Getty Images

How does one get the job of “Santa Claus”? That was the main plot-point of the now-classic 1994 Tim Allen starring Holiday classic the Santa Clause. The way that Allen’s character, Scott Calvin, found out is that it is pretty similar to how a Highlander beheads another Highlander to gain all of his or her knowledge. Calvin, a divorced salesman, hosts his son Charlie at his home for Christmas one year and hears the click-clack of footsteps on his roof. A true master of his domain, Calvin and Charlie rush out to see what is going on and, in the process, startle Santa in mid-delivery. Saint Nick plunges off of the roof to his death and thus seeming to put an end to the Holiday as we know it. Calvin realizes what he has done — after checking Santa’s wallet for his ID — and is then forced to put on his suit and finish out the rest of his delivery route.

The delivery was a wild success and Calvin then gains the power and responsibility of Santa Clause and must continue on in his place while maintaining his life outside of the North Pole. If this sudden career shift wasn’t enough, his son Charlie is struggling to keep his father’s secret and take the criticism from his mother Laura and his new stepfather Neil who wish to dissuade Charlie’s belief in Joly Ol’ Saint Nick. Or should we say, Joly Ol’ Saint Scott? Hilarity and heartwarming ensues — so is The Santa Clause on Netflix?

Is the Santa Clause on Netflix?

Unfortunately, watching The Santa Clause on Netflix won’t be a possibility this Holiday season. However, you can rent or buy the movie from platforms like YouTube, iTunes, Amazon Prime, or Vudu. Once you have finished the first one, you might want to watch the two sequels to the Santa Clause on Netflix. Sadly, those are not available for streaming either. But hey, it may be worth it to have some friends over to binge all three?  You could dub it as your “Saint Scott Party”! Come on, you’ve had weirder excuses to throw a party.