How do you use Twitter? Do you carefully craft 140 characters about how infuriating the morning traffic is? (Guilty.) Do you retweet like it’s your job? Do you send messages to your local representative? Perhaps you use the like button more times than you can count.

According to reports, Twitter co-founder and CEO Jack Dorsey wants to remove the like button in order to improve the quality of debate on the social site.

The Telegraph reported that, during a recent Twitter event, Dorsey revealed he’s “not a fan of the heart-shaped button,” which was introduced in 2015.

Twitter responded to The Telegraph with the following: “As we’ve been saying for a while, we are rethinking everything about the service to ensure we are incentivizing healthy conversation, that includes the like button. We are in the early stages of the work and have no plans to share right now.”

As we’ve been saying for a while, we are rethinking everything about the service to ensure we are incentivizing healthy conversation, that includes the like button. We are in the early stages of the work and have no plans to share right now. https://t.co/k5uPe5j4CW

When Metro reached out for further comment, a Twitter representative pointed to the above message. The company would not elaborate on whether or not user input would come into play prior to any like button changes.

Earlier this month, Dorsey voiced his uncertainty about the like button during a WIRED25 summit.

Other changes he spoke about included the display of followers on user profiles.

Twitter, like all social media, can cause negative health effects due to the constant pressure of getting likes, which translates to praise and affirmation. There’s also the fact that Twitter can often be a breeding ground for false information and hate rhetoric.

“The most important thing that we can do is we look at the incentives that we’re building into our product,” Dorsey told The Washington Post back in August. “Because they do express a point of view of what we want people to do — and I don’t think they are correct anymore.”

One Metro staffer, an avid Twitter user, says she’s fine with the like button being removed, but only if the retweet function stays.

A second staffer says he “probably” would use Twitter less, but it wouldn’t make a huge difference either way.

Two New Jersey natives tell Metro they’d still use the social platform regardless. (On a personal note, the only like button I’d have a problem with disappearing is the one on Instagram.)

Some users were not so thrilled about the news:

This is not a fucking debate site and the people who harasss you and then attack you for not “debating” them are the ones that need to be removed, @jack @twitter, not the “like” button. Either remove the fucking racists or just admit that you’re on their fucking side. https://t.co/xIaGBJxXI3

NOOOOO!! I use my “like” button to save links to articles to read later. We need some kind of filing tool to keep useful tweets.
Twitter to remove ‘like’ tool in a bid to improve the quality of debate’ | via @telegraph https://t.co/et9nV8V8nQ

For those, like the above user, concerned that they wouldn’t be able to save tweets for later (under the “like” tab) there’s a solution. At the beginning of the year, Twitter actually rolled out a bookmarks function specifically for that purpose.

These bookmarked tweets can be found in the designated section of your user profile menu, as seen below: 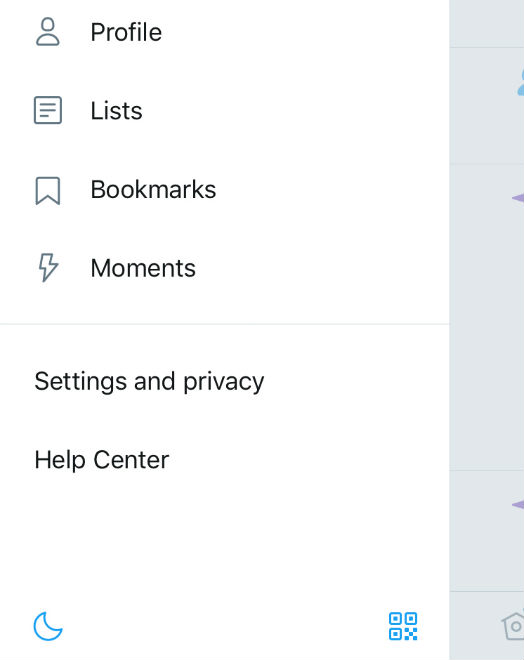 It’s important to note that nothing is set in stone yet. The like button will still live to see another day.