By Angelo Amante and Gavin Jones
0
comments
Posted on January 26, 2022 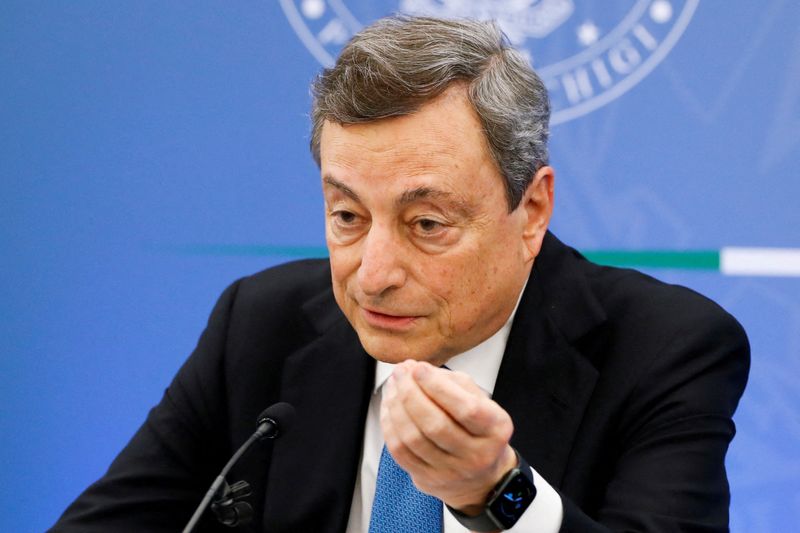 ROME (Reuters) – Italy’s lawmakers failed to elect a new head of state for a third day running on Wednesday, with no consensus candidate emerging to replace outgoing President Sergio Mattarella.

The race for the prestigious, seven-year role is wide open and on paper neither the centre-right nor the centre-left bloc have enough votes to ram through their candidate, meaning some sort of compromise deal will probably be needed.

A fourth round of voting, which begins at 1000 GMT on Thursday, may prove less predictable because the threshold required for election is considerably lower.

Prime Minister Mario Draghi remains in the frame but worries that his promotion to president might cause his coalition government to disintegrate and trigger an early parliamentary election have clouded his prospects.

“We would have weeks of confusion if Draghi were to leave the government … It would be a problem amid a health crisis, an energy crisis, an economic crisis,” said rightist League leader Matteo Salvini on Wednesday.

Of the main party chiefs the only one who is publicly supporting Draghi’s candidacy for president is Enrico Letta of the centre-left Democratic Party (PD).

The president is a key figure in Italy. He has the final say in naming the prime minister and is often called on to resolve political crises in the euro zone’s third largest economy, where governments on average survive barely a year.

On Wednesday, many of the 1,009 lawmakers and regional delegates cast blank ballots as they had in the previous two voting rounds, a way of playing for time while their leaders negotiate.

A successful candidate needs a two-thirds majority in any of the first three rounds. From the fourth round the threshold is lowered to an absolute majority, or 505 votes.

This means it is possible that one side could try to push through a candidate hoping that, in the secret ballot, they can win support from unaffiliated lawmakers or some votes from the other side.

Such a move is considered more likely to come from the centre-right, which has slightly more lawmakers.

Francesco Boccia, a senior PD figure, told the conservative bloc on Wednesday that if it forced through one of its own as president, the multi-party coalition backing Draghi’s government would collapse.

“If the majority splits (over the presidential vote), as far as we are concerned the legislature is over, it’s a statement of fact,” Boccia said in a radio interview.

On Tuesday, the centre-right bloc put forward three candidates from its ranks – a former Senate speaker, a former mayor of Milan, and a retired magistrate – but the centre-left coalition dismissed the trio and called for further talks.

Alternative names floated in the media for head of state include former premier Giuliano Amato and Senate speaker Elisabetta Casellati, who is favoured by many on the right.

Letta strongly warned the centre-right not to try to elect Casellati on Thursday, saying it would be “absurd and incomprehensible … the most direct way to blow up everything”.

Mattarella, 80, has so far ruled this out, but he still got more than 120 votes in Wednesday’s ballot, suggesting many lawmakers are hopeful he might change his mind.