The Timera app will have you feeling like you’re walking among ghosts as it comb
dfakalas, Timera

The parties and parades that have come to typify Halloween mean the holiday devoted to the dead largely ends up glorifying life. But the themes of Halloween — fear, remembering the past, facing the end of life (whether human or the constant churn of development) — are explored every day in these places and events around the city. 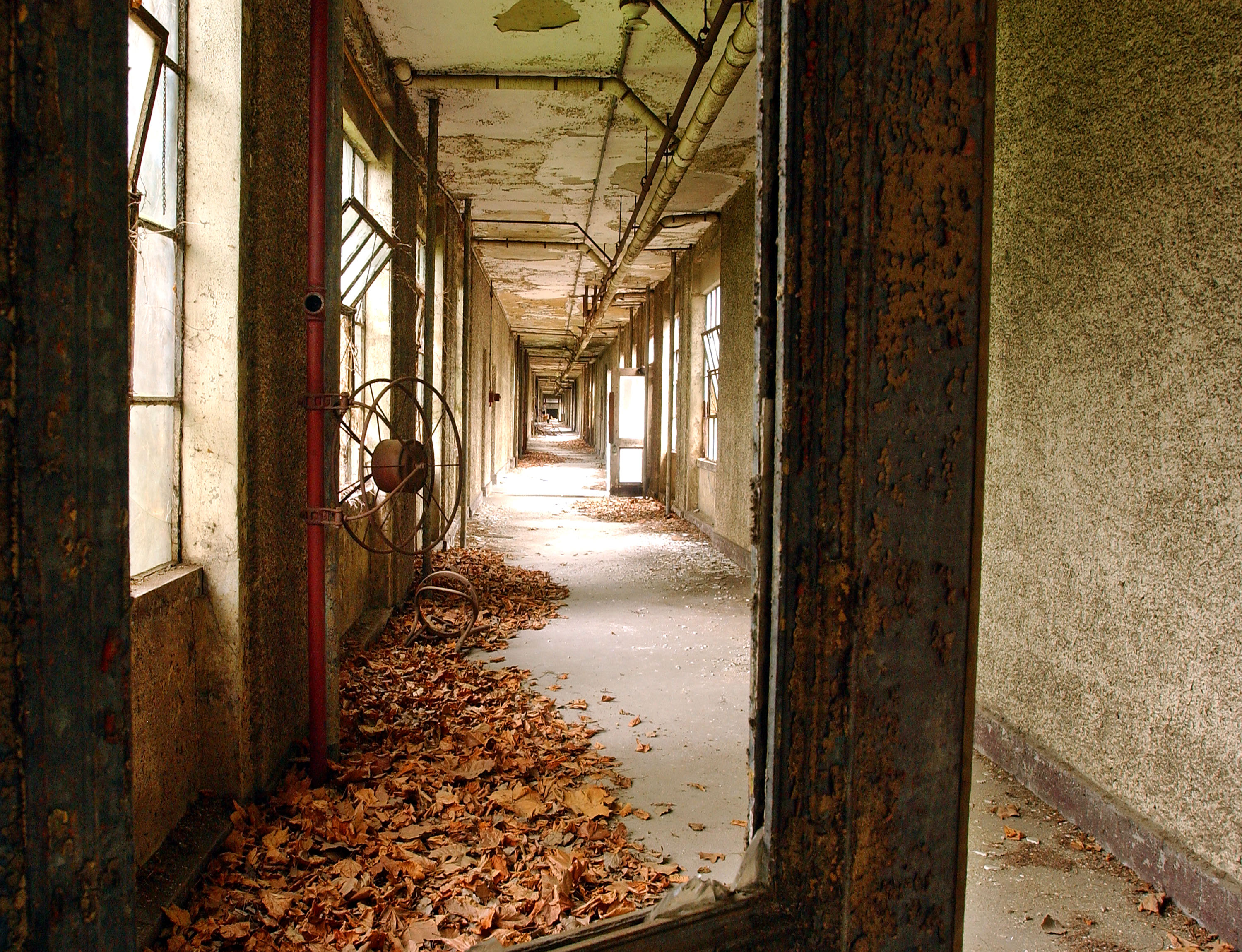 One of NYC’s oldest hospitals reopens to visitors

Though much of the Ellis Island complex, where 12 million immigrants were processed, is open to visitors, the hospital had remained off limits until earlier this month. A guided 90-minute hard hat tour takes visitors through select areas of the partially restored facility, including the contagious disease wards, kitchen and more. An art exhibit, Unframed – Ellis Island, by the artist JR recreates scenes in select rooms with life-size historic photographs. $25, 13+, saveellisisland.org

Confront the beauty of death

See death from the perspective of those devoted to exploring the beauty and curiosity that lie at life’s end at the Morbid Anatomy Museum. The nonprofit space has a library in addition to artifacts, drawings, medical moulages and preserved specimens from around the world. It also hosts popular lectures and workshops to create your own morbid treasures. 424 Third Ave., Brooklyn

The Victorian way to mourn

The commemoration of loss didn’t use to consist of a Facebook announcement and a funeral. The Metropolitan Museum of Art has collected 30 outfits to show the elaborate traditions that went into mourning during the 19th and 20th centuries. The rituals, and fashions, of mourning were set by royalty and spread via fashion magazines, sometimes with surprising double functions: “The veiled widow could elicit sympathy as well as predatory male advances,” according to curator Harold Koda. Drop in on Halloween between 6:30 and 8:30 p.m. for interactive experiences throughout the exhibit. Through Feb. 1

The other subway station inside City Hall

Next to the labyrinthine and grim City Hall subway stop is a veritable underground cathedral designed by the same men who built the Upper West Side’s Cathedral of St. John the Divine. You can catch glimpses of it if you stay on the 6 train as it circles through the station from the downtown to the uptown tracks. Small group tours are led by the Transit Museum only a handful of times a year, and the $40 tickets are snapped up fast. Check out photos taken on a recent tour at Curbed NY.

Meet spiders and even scarier bugs up close

This is the last weekend to catch the back-by-popular-demand exhibit at the American Museum of Natural History. Confront your fears with displays of live arachnids, including the aptly named goliath bird eater, then try to remember that they’re vital to keeping bugs from taking over the planet. On Nov. 1, confront your other creature-of-the-night fear during a Live Bat Encounter with Rob Mies, director of the Organization for Bat Conservation. Closes Nov. 2.; admission $27 adults, $16 kids; Central Park West and 79th Street

If you get the sneaking suspicion that you’re being watched on the City College of Technology campus, you’re not wrong. Gargoyles, from the standard demon bats to mischievous figures seemingly removing bits ofmasonry, are perched all over the buildings. For a gallery of them and more haunting images of “the creepiest statue in New York City” and lonely, odd and abandoned spaces, check out the Scouting NY blog, where location scout Nick Carr shows that emptiness and decay can still exist in this noisy city of more than 8 million residents at haunting sites like a decommissioned Nassau County jail and Staten Island’s abandoned Paramount Theatre-turned-nightclub. 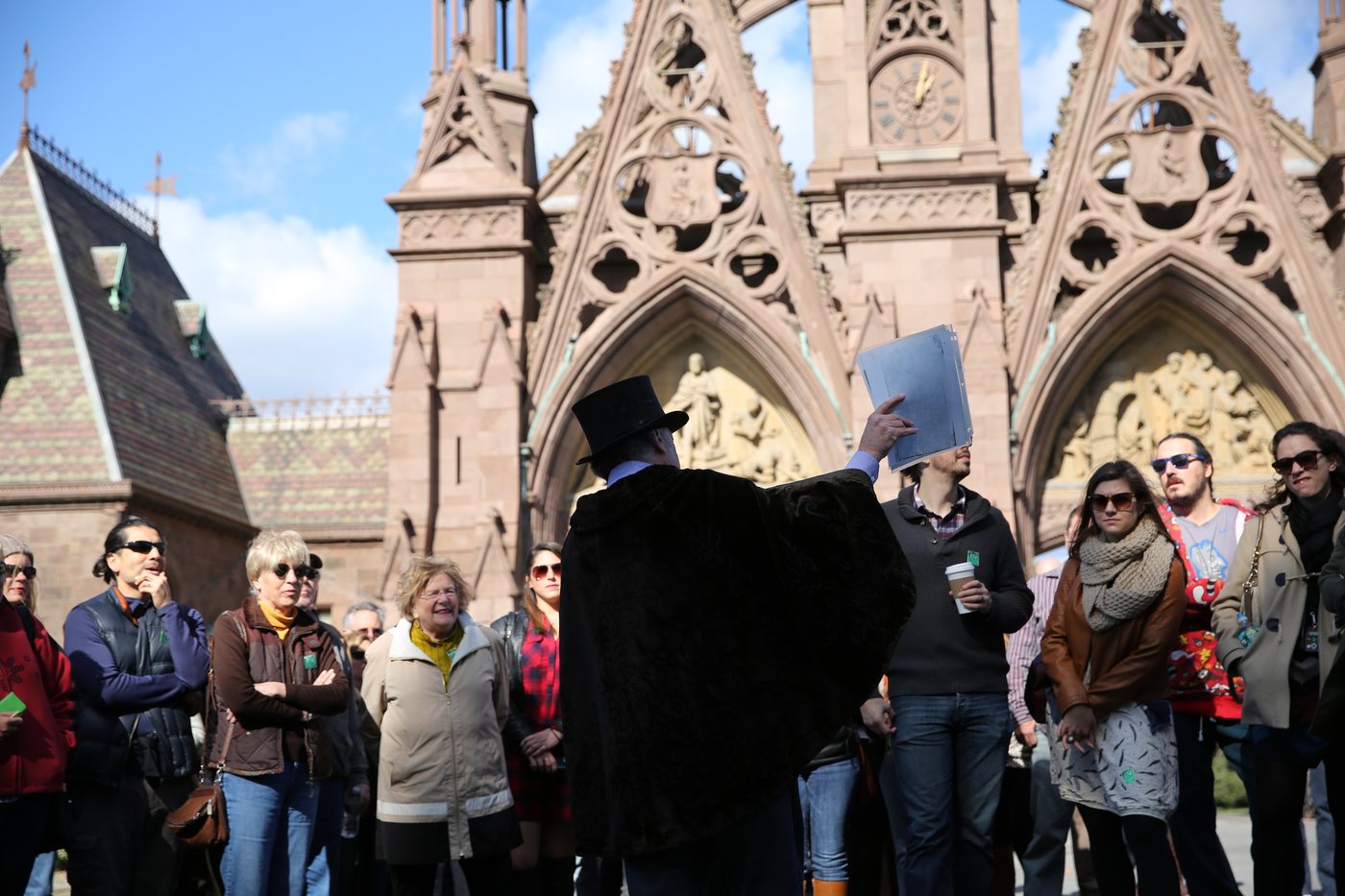 At 478 acres, there’s a lot to take in at Green-Wood Cemetery, from the Angel of Death, an Italian sculpture carved by the brother of the man who designed Mount Rushmore, to treading the same ground where George Washington and the Patriot army fought the Battle of Brooklyn in 1776. Plus there are the requisite stories of murder, mayhem and the ghosts that may still linger among the tombstones. Occasionally, the cemetery also opens up its catacombs. 500 25th St., Brooklyn