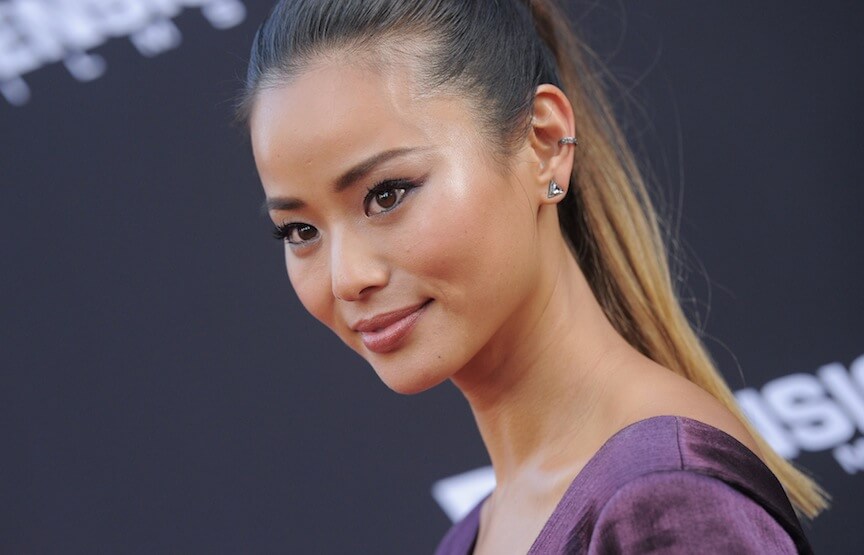 HOLLYWOOD, CA - AUGUST 19: Actress Jamie Chung arrives at the Los Angeles premiere of 'Sin City: A Dame To Kill For' at TCL Chinese Theatre on August 19, 2014 in Hollywood, California. (Photo by Axelle/Bauer-Griffin/FilmMagic)
Axelle/Bauer-Griffin

Maybe the promotional tour for a new Disney animated romp, “Big Hero 6,” isn’t the best venue for a serious discussion on race-based casting and Asian-American representation, but it’s a conversation worth having — and one that actress Jamie Chung is very eager to have. As a matter of fact, Chung has a few things she’d like to say about being an Asian-American actress, starting with the fact that people shouldn’t make such a big deal about her playing Japanese or Chinese when she’s actually Korean. And that’s just the beginning of it.

How often do you get asked about things like Asian-American representation?
Oh my God! So I was asked at one of the earlier interviews — this woman, I think she’s Japanese, was asking me how I felt about playing multiple Japanese characters. I’m Korean, my nationality’s Korean. And you know, I get asked this quite often. I really don’t see what difference it makes. I mean, I’m honored to play these roles and these characters, and I know quite a lot about the Japanese culture as well as Thai culture and Korean culture and Chinese culture, and they are all respectfully very different. But it’s weird that I get called out on those kinds of questions because it’s like, do you call out Australian actors for playing British? “How does it feel playing a white character?” You know what I mean? I just wish it didn’t have to be so racially defined. It becomes quite annoying.

Do you ever feel a sense of, “Why am I expected to be a representative?”
I read an interview about Lucy Liu where they asked her, “How does it feel to represent the whole Asian community?” And she’s like, “I never asked for that! I’m just doing my job.” She doesn’t necessarily want that responsibility. And I’m not saying that I don’t, it’s just … I don’t know. I consider myself an artist, and I love and appreciate all these different cultures. It’s interesting, and I get it. There’s a lot of nationalism and a lot of pride, and I respect that. But as an artist, it’s sad that we’re kind of limited. We’re already so segregated — Asian female actress — it sucks that it’s even more limiting if you think like that.

How do you deal with all of that?
You just answer the questions as PC as possible. As an artist you hope to play all of them and not just one specific Korean character because you’re Korean. I don’t think that’s really fair. I’m sure white actors are not asked these questions. A great actor is a great actor, and they can turn into something else. But it’s quite entertaining when everyone in a movie about Egypt is anything but Egyptian. So I get it, I get it. It’s such a hard thing to address. It’s a very sensitive topic.

Along the same lines, when will we get to see Asian-American arcs on television that aren’t just telling the same story?
Yeah, I’m so sick of that story. And it’s my story, too. I think once we phase out of this decade, hopefully it will become more even. And I feel like we’re getting there, but slowly.