The Jets have spent a majority of their existence in the shadow of their co-tenants, the Giants, as the little brother of the New York City-area football scene.

Usually the punchline of all jokes in the NFL, the Jets have made mediocrity the mundane as they’ve kept their fans on what is now a 50-year wait for a return to the Super Bowl. To put it plainly, the embarrassments have far outnumbered the triumphs.

In the meantime, the Giants have celebrated four Super Bowl titles over the past 33 years as they continued to build their brand as one of the proudest franchises in the NFL.

The Jets are suddenly developing a powerhouse as general manager Mike Maccagnan has made all the right moves to save his job, so far, while the Giants are in full self-destruct mode.

Needless to say, the family dynamic around the Big Apple is changing.

After coming away with a resolute middle linebacker in CJ Mosley on Tuesday, the Jets pulled off a doozy of a deal by acquiring Le’Veon Bell in the wee hours of Wednesday morning.

With Bell’s addition to a franchise cornerstone that now features Mosley, second-year quarterback Sam Darnold, and Jamal Adams (just to name a few), the Jets are suddenly like the little brother that came back from his first year of college only to grow half a foot and put on 25 pounds of solid muscle.

And now they can totally kick big brother’s butt.

Bell’s deal would have been the largest move of the night had it not been for another the shocking move made by Giants general manager Dave Gettleman, who is quickly becoming one of the most maligned faces in New York sports.

The second-year executive traded away his best receiver and a generational talent in Odell Beckham Jr. to the Cleveland Browns for the 17th overall pick and a third-round selection in the 2019 draft along with safety Jabrill Peppers.

It’s a questionable return for one of the game’s greatest receivers while bringing an end to a head-scratching saga. 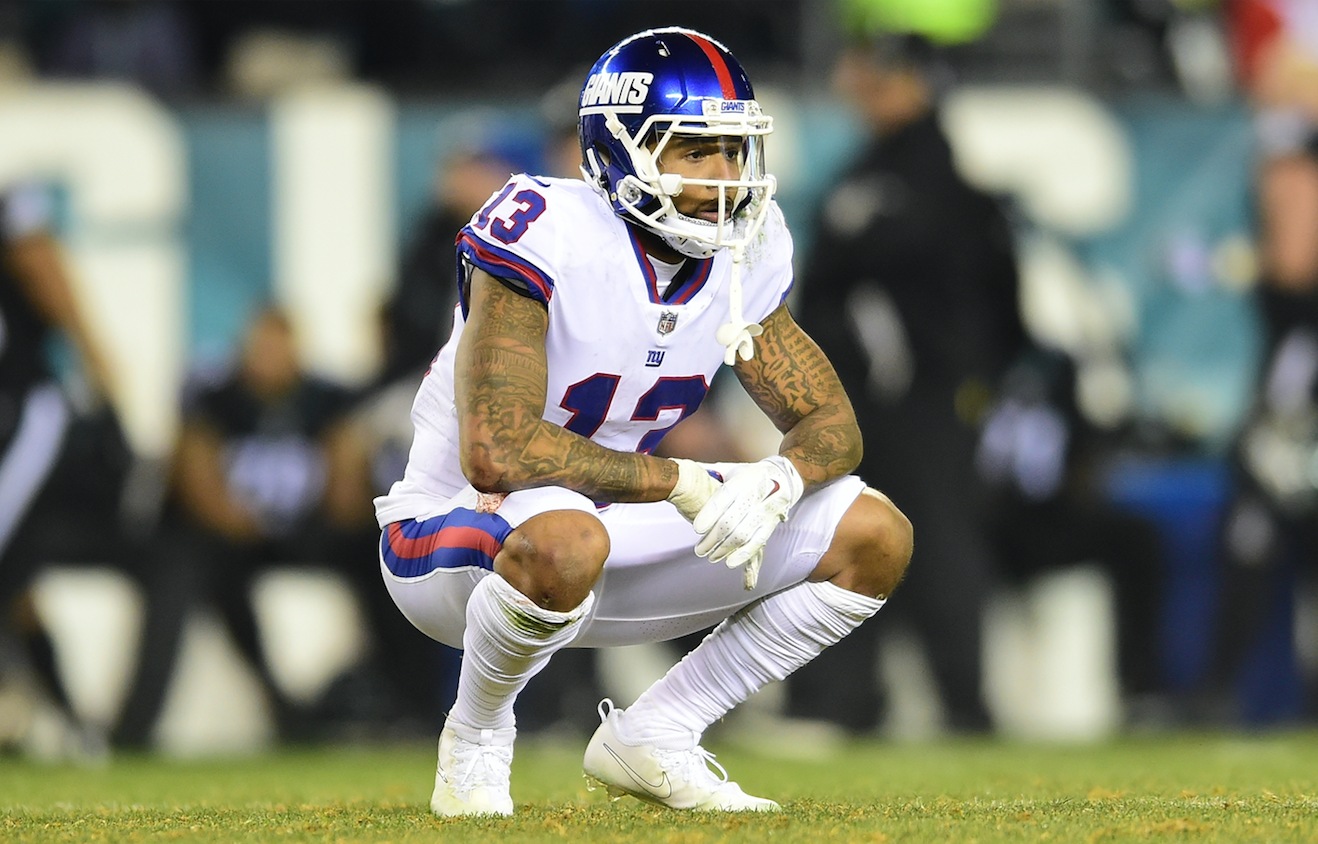 After flirting with the idea of trading Beckham last season, the Giants decided to reward Beckham with a five-year, $95 million extension that made him the richest wide receiver in NFL history at the time. While trade rumors persisted, Gettleman assured his team and the fan base that the Giants didn’t sign the 26-year-old just to trade him.

That was a lie.

Beckham’s departure is the largest item on Gettleman’s growing rap sheet. He made the decision to retain veteran quarterback Eli Manning and his $23 million cap hit while allowing one of the top safeties in the game, Landon Collins, to walk in free agency and sign with the division-rival Redskins.

There will be a hope that Peppers can step in and replace Collins in the secondary, but it’s a risky move by a general manager who clearly undervalues the safety position.

Regardless of that, the dealing of Beckham officially alerts the NFL that the Giants are in an all-out rebuild mode.

The problem is that it’s a decision that came a year too late.

Because they signed Beckham to that monster extension, the Giants paid Beckham $21.5 million last season for just 12 games and will incur $16 million in dead money. That’s $37.5 million that could have been reallocated to address larger needs like either of the lines, the secondary, or even an established replacement for Manning.

Now the Giants could be drafting a quarterback in either of the next two drafts where he’ll be thrown on a team that is expected to be woefully bad. That might not even be the worst part as the team is basically admitting that they are prepared to waste the next two years of developing superstar running back Saquon Barkley, the lone bright spot of the organization.

Hopefully, the Giants don’t mind the basement at MetLife Stadium because they’ll be looking up at the Jets for a few years.

And little brother won’t be minding that at all.