John Slattery on what a real leader looks like (not Trump) John Slattery isn’t a fan of our sitting POTUS. You can even see that in the films and TV shows he makes. “Spotlight” is a valentine to journalism; “Veep” (on which he played Selina Meyer’s boyfriend last season) is a darkly funny look at the White House. Right now, he has the movie “Churchill,” an account of the lead-up to D-Day, when Britain’s Prime Minister (played by Brian Cox) duked it out with Slattery’s General Dwight D. Eisenhower about whether one of the biggest battles of World War II was a good idea or not. Watching two of the most legendary leaders of the 20th century, one can’t help but wish people like them were in power right now.

We spoke with Slattery as he was disarmingly dressed in casual, not dapper “Mad Men” wear, with a jacket over a Russ & Daughters t-shirt. The 54-year-old actor talked about what makes a great leader, how journalism is thriving and how he wished he’d been insulted more on “Veep.”

This obviously wasn’t the intention when you shot this, but it’s surreal watching a movie about great, inspiring leaders in an age when America has one who’s none of those things.
You think? Not that there aren’t great world leaders in other parts of the world. Other parts of the world seem to still be going after the best and the brightest. I do think it’s interesting that [Trump] kept referring to her as “Crooked Hillary,” and here we are, three and a half months in, and he’s being investigated eight ways from Sunday.

It’s hard not to wish for a Churchill or an Eisenhower right now. Even if you didn’t always agree with their actions, you respected them.
You know what it is? Eisenhower was a trusted individual from start to finish, whether it was to get a job done or to motivate someone or to give you his straight opinion. He was smart, he was a student of history. He wasn’t known as a great strategist or a great field commander. But he could deal with people. He had the trust of everyone. He didn’t have to be the smartest guy in the room. I think that’s what a great leader is — someone who lets the best ideas win. We’re so far from where we ought to be in that regard. I don’t mean just You Know Who. It’s also the partisanship that’s ruining us. If someone has a good idea, let’s use it.

No one wants to work together. It’s blind and uncompromising allegiance to the party.
They’re just there to stay there. They get to Washington, then they realize, ‘This is where I want to be. I’m going to do whatever I need to stay here, in power.’

It sounds a lot like “Veep,” actually, where everyone is just a venal careerist.
It’s less interesting than “Veep.” Or it’s more surreal. It’s crazier. And they keep saying, “These shows stole our storylines,” whether it’s “House of Cards” or “Veep.” They say, “We thought up the most insane treatment of this group of people, and they’re nothing close to what’s actually happening.”

It must have been fun to do “Veep.” Though your character didn’t get a lot of those hyper-profane, creative and tailor-made insults that most of the main cast gets.
I wish I had one of those parts. I wanted to be in the inner circle of those guys who were just ripping each other to shreds. 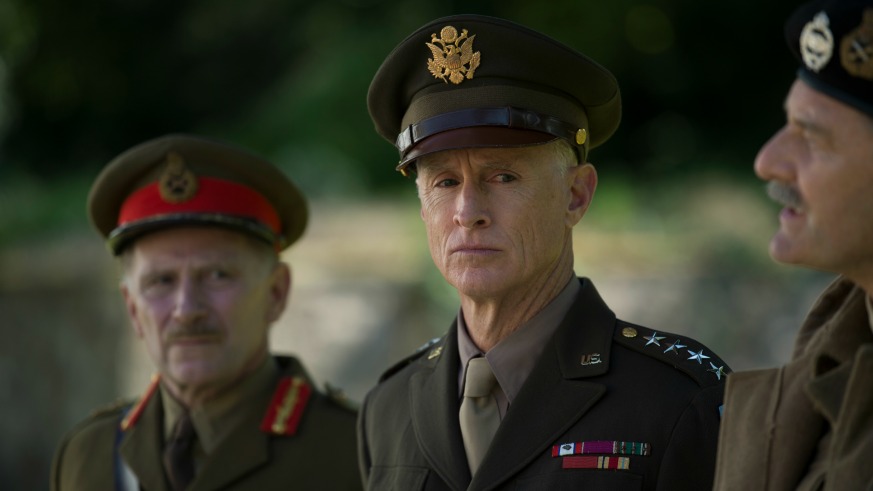 “Spotlight” is another thing you did that keeps seeming more and more relevant. That film is about journalism at its best, and right now it’s under fire.
I don’t know if it’s worse, actually. Obviously there’s the fake news cycle, but this is what journalism is supposed to do. It’s suppose do withstand the malpractice of institutions and uncover them. When someone calls it “fake news” so they can blanket everything set against them as fake news, real journalism will withstand that. It will be uncovered if someone acts in an untoward way. It seems like it’s working. It certainly seems to be getting under their skin.

Of course, then there’s the problem that half the country doesn’t believe it, and even those who do won’t pay for it.
You have to be pay for the news. If they’re putting out a product, then how are they going to sustain a business if they’re giving it away for free. That’s no business model. Pay your $9.99 and sign up.

Do you unplug at all?
I do. It’s hard to do that, though, in this kind of climate. But it’s not so much the sensational stuff that’s going on. It’s the policies, like the Clean Air and Clean Water acts and other things that are getting slaughtered — the things that don’t get as much attention. The bad behavior gets attention and sound bytes. But we have to try paying attention to the real damage that’s being done.