Jonathan Demme, director of 'The Silence of the Lambs,' dies at 73 - Metro US
Celebrities

Jonathan Demme, director of ‘The Silence of the Lambs,’ dies at 73 Jonathan Demme loved people. There are villains in his movies — most notably that charming aesthete Hannibal Lecter, who loved people, too, only as food — but his films are among the warmest and liveliest in existence. It’s with that that we regretfully report that the filmmaker has died at 73, from esophageal cancer and complications from heart disease.

The most famous (which is to say the highest grossing) Demme films are about strife: the hunt for a serial killer in “The Silence of the Lambs”; the battle against discrimination in “Philadelphia”; political meddling in his sturdy remake of “The Manchurian Candidate”; familial wounds in “Rachel Getting Married.” (“Beloved,” about postslavery life, famously bombed, but is probably worth re-evaluation.)

But throughout all of these — especially “Rachel Getting Married” — lies a boundless curiosity in and generosity for people. In his 2008 drama, the focus may be on Anne Hathaway’s wayward recovering addict as she rips off the Band-Aids over her family’s wounds. But Demme took every chance he could to hang with people trying to make things festive. The wedding stretch that eats up most of the last half hour is among the most remarkable of its kind: Hathaway’s character finally steps back, allowing everyone to celebrate. And Demme just lets us drink in their beautiful, joyous, transcendent revelry.

Music played a huge role in his career; few name directors made so many concert movies, and over so many different genres. He can stake a serious claim for greatest concert movie ever made, in the form of “Stop Making Sense,” which captured Talking Heads as they had just tipped from cult oddity into mainstream weirdos. He didn’t just set up an army of cameras and hit record; each song is filmed a different way, capturing their individual essence. Only at the end, during their cover of “Take Me to the River,” do we see the crowd that’s been eating the show up all this time. 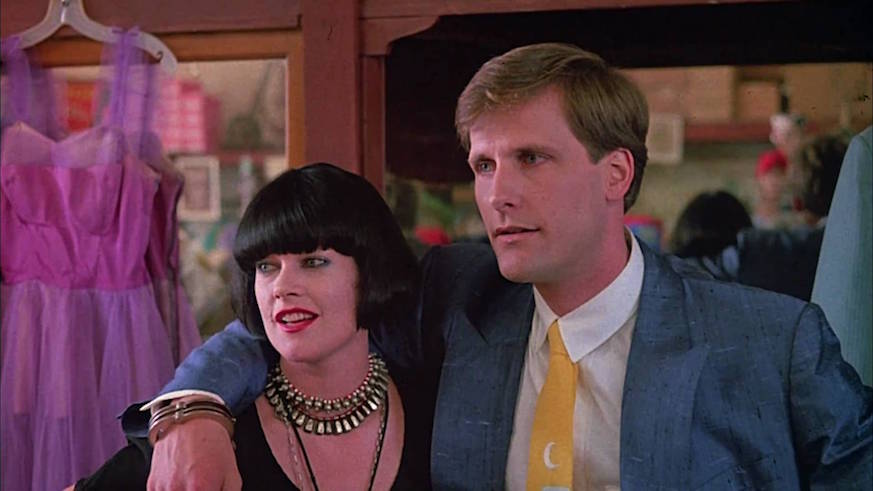 Demme made three, very different concert films with Neil Young, the best of which might be the ruminative “Heart of Gold” from 2006, though we slightly prefer the grungy, dirty “Trunk Show” from 2009. He made the intimate “Storefront Hitchcock” with Robyn Hitchcock going solo — just a guy, a guitar and a small crowd. On the other extreme is what turned out to be his swan song: last year’s “Justin Timberlake + the Tennessee Kids” (now on Netflix), which captured the biggest concert imaginable, but didn’t treat it like as a mere corporate cash cow. Instead, it showed just how much its crooning, cavorting megastar feeds off of his countless fans, then rewards them by giving his all.

It’s appropriate that Demme went out with two films about the healing and unifying power of music. The other was 2015’s “Ricki and the Flash,” with Meryl Streep as a middle-aged rock ‘n’ roller who makes life difficult for her family a la “Rachel Getting Married.” It, too, ends with a wedding, but this time our protagonist is the one who orchestrates the joy: Streep rips into a cover of Bruce Springsteen’s “My Love Will Not Let You Down,” and suddenly all the pain and grievances and spats between her and her family melt away. For four or five minutes, at least, all is love.

We haven’t even gotten to some of the other Demme biggies, including perhaps his best film; his body of work is that diverse and rich. He cut his teeth on slimy Roger Corman B-movies, like “Caged Heat.” He directed Mary Steenburgen to her Oscar with the eccentric “Melvin and Howard.” He was the first to make a movie out of one of Spalding Gray spoken-word shows via “Swimming to Cambodia.”

And, of course, he made the great, great, great “Something Wild” (pictured above), the first movie you point to when you say Melanie Griffith is a fantastic actress. It starts out as a screwball comedy, then all of a sudden turns into a harrowing film noir. It might be his masterpiece — or maybe that’s “Stop Making Sense.” We could never decide.

A quick word about 1988’s “Married to the Mob,” whose ending we caught while flipping channels the other week. It might not crack our top five Demme movies (although it might), but it’s a goofy, silly, loopy delight, with peak Michelle Pfeiffer (wielding a hilariously broad Brooklyn accent) and a fondness for all characters, even for its array of muderous mafia goons. Even when helming a studio mob comedy, he created something that made you want to be a better, more open-minded, more generous person.