Kathleen Hanna is feeling pretty good about getting back on stage 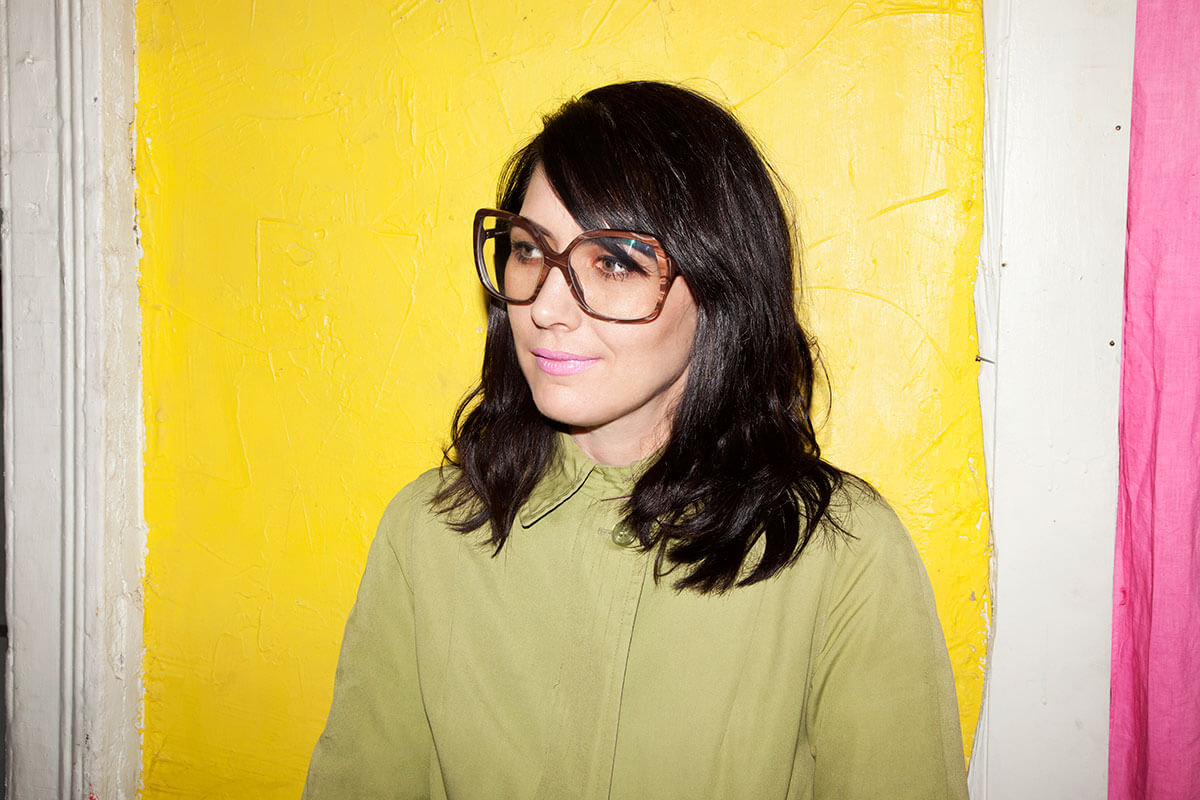 Mention the ’90s feminist/punk rock movement Riot Grrrl, and two things come to mind: the band Bikini Kill and its activist frontwoman, Kathleen Hanna. Since then, Hanna has started two new bands, Le Tigre and The Julie Ruin, battled Lyme Disease and married fellow ’90s music icon, Beastie Boy Adam Horovitz. Now, between writing a new album and lecturing on feminism and equality, Hanna is coming to the Wilbur Theater for ‘An Evening with Kathleen Hanna.’ She talked to us about her ’90s days, feminism in the music industry and how it feels to get back on stage.

What can people expect from an evening with you?

I’m going to hit on Riot Grrrl, because that’s what people want to hear about — the ’90s punk [scene] and how I’ve grown as an artist and personally. I’m assuming a lot of the audience is going to be activists and people who are interested in politics and music and how the two mix, and so I really want to talk about that and some of the pitfalls of being in a leadership role and not really knowing what you’re doing. [Laughs]

How do you feel about feminism in the new millennium?

We’re in a really good place now. There’s still massive amounts of violence against women, there’s still inequity in pay, we still don’t have the ERA. There’s still so many problems, clearly. But the great news is people are actually talking about it like it’s real, and it’s not normal and it’s not ok. It’s not as naturalized as it was in the ’90s, it’s more like people read the stories and go [gasp!]…And it wasn’t always like that.It’s only been in my lifetime that domestic violence shelters even started as a real concept with financial backing. Like, my mom used to work crisis phones in the basement of a church, just because there was such a need for it. So I see things having really changed for the better.

What about in the music scene?

There’s so many more feminist identified women in bands that I just feel really excited about the international conversation that’s taking place about what it means to be a female-identified person in music, and there is still a real disparity in pay and in the way you get treated, and the way you get spoken about and that kind of thing. What you look like is so much more important that what you make and that’s always frustrating, but it’s kind of a part of the game, which is sad.

Which artists do you think are carrying on the torch on in the movement?

I really like Lauren Mayberry from Chvrches. She says a lot of really smart things. I’m really excited about Beyonce, to be perfectly honest, because I’m a sucker for her music. She writes great songs; she’s an amazing singer. Having an all-woman band on tour and stepping out with the huge neon lights that say ‘feminist’ — that was a big moment for us.

You were diagnosed with late stage Lyme Disease, and you’ve had to deal with that for nearly a decade. How does it feel to be performing again after being sick for so long?

It feels great. I still have a little bit of stuff I have to do that has to do with the Lyme, because the testing just isn’t there to know if it’s completely gone…So there’s still some issues with that, but when I get on stage, I’m just totally happy. I just feel so f—ing grateful that people leave their homes and come out to see a band that I’m in or come out to see a lecture that I give. In the age of the Internet, to get people out of their apartments — it’s the stuff that makes you cry…And it feels like so much better than it did in the ‘90s because in the ‘90s it was always guys yelling, ‘Take it off!’ and trying to beat us up and stuff, and it’s like now everyone’s just like, ‘love, love, love.’ [Laughs] It’s a different world, and I think we kind of came out on the right side of history.

Why did you decide to take part in “The Punk Singer” documentary about you and the Riot Grrrl movement?

I thought I was dying, and I didn’t know what I was dying from and I just wanted to wrap everything up. My friend Sini Anderson happened to show up at the right time and the right place, because I never would have done it otherwise. And I also had this thing where I was always like, ‘I’m not the queen of Riot Grrrl, I’m just a person!’ Like, ‘It was a whole bunch of people that made that happen!’ And, ‘a bunch of people have been erased from history!’…But then I was alsolike, ‘But wait a minute, I have had an impact on punk-rock culture,’ like, ‘I should have a documentary made about me.’ I started to see that I was kind of internalizing sexism…And I was like, ‘Fuck yes, I do deserve credit, I’m awesome.’ And I never am proud of what I’ve done, I’ve always just slid the record under the door…But the actual feeling of being in a documentary… it feels weird because it’s somebody else’s take…It’s not perfect, because life’s not perfect, so — wait till my book comes out in 20 years, then you’ll hear the real deal [Laughs].