The 2016 NFL Defensive Player of the Year is currently in search of a new contract as the current deal that expires at the end of the 2018 season will pay him $13.8 million. That base salary is the fourth-highest among defensive ends in the league in 2018 and 12th among all players.

Mack — who has put up a combined 36.5 sacks over the last three seasons — is reportedly looking for an annual average salary of $22 million in a new deal, according to NFL analyst Michael Lombardi. 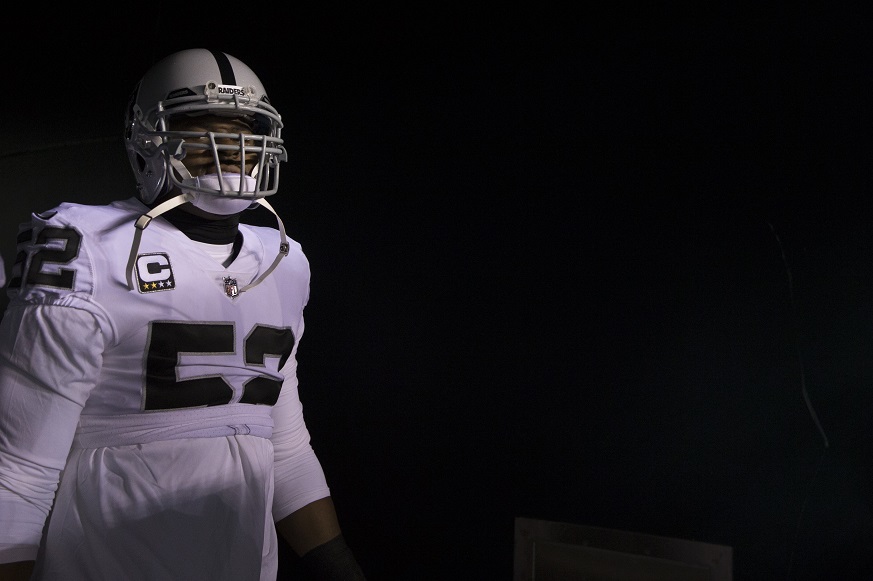 The Raiders and head coach John Gruden have not been in any sort of talks with the three-time Pro Bowler, though. With the 2018 regular season less than a month away, it has led to the idea of a trade gain more and more traction.

The longer Mack and the Raiders keep up this silence, the more likely a trade could happen. The bookmakers in Vegas are wasting no time, either, as odds for Mack’s future team have been released.

The Packers are the surprising frontrunners to acquire Mack before Week 9 of the regular season with all three New York teams, the Giants, Jets and Bills, not too far behind as well.

It would obviously take a pretty penny to acquire such a talent via trade, especially one who is entering the prime of his career at 27 years old.

Not only would Mack’s new team have to quickly sort out a contract extension to ensure he doesn’t hit unrestricted free agency in the winter of 2019, but they would have to give up a few big pieces just to get him from Oakland. It would likely come in the form of a first-round pick and more.