Last night, famous reality star and, um, political activist Kim Kardashiam made an appearance on Jimmy Kimmel Live. The reality TV star covered a lot of ground with her latest late night appearance, as she talked with Kimmel about her recent campaign to have President Donald Trump commute the scentence of Alice Johnson from a conviction handed down from unjust drug laws. It was a pretty humorous conversation, as Kardashian treated Kimmel with an anectdote about how she was in the middle of a nude photo shoot when Trump called to give her the good news of Johnson’s pardon. Of course, Kimmel pressed her on the Kanye West Trump love affair and how it is affecting the couples dinner conversations. Here’s what she had to say. 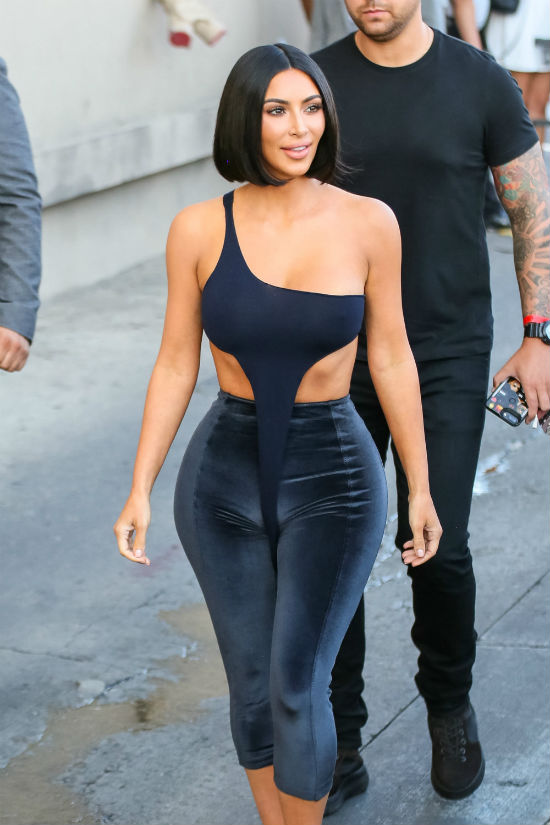 Kim didn’t shy away from the question, and provided Kimmel and the crowd with a little more insight into the Kanye West Trump bromance that is soo perplexing to fans of the rapper.

“He doesn’t necessarily agree with the policies. He likes his personality and how me made it to be president when everybody really underestimated him,” Kardashian explained. Adding “He’s not political. So, he doesn’t really dig deep into what is going on.”

Kimmel seemed to laugh at the notion a little bit, but could accept the answer that Kanye seemed to take a liking to Trump basically because of his take no prisoners attitude.

After, she explained that while she does not agree with most of Trump’s policies she does not hold any ill will towards the President since he has been instrumental in helping in her campaign to release Alice Johnson from prison.

You can check out Kim’s full explanation of the Kanye West Trump love affair and the rest of her Kimmel appearance below.