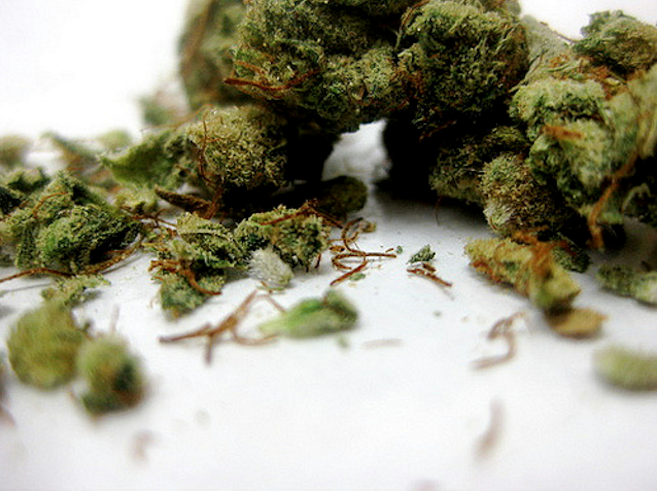 The president of the company that secured the state’s first retail marijuana license Monday said he expects to be selling non-medical marijuana in Leicester in a matter of weeks.

The Cannabis Control Commission voted unanimously Monday to issue a provisional license to Cultivate Holdings, Inc. to operate as a retail marijuana shop, conditional upon additional background checks and facility inspections. Cultivate already grows, processes and sells marijuana to medical program patients at its 23,000-square-foot facility in a former tool and die shop on Main Street in Leicester.

Sam Barber, president of Cultivate, told reporters after Monday’s CCC meeting that his company will be ready to start selling adult-use marijuana as soon as state regulators approve a final license.

“I feel like we’re ready. Our team has been working very hard and I’m hopeful in the next few weeks,” Barber said when asked how soon he expects to be selling non-medical marijuana. He added, “We’re lucky, we have everything at our facility; we grow, we process … in terms of having the ability to do it, we’re ready to go.”

The company has also applied to grow non-medical marijuana and manufacture non-medical marijuana products. Those applications are among about 60 that remain pending before the CCC. Barber said Cultivate is hoping to double its production in the coming months from its current growing canopy of less than 10,000-square feet.

Cultivate has received all necessary approvals from Leicester and the CCC received no objections to its license application, Executive Director Shawn Collins said. The company has also agreed to donate 10 percent of its profits to community charities once it is profitable, Collins said.

“We’re very excited to be the first and with this exciting industry ahead, we all feel it’s going to be tremendous for the commonwealth,” Barber said. “The amount of jobs that this is going to create for the local community, especially our town, and the amount of tax revenue is going to be a huge help.”

Even after it gets a final license from the CCC, Cultivate will not be able to sell any non-medical marijuana until it has been tested and approved by an independent testing laboratory. Two labs have begun an application with the CCC but none have submitted a complete application, so that critical piece of the supply chain remains missing.

Barber said he is not overly concerned about the current lack of testing labs and said he thinks the CCC is going about launching the newly-legal industry in the right way.

“I feel good about it. I’d rather have the program done in the right way and everyone feel comfortable,” he said. “Our team has a tremendous amount of work getting ready for this big influx and we’re excited.”

CCC Chairman Steven Hoffman said Monday that he expects the issue with testing labs “will be resolved in time” and that the ball is in Cultivate’s court if it is serious about opening for non-medical sales within a few weeks.

“It’s primarily on his table, which is how quickly can he tell us that he’s met all the conditions and is ready for an inspection,” Hoffman said. “I will say, as soon as he tells us that we’ll be able to inspect very quickly. So I think the timetable really is at his control. I hope he’s right.”

Lawmakers and the CCC had adopted July 1 as the target date for the start of retail marijuana sales, though the state’s new marijuana law did not establish a firm launch date. Hoffman and other CCC officials have repeatedly said that it is more important for them to establish the industry on a solid footing than to ensure stores open quickly, a position that was reiterated Monday.

Gov. Charlie Baker on Monday said he agrees with the tack taken by the CCC to this point and said the young agency has “done the job quite well.”

“It’s better to get it right and I think in many ways, based on the experience and the conversations that they and me and others have had with the folks in Colorado and Washington, it’s very clear that you only get one shot to roll this out and it’s very hard to change if you don’t do what you think you should have done the first time based on experience on the ground,” Baker said. “I think they’ve done a great job of being available, of being accessible, of collecting data input from all over the place, and I’m encouraged by the work they’ve done so far.”

Also Monday, the CCC approved provisional marijuana manufacturing and transportation licenses for Sira Naturals, the Milford-based company that has already been authorized to grow up to 20,000 square feet of non-medical marijuana.

The transporter license the CCC approved for Sira on Monday will allow the company to begin transporting its marijuana sold wholesale to other licensed marijuana businesses. The product manufacturing and transportation licenses are both conditional, pending additional CCC inspections and background checks.

Commissioner Britte McBride asked that commissioners receive either photos or prototypes of the packaging Sira plans to use before voting on a final license so they can ensure it conforms to the CCC’s regulations.

“Particularly out of the gates, I’m going to want to make sure that our labeling and packaging requirements are effective and doing what they’re intended to do,” she said.

The CCC is expected to meet next on Thursday, July 12.